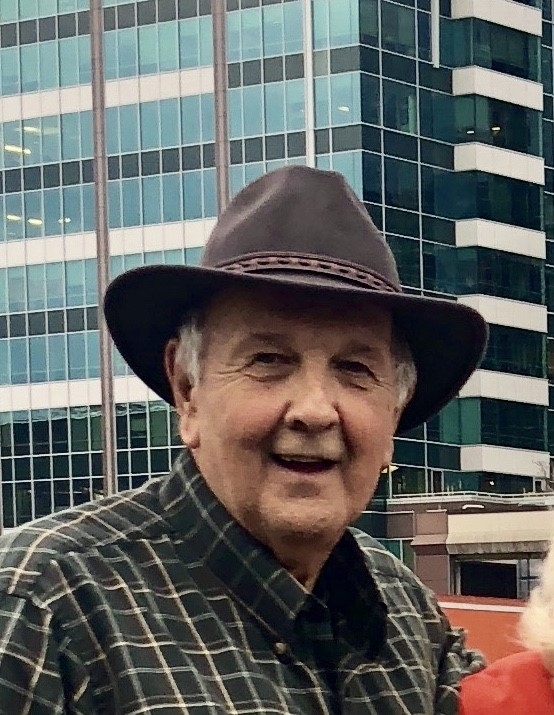 Gary Wayne Waller, age 73, Lee’s Summit, MO, was surrounded by family when he peacefully passed on March 29, 2020. A Missouri native, born in Bonne Terre, Gary graduated from the University of Missouri, Columbia, with a degree in Physical Education. Gary taught high school in Wright City, MO, before joining Montgomery Ward, and moving to Portageville, MO. An easy talker and good at sales, he quickly became district manager and moved his family to Kansas City, MO. Gary worked for Montgomery Ward, The Medicine Shop, Revco, and other sales positions before he retired in 2003 to their farm in Cass County, MO.

Gary was an avid fisherman and enjoyed spending time catching bass with his father and brother on a private lake near Salem, MO, as well as with his children and grandchildren on his ponds when he lived near Greenwood, MO. Gary was an avid golfer. He practiced and honed his golf skills on his own range he created on his property. While he never hit that magical hole-in-one, Gary was a fun and upbeat person who you enjoyed having in your foursome.

Two years ago, Gary and his wife Kona Allen Waller made a bold move to Nashville, TN, where they enjoyed live country music and milder winters. Gary enjoyed playing guitar, song writing, BBQ’s and social gatherings with his friends and family.

Gary was preceded in death by his mother, Mary Kirby Waller, his father, Clarence Waller, Jr., and his brother, David Waller. Gary will ultimately be laid to rest in Greenwood, MO.

To all of you my sympathy. How lucky we were to have Gary around. Always good to make us laugh. I will always remember that smile.

Kona you and Gary are so precious to Henry and me. We are heartbroken for you and the entire family for the loss. We are blessed to have so many wonderful memories of adventures with you and Gary. We love you Kona and will always be here for you. Gary we will see you in heaven!

So sorry for your loss. You and your family are in our thoughts.

What a wonderful life Gary had! Any of us who spent time with him, even when infrequently, knew we were lucky. It gave me great joy to see the love between Kona and Gary – you just knew they were right for each other: the way they chose laughter and joy was just clear evidence. Thank you for sharing.

Sorry, for you loss. Your family is in my prayers. May God give you peace.

This is a beautiful tribute to a wonderful man who will be missed by all who knew and loved him.

So sorry for your loss. May he rest in peace and God bless you and your family. Be safe

I’m praying that God will put a balm on your heart, Kona, and the hearts of all who loved him and are feeling his loss. You were truly blessed with his presence in your life.

We share in your grieve & sadness at Gary’s passing. Life will certainly not be the same without Gary. Our God and wonderful memories will carry you through this valley of life. Love you Cuz

I’m sorry for all your loss! Thoughts and prayers are with you! We will miss seeing him on here! Wish I could of seen him in person more recent. Love you guys!

Gary left way to early, he will be missed by many people, friends and family. His suffering is over for that we can be grateful. He always had a great smile to share with everyone. We always enjoyed our time with him. May the pain of his passing on his family, help them remember the good times only.

Kona and family, I am so sorry for your great loss. He was a wonderful, kind soul that brightened all your lives. You were/are so blessed to be a part of his life. God bless. Prayers and hugs. Looking forward to celebrating his life with all of you. Love…Nancy

Kona & Family – All we could do is just sit her looking at Gary’s picture, and remembering his infectious laugh. We are so sorry for your loss, and he will never be forgotten. He will be forever smiling on our computer screen (picture program).

Kona I am so sorry for your loss.

We are so sorry for your loss. You and Gary got to spend so many happy years together–what a blessing! Our thoughts and prayers are with you during this very difficult time.

Kona, I never got to meet Gary but he sounded like a wonderful person and your soul mate . I am so happy for you that you found that an have those wonderful memories. God bless you an may time help make the tears fewer an the smiles and fun memories bring laughter. Prayers and hugs Tina

Kona, I’m praying for the comfort of the Lord for you and your family. May his peace be with you all. Sincerely, Ree

Kona
Although I never met Gary I have enjoyed watching you your twos live story and happiness over FB. He seemed like a wonderful person. Just remember a person like that is never truly gone he will always be with you. My thoughts and prayers are with you and all of your family at this time.

Gary was a good friend and neighbor and will be dearly missed. He was always good for a story about fishing, sports or when Kona backed his new convertible into a fire hydrant

He lived a good life, he loved Kona and his family, he saw the Royals win a World Series and the Chiefs a Super Bowl, both for the second time. He didn’t get his hole in one, but when my first comes, it will be part his.

We love you, Gary, and pray that your family will always remember the good times.
Richard and Jeannie

So sorry for your loss Kona You and Gary made a wonderful couple and made many people happy. He will be missed. Praying for God’s comfort for you, family and friends.

My sincere condolences to you Kona and all Gary’s family. Hoping that you’re comforted by memories, the care of others, and the healing power of time.

Kona, I’m so sorry for your. You and your family are in my thoughts and prayers.

Kona…My deepest sympathy, I so enjoyed following you and Gary on all your adventures. I’m so sorry for your loss.

Kona praying for you and your family. While I didn’t know Gary I loved seeing your adventures and live. Sending a hug!

Condolences to Gary’s wife Kona, Son Chris, daughter Lisa and the grand children as a real good man has left us.
Sorry that I didn’t keep in touch over the years after we met in Wright City and we’re best friends for a few years when our families were young. Life goes by so fast.
God Bless

We were blessed to have Gary and Kona as neighbors for a few short years. Gary always had a welcoming smile and a wonderful hug. We look forward to getting together with everyone and celebrating a life well lived.