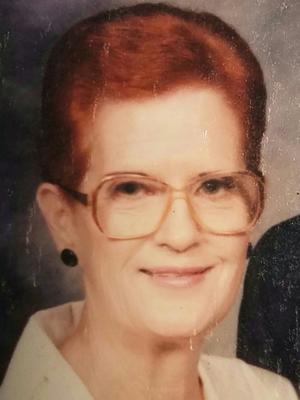 Gervis “Tommie” Alley, age 82 Olathe Ks. Passed away June 26, 2018. She previously resided in Lee’s Summit MO, and Coker AL. Visitation will be July 5, 2018 1 PM at Langsford Funeral Home, Lee’s Summit MO. Funeral services will begin at 2 PM. In lieu of flowers, the family is respectfully asking for donations toward the funeral costs.

Tommie was born April 4th, 1936 to Jadie and Daisy Thomas in Bessemer Alabama. She was one of 8 children. After graduating high school, Tommie enlisted in the Air Force. Becoming stationed in Belton Mo, she met and married the love of her life, Albert Whalen. Her family continued to grow with the addition of daughters Peggy and Laura. After the sudden death of Al, Tommie began working at Western Electric/AT&T. Her life continued to grow, she met and wed Leo Alley and remained so until his death in 2002. She resided in Lee’s Summit for 32 years, moved to Alabama in 2004 to spend time with her sisters and returned to KC area 2 years ago to spend time with her immediate family.

Tommie was a Born Again Christian active in the church for many years. She was an avid bowler and Order of the Eastern Star member. She was a peacemaker, fighter, poet and writer. Her love of Diet Pepsi, tomatoes and Alabama Football was legendary. Of all of the life accomplishments, her family made her the most proud. Her southern charm, kindness and quick wit will be missed by all. She was preceded in death by parents Jadie & Daisy, brothers Jadie Jr, & Robert, Sisters Molly & Gertis, husbands Albert Whalen and Leo Alley. She is survived by sisters Bettye Henry, Dorothy Benson, brother Jack (Barbara) Thomas, daughters Peggy Strong, Laura Swenson, Grandchildren Lisa (Jim) Gordon, Kelly (Pete) Carrillo, Richard Porter, Christopher Porter. Great- grand Children: Gregory, Brianne, Jadie, Emily, Allie, Marie, Xaiden. In addition to numerous nieces, nephews and friends.

We love you Tommie! Happy Trails!