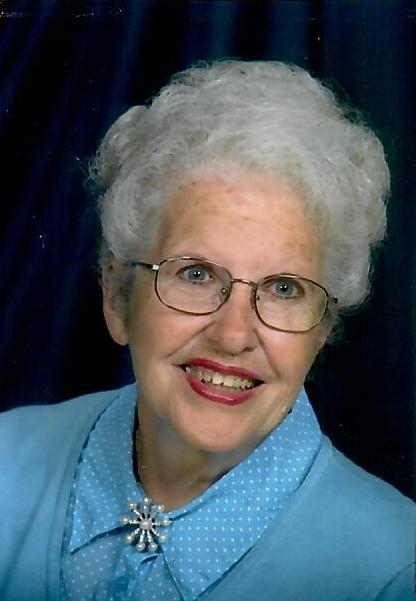 Gloria was born in Republic, Missouri on February 27, 1933 to Dorsey and Mary Fuhr. After high school graduation in Springfield, she attended Southwest Missouri State. She was a loving stay-at-home mother for many years. She later decided to return to school at the University of Missouri – Kansas City and earned a Bachelor of Science degree with honors in Geology. After obtaining her degree, she worked for the Internal Revenue Service for several years prior to retiring. A resident of the Kansas City area for 60+ years, Gloria was active in The Summit Church Women’s Circle, Daughters of the American Revolution and The Midwest Genealogy Library.

Gloria was preceded in death by her husband of fifty years, Robert. Gloria is survived by her three sons and their spouses: Robin and Karen of Lee’s Summit, Randy and Tina of Ann Arbor, Michigan, and Richard and RaSoyna of Abilene, Texas. She leaves behind 10 grandchildren: Kristen Hetter, Karissa Pearce, Dillon Pearce, Remmington.

Flowers can be sent to the The Summit Church on Monday August 15, 2022 or in lieu of flowers, memorial contributions may be made to the The Summit Church Women’s Circle or the Robert L. Pearce Scholarship fund at Missouri Science and Technology held with the Miner Alumni Association in memory of Gloria Pearce. https://www.mineralumni.com/ Or you can call the Miner Alumni Association at 1-800-566-4637

I never met your mom, but I can tell how wonderful she must have been just by knowing you. We reflect the best parts of our parents thanks to the loving way they raised us. Take comfort in your memories as you grieve

Our prayers are with you. GiGi was a very sweet and kind woman and I enjoyed our time talking. Zoey loved her and she will be missed. Heaven gained an angel. Prayers.to you and your family.