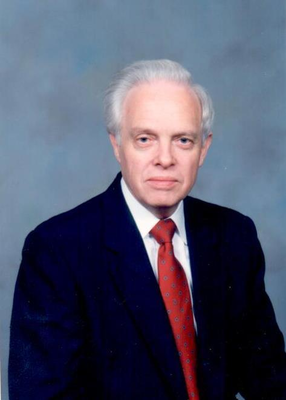 Gene Gamber passed from this life on March 7th, 2018. Harold Gene Gamber was born on December 11th, 1933 to Alvin and Virginia Gamber in Sedalia, Missouri. He has a twin brother, Howard Dean of Lee’s Summit, Mo. Gene was preceded in death by his wife Sylvia; an older brother, Alvin Warren; and sister, Ada Francis.

Gene attended Smith Cotton High School in Sedalia, Missouri. Shortly after graduation, Gene and Dean enlisted in the United State Marine Corps. Upon graduation from basic training they made Marine Corps history when both received the Honor Man Award. After the Marine Corps, Gene married. He and his wife Sylvia raised three boys: Mark, Steve, and Kevin. Gene had eight grandchildren: Tyler, Cody, Justin, Jason, Jaron, Kayde, Bradyn, and Josie. Gene worked in the financial department for 30 years at the Leeds General Motors plant in KCMO. Appointed Comptroller and then after retirement was a small business owner in Lee’s Summit, Missouri. He was involved in numerous boards, committees and fundraisers. In 2005, Gene was named Citizen of the Year by the Truman Heartland Community Foundation. In 2008, he received a citation award from the Pro Parks and Recreation Association and was named Outstanding Citizen by the Great Lakes Regional Council of the National Recreation And Park Assiciation. In 2008, the new senior center in Lee’s Summit was opened up and named after Gene, The Gamber Center. Gene was a longtime member of Turning Point Church in KCMO.

My sympathy to the family of Gene Gamber. I remember him and his family from Blenheim Assembly of God Church. Lots of good friends from that church and under the pastoral of Rev. Milton Beckett. May God ease the pain, and bring all the good memories of the many years of you being together. Cheryl Martin

I have known Gene for many years. Lee’s Summit had no one who was a bigger supporter of this community than Gene. He has been a pillar for every cause toward the future here. He has been a neighbor, friend and will be dearly missed by all who knew and loved him. I am glad we talked last week on the upcoming election and life in general. Our condolences to the family. Steve and Kathy Parker

Only now, will we fully understand how much good Gene Gamber brought to our community. Although he was a very humble and quiet person…he was man of great character and honor. I considered him a friend and will miss him greatly. Thank you sir for making such a wonderful contribution to our community in so many ways.

Gene was more than a friend or neighbor, he was more like a brother. Having met 50 years ago, we soon became friends as we served together and visited in each others homes. When Gene moved to Lee’s Summit, we so often shared lunch together. We introduced him and sometimes suggested he might be a good one to get involved in Lee’s Summit activities. Well, I guess we all know what happened once he became involved. Our family was close to Gene, in fact our grandchildren thought Gene should be a participant in every ballgame and the recipient of their cookie baking. Gene was always available if there was a need, and could be depended on to do whatever possible to handle the problem. We will greatly miss our good friend.

Mark, we are very sorry for your loss. We are praying for comfort as only Holy Spirit can comfort for you and all your family. God Bless. Wayne and Becky.

A model civic entrepreneur, Gene was the north star around which so many community projects found advocacy AND funding. Quiet and with purpose, Gene inspired “going high” when some would be content with the status quo. He , like Mary Stacy, will be missed as part of Lee’s Summit the DNA.