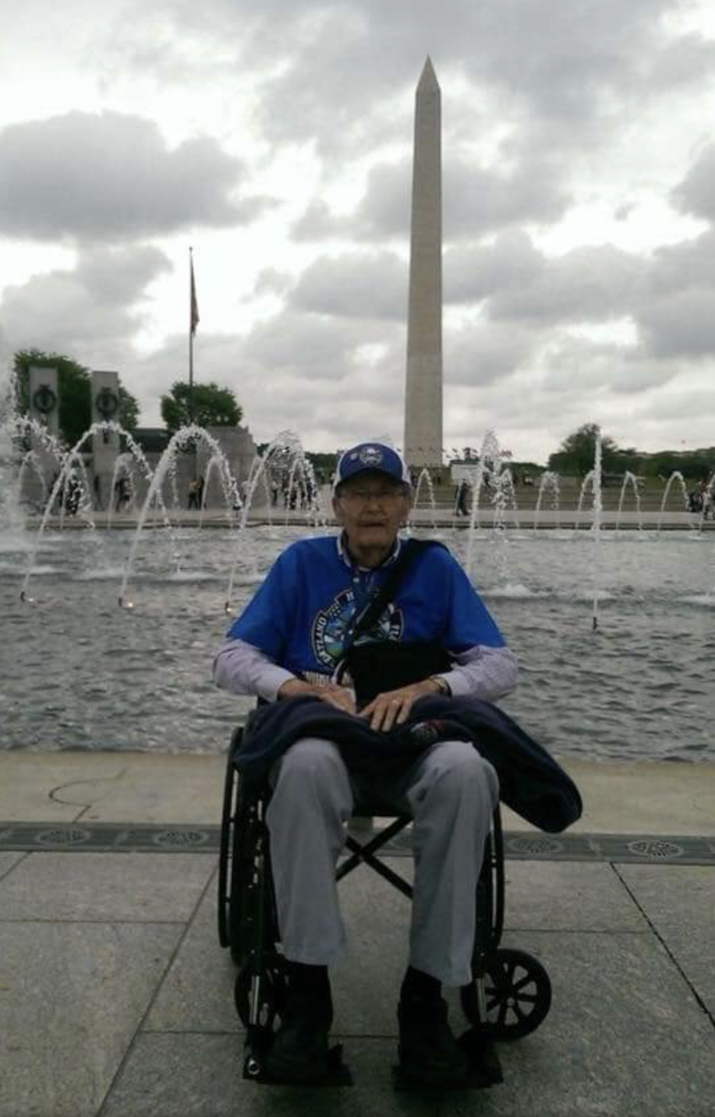 Harold (Dick) Brummel, 95, of Lee’s Summit, MO passed away on November 14, 2020 at the home.  Dick was born in Kansas City, Kansas to Harold J. and Helen (Stretz) Brummel on September 29, 1925.  He graduated from Rockhurst College in 1948 with a Bachelor of Business Administration degree after having spent two years in Europe during World War II.

He is survived by his wife of 72 years Mary, sons Dick (Jane), Mark (Carolyn), David (Denise), Mike (Diane), daughter Patty Brummel and daughter in law Susan Forward, 14 grandchildren and 17 great grandchildren.  He is proceeded in death by his parents, son Phil Brummel and grandson Benjamin Brummel.

Dick worked in the pharmaceutical industry as a salesman for over twenty years and then in private accounting for the remainder of his career, retiring in 1989.  At that time, he Mary, and Patty lived in Joplin, Mo where they called home for 15 years, moving to Lee’s Summit in 1995.

Dick was a proud man.  He was proud to be a son of parents that raised him through the depression years.  A time that caused moves from Kansas City to Boonville, Mo, Bedford Indiana, California Mo and finally to Lee’s Summit where he grew up and graduated from the Lee’s Summit High School.

Dick was proud of his service to his country serving in the Army from 1944 through 1946.  He spent the winter of 1944/1945 marching across Europe and was part of a small contingent of soldiers that met up with the Russians at the Elbe River in April 1945.  He always said that he got cold in December 1944 and never warmed up! Dick received the Purple Heart and Bronze Star for his service.

Dick was extremely proud of his sons’  accomplishments through life.  From sports to college degrees, business accomplishments and especially raising their own children.

Dick reserved a special type of pride for his daughter Patty, who he described as a true light in their lives.  Patty attended State Schools for the Mentally Retarded until age 21 and then began her work career at sheltered workshops in Joplin and Kansas City.  Patty lived with Dick and Mary until 2005, when she moved into the Cabrini house with five other ladies and still lives there today.  Dick would say that the day she moved in was the toughest day of his life!

Dick, Mary and Patty enjoyed many driving trips throughout the United States.  His last big trip was to Washington DC with the Heartland Honor Flight for WWII veterans.  He made this trip even though he had been in the hospital just weeks before.  When he set his mind to something it generally happened.

Dick’s entire family will miss his level-headed, logical thinking, quiet manner and the love he showed them.

Memorial contributions may be made to Our Lady of the Presentation Church or Bishop Sullivan Center.

Mark I’m so sorry to hear about your dad. Streaming prayers and hugs to you and your family.

What a great guy and wonderful life. Our condolences to you and your family.

Mike, With deepest sympathy to you and all your family. What a great life your dad lived. I will keep you and your family in my thoughts and prayers during this most difficult time.
God Bless you all, Cathy Balestrere Hopkins

Dear Brummel Family-I am sorry to hear of Mr. Brummel’s passing. I have great memories of your family and the fun times we had on Mersington. The tribute to your husband and father is so dear and honors a man who leaves a beautiful legacy for his family and the friends who love him. We give thanks to God for Mr. Brummel’s life and his service to our country. Surely Phil was with your Dad as he took his last breath and guided him to Heaven where he will enjoy the Heavenly Reward he so deserves. Prayers for the repose of the souls of both Mr. Brummel and Phil, and for your family as you mourn their losses. My condolences on behalf of the Kartman family. And a big hug to Patty who I remember with great fondness. Patty’s hugs are still memorable to me to this day! I enjoyed the times I got to babysit her in her younger years when your folks were busy with you guys.

To the Brummel Family and Friends, I went to O’Hara High School with Mike and knew Mark from working at Brandsmart. Please know that your family is in my prayers during this time and I pray that you find peace in Dick’s passing. What a wonderful husband, father and person he was during his lifetime. I thank him for his service to this country.

So very sorry to hear about the loss of your Dad. I will keep you and your family in my prayers.

My condolences to Mrs. Brummell, Mark, Dick, and the entire family for such a great loss

I am so sorry to hear of the passing of your dad. He was such a nice man and I know that both our dads enjoyed visiting with one another over the years that we were growing up. Mark spent a lot of time at our house and Mike and I were in the same class. On behalf of the Griffins, please know that you are in our prayers.

Again so sorry Mark I was hoping to be at the services but had a Dr appointment yesterday! I’ve been thinking of you and your family!

My sincerest condolences go out to Mark and his family for the loss his father.

Brummel family,
I am sorry to learn of your Dad’s passing but confident he moved from his family’s loving care into God’s welcoming arms with a resounding “well done, good and faithful son”. Though I did not know your dad well, I can say Don and I knew several of his family members in various capacities for many years. Treasure your memories and know he rests at peace with the Creator and those who went before him. Grace and peace as you mourn his passing and celebrate his life and legacy.
Robin

Dick, I just recently heard that your dad had passed away. I am so sorry for you and your family. It’s tough losing a parent and I wish so many times mine were still around. I have many questions I’d like to ask them!
The obit was beautiful. What an amazing life he lived. I remember when he worked in pharmaceutical sales and gave me contact lens solutions which was so nice for a poor college student.
Also, I was not aware that Phil had died but I know the pain of losing a sibling.
You and your family have been in my thoughts and prayers.
Jeanne

Wednesday, November 18, 2020
11:00 AM at Our Lady of the Presentation Catholic Church
Send Flowers
Send Gift/Memorial