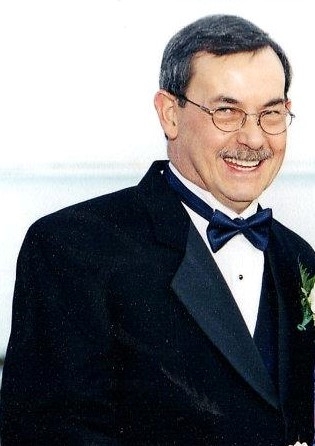 Durham, NH – Harry Charles(“Chip”) Hennequin II, 75, formerly of Lee’s Summit passed on July 2, 2022, of complications from COPD and Parkinson’s disease. He was born in Hartford, CT on August 23, 1946, the son of the late Harry and Elizabeth Jane (Rose) Hennequin.

Chip spent most of his childhood growing up on Long Island in Westbury, NY and moved to Clearwater, FL in 1960. His family later moved to Machias, ME as he was entering his senior year of high school, and he graduated from Machias Memorial High School in 1965. All his life he spoke fondly of the places he lived as a child, most notably, Machias, and nothing delighted him more than trips to visit his brother in downeast Maine and grabbing a piece of strawberry pie at Helen’s Restaurant.

No sooner had Chip graduated high school that he left for the U.S. Navy where he spent the next 23 years of his life. First at sea, spending time on six different ships, including aircraft carriers, guided missile destroyers and tankers, including his beloved U.S.S. Hancock, whose name was tattooed on his arm. In the late 1970s, Chip became a Navy recruiter, first in Torrington, CT and later in Kansas City, MO, helping hundreds of young people join “his Navy” as he referred to it. He retired in 1988 as a Senior Chief, one of his proudest achievements, and a name he liked to be called by for the remainder of his life.

While on leave from the Navy, he visited his mother at Unity Village and it was there that he met the love of his life, Gladys. After a wedding at the Silent Unity Chapel on New Year’s Eve 1969, he spent the next 50 years with his beloved Gladys, raising three children, and living together in six different states, before settling into Gladys’s hometown of Lee’s Summit in 1980. Gladys’s name was tattooed on Chip’s other arm.

If you knew Chip, you knew he was a character with his own unique sense of humor. Everyone had a nickname – whether you knew it or not – and in every interaction Chip made he tried to make people laugh. It was this love of people and desire to make others laugh that suited Chip well in his second career (and his volunteer job for years as a greeter at Our Lady of Presentation Church). After retiring from the Navy, Chip worked for over a decade as an orthotist, making and fitting braces and artificial limbs for patients through COPA in Kansas City before his second retirement in 2002.

Besides jokes – some appropriate and some not so much – and telling stories and fish tales, Chip acquired an affinity for wearing “funny” T-shirts. Often, they made his family cringe a bit, but they always made others smile. Chip was a savage cribbage player, a skill he perfected during long stints at sea and that he passed along to his children. He loved to fish and fix things around the house, and had an unparalleled work ethic. Chip always loved eating pistachios, licorice jellybeans, ice cream sandwiches and hermit cookies, washing it all down with his ever-present Coke Zero. He was a friend to many – friend and strangers alike – and his larger-than-life character will be missed by all those he touched during his life.

Chip is predeceased by his wife Gladys, his sister Pamela Jane (Hennequin) Chamberlain, and his parents. Surviving family members include sons: David Hennequin and his wife Tricia of Portsmouth, NH and James Hennequin of Lee’s Summit, MO; daughter: Sandi Hennequin and her husband Steve Marchand of North Hampton, NH; and his beloved grandchildren: Stephanie Hennequin of Providence, RI, Kirk Hennequin and his wife Kelsey of Plymouth, MA, Samantha Hennequin of Portsmouth, NH, and Abbi and Maggie Marchand of North Hampton, NH. Chip also leaves behind his brother Marshall Hennequin and his wife Donna of Robbinston, ME; his loyal dog Molly Anne and cat Jiggy; and many special nieces and nephews. Chip loved his family fiercely and over the years cherished many special Christmases spent in Missouri, Kansas and Texas, and summer trips out East to be with his family.

A funeral mass will be held at 10:00 AM on July 22 at our Lady of the Presentation Church in Lee’s Summit, with a burial to follow at Floral Hills East. The family invites family and friends back afterwards for a funeral lunch at Our Lady of the Presentation. A visitation will be held from 5:00 PM to 7:00 PM on July 21 at Langsford Funeral Home in Lee’s Summit, and the family encourages Chip and Gladys’s family and friends to come and celebrate both of their lives with us. The Rosary will be said beforehand at 4:30 PM.

Chip was one of the first neighbors I met. He came to my garage sale. He was always friendly and “funny”. I loved his funny T-shirts and humor. He was a character! His nickname for Brantley was “Mr. Rhonda”. I am not sure Brantley liked that but I did! I enjoyed his company and his patriotism. He will be missed greatly. Chip is with Gladys in heaven!