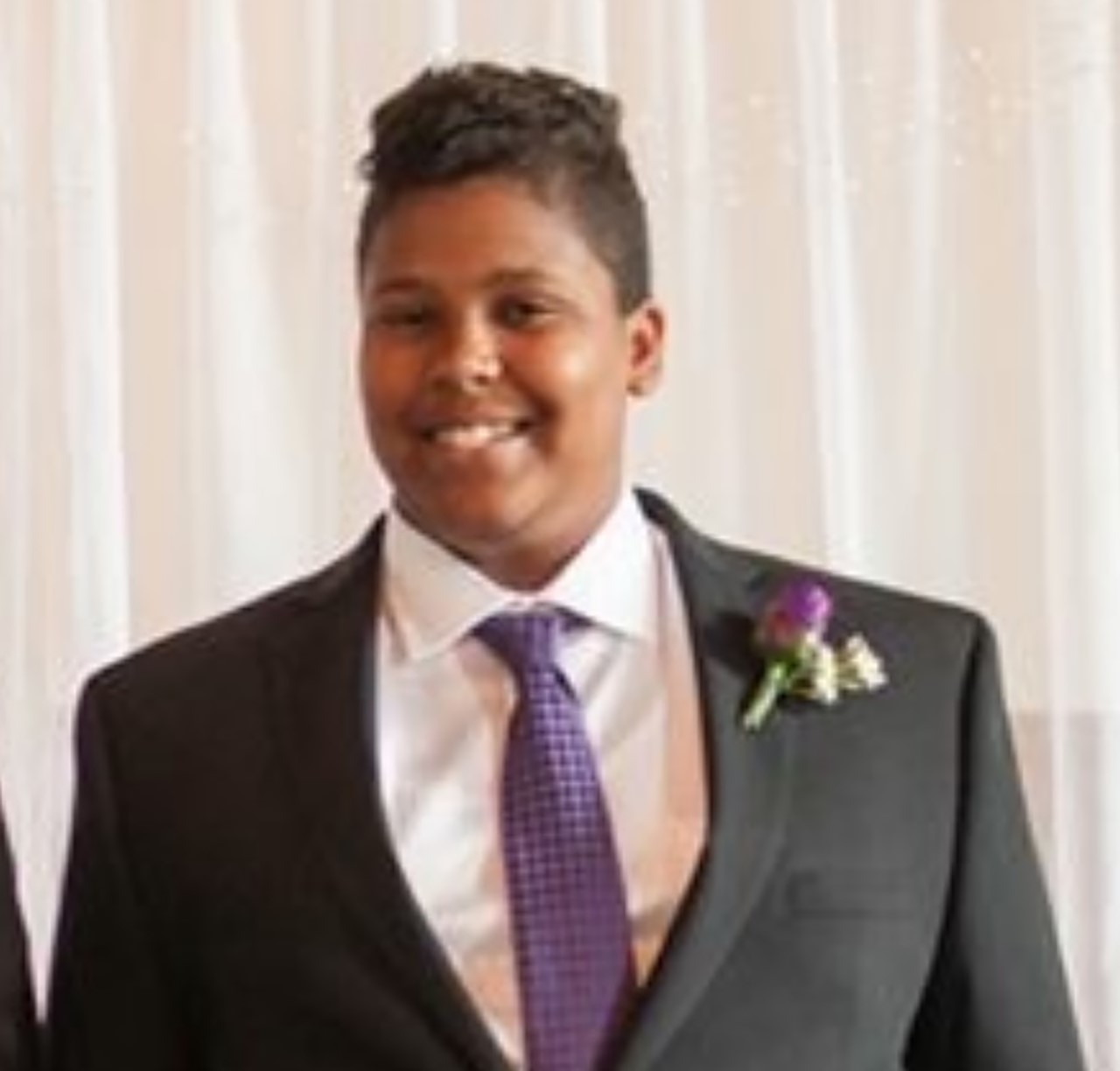 Harry grew up in Lee’s Summit and attended Lee’s Summit R-7 schools. He was a member of the Lee’s Summit Christian Church. Harry loved many things. He was active in Lee’s Summit Junior Basketball, where he enjoyed playing low-post. He also was a member of the Lake Lotawana Mud Dawgs baseball team. He was also active in Lee’s Summit Soccer Association on several teams. In middle school, he was active in drama, where he played the role of Harry The Horse in the musical Guys and Dolls. He took comedy and improv classes while in middle school. He was in debate and forensics his freshman year at Lee’s Summit North. He was active in Pack and Troop 220 BSA, where he attended many summer camps, culminating in working on the Bartle Camp Staff. He was a Tom-Tom-Beater in the Tribe of MicO-Say where his name was Wise Glancing Axe. In spite of a pet allergy, he was a lover of animals. He had a special bond with his sister’s dog Athena, who passed last year. He kept her dish as a loving memento. After having hip surgery at Children’s Mercy, he participated in a dog walking program for physical therapy and enjoyed a special bond with several dogs. He worked as a night stocker at Hy-Vee, where he was described as a hard and loyal worker. He enjoyed music and had a deep appreciation for rap culture. Many friends and family describe him as being a good friend and a “gentle giant.” He was an advocate of the underdog. He often got in trouble at school for standing up for his smaller friends being bullied. He was and is loved by all who know him and will be greatly missed by those people.

A memorial fund is being set up by Love Big Foundation in Harry’s name. LoveBig Foundation is a charitable organization created by Nathan and Sarah Paris, close friends who have also lost a son. Contributions to this fund will be used to serve youth in the Kansas City Metro area. Make your contributions to: LoveBIG Foundation, Inc. 4709 Razor Creek Way Louisville KY 40299 Or on their web page: https://www.lovebigfoundation.org. Please be specific that your contribution is in Harry Bowers’s name.

Ken and I are so sorry for your loss. Words cannot express how we feel. We do regret that we didn’t know your great and loving son

Merle and Sherry – I am so very sorry. It was heartbreaking to hear this news and immediately made me think about our time together at the scorer’s table at Ray-South basketball games. Many times Harry was there and, while right now it is so incredibly sad, that made me smile. Kristi and I will be thinking of your family. Prayers and healing.

We are profoundly sorry for your loss. He had the benefit of growing up with a wonderful family. It’s so sad not to be able to gather at this time. A time when a family needs it the most. Our thoughts and prayers are with you.

I am so sorry for your loss. He was an awesome guy. I know he will be missed. Thoughts and prayers to you and your family.

Merle, Sherry, and family,
My heart aches for you at this most difficult of times. I’ve been praying that God may wrap you in his loving arms and give you assurance and peace as you grieve for Harry.
“Blessed are those who mourn, for they will be comforted.” Matthew 5:4
With sincerity and compassion,
Kathy Keeton

Bethany has fond memories of Harry and was very sad upon hearing the news. We are keeping your family in prayer. There are no words to ease your pain, may God comfort you during your time of need. Hugs to you all!

I tried to express my condolences on Facebook when the news broke. Then as now, words seem so much like a canned message of all the things you are supposed to say. So let me tell you about the first time I met him. It was 2014, I was serving on Lone Star Commissioner Staff with you, Roger, Bob Borgelt and others. Harry stopped in to see you. He had a big bright smile the kind that makes people immediately smile back. The connection you two had was obvious. It felt good to talk with and meet this fine young man. Now, I can’t even conceive of the size of the hole in the family he must have left behind. I am truly sorry for your loss and have prayed for you for peace and comfort. God hold all of you in His arms. Peace be with you.

Though we can’t be close, we hope you feel the depth of caring that surrounds you at this time. Healing is a process that cannot be hurried and God walks with you every step. Praying for the love of family and community to provide the comfort you need.

Bowers Family,
We are so sad to hear of the lose of sweet Harry. I remember many sweet cuddles with him in the church nursery. Praying for peace during this difficult time.

Merle, Sherry, and Bowers family, There aren’t enough words to express how sorry we were to hear of your son’s passing. You have a wonderful, supportive family, and so many friends and classmates who support you during this time. We hope you feel the love and care. I spoke with Holly about Harry, and she said she remembers what a sweet boy he was in her music class at Mason. Those are some good memories. God comfort and keep you in his loving care, Kim and Kent

I didn’t know your son at all, but knowing you, I’m sure he was a fine young man and that the world was a better place while he was with us. I’m deeply sorry for you and your family and will keep you in my thoughts.

Merle and family I’m so sorry for your loss, he sounds like an awesome kid. I pray for your peace.
Sonya Pilley

Harry, No words can explain the way we feel, We have known you as a kind hearted big teddy bear. Your smile and soft voice put so many at ease. I am proud to say I knew you and had a chance to spend time at Bartle with you. You persevered through so many things. You leave us heart broken but proud to have known you. Your job here is done..

Merle and Sherry,
I am so very sorry for your loss. There is nothing worse than losing a child. Many thoughts, prayers, and virtual hugs coming your way.

Merle and Sherry, I cannot begin to understand the depth of loss you are feeling right now. Larry and I are holding you close in our thoughts and prayers. Love to you both.

SO SORRY TO HEAR OF THE LOSS OF GRANDSON.
WE MISS YOU HERE AT DAR IN FARMINGTON.
JEAN TRASK

Merle and Sherry and Brian,
My heart aches for you and your loss. I never saw Harry without a smile on his face. I know how close he was to Alice. May God be with you and give you strength during this difficult time,

I didn’t know your son Harry but he sounds like he was a beautiful person. I’m sure being raised by you both he was, considering all the things I know abt you Mr. Bowers. I was greatly saddened hearing of his passing and my family’s thoughts and prayers will be with you all.

Your family has been in my thoughts and prayers. I will always remember Harry’s sweet smile and gentle spirit I am so sorry for your loss.

Very sorry for your loss.
Sending prayers for your family.

I remember almost twenty years ago, sitting with my oldest son and his fiancee and calling Merle and Sherry with the news that my oldest was about to get married. Merle said he did not want to steal my thunder, but he had some news too. I was about to get a new nephew! He and Sherry were adopting another little boy. Later that summer as they came to visit, a little six-month old boy worked his way into a lot of hearts. But he did not stay little for long! Harry was always glad to see us as we were to see him. I just hate that the last time I saw him was going to be the last. I have no words to console except that Harry was loved by us and many others too. I pray God will console you in this time, and that you all, like us will treasure the memories, even amidst the tears.

Prayers to you and your family. Never forget you have friends and family that love you. Please reach out to me at any time to chat or vent.

To the Bowers Family,
You have our deepest condolences. Our thoughts and prayers are with you.
Allow God to comfort you during this time. He healeth the broken in heart and bind up their wounds. Psalms 147:3

We cannot imagine the immensity of your loss. We pray God grace you with comfort and courage at this tragic time.

Dear Bower Family,
We are so sad to hear of this terrible loss. You are in our thoughts and prayers

Yours in Scouting,
The Boswell’s

Merle, Sherry and family– We were so heartbroken when we heard this news. Harry always had such a gentle spirit and a beautiful smile. Not to say he wasn’t honery, lol. We have known Harry since he was 4. Adam and him had a great bond, I know him and Adam bonded together to stick up for the underdogs. He will be very missed. There are no words to make you feel better just know we send our love and prayers to you. We will never forgot Harry. His memory will live on.
Rosie, Bill, Adam and Erick Ford