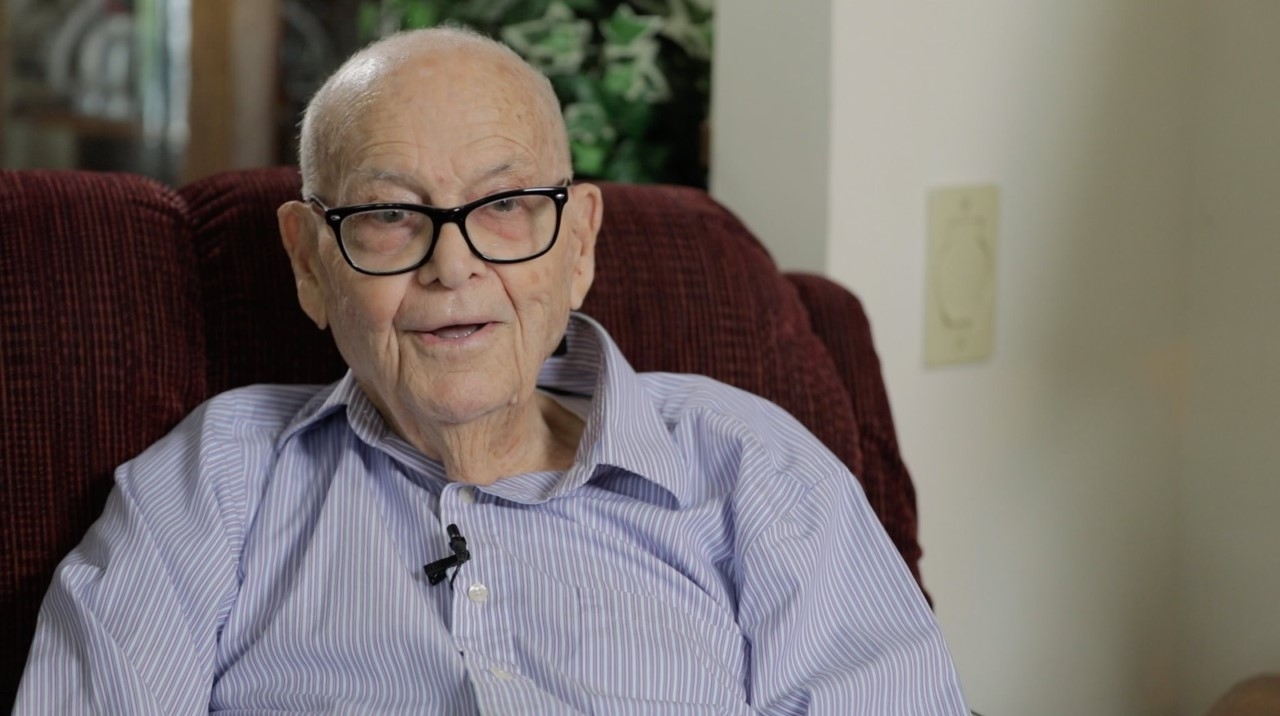 Howard H. McCracken of Lee’s Summit, MO was born in 1921.  He was married to Emma C. McCracken for 73 years. Howard and Emma had three children:  Sharon Louise, Howard Dale, and Lois Kay.  Howard passed away on November 16, 2019 in Lee’s Summit, MO.

Howard is a World War II Navy veteran.  He served on the U.S.S. Kimberly in World War II.  Howard owned and operated McCracken Home Furnishings for over 25 years in downtown Lee’s Summit.  He was a big supporter of downtown Main Street in Lee’s Summit and a participant in the development of Downtown Days.

Prayers for you and your family during this difficult time

Howard taught Kelly and I how to clean fish, and he was a heck of a nice man! You will me missed Howard!

Very sorry to hear this. Mr. McCracken was a lovely man. He was a great friend to my grandparents and was always very kind to me.

Our family, John, Naoma,Jason,Jered,Korby,Kammi, Porter will miss Howard very much, our Memories of Howard are very dear in our hearts, he was the kind of father I, John would have loved to have had. Our visits with Howard were so enjoyable, & pictures.

I am so very sorry Lois. You and your family will be in our thoughts & prayers. Jeff & the girls send their condolences too.

Lois, I am so sorry for your family’s loss. He was a great man and will be missed by many. Prayers to you and your family.

I am so so sorry for your loss! How lucky you were to have your daddy for so long! He is dancing with Joy to be with his love your mom! He was so lucky to have you for a daughter! I know your heart is broken and you will miss him dearly, just know he has lived a wonderful life and was very blessed! Thinking of you and your family at this time! Sending love, Tari Benne and family!

So sorry to hear this. Prayers for your family.

Howard was my oldest living first cousin. At one time there were at least 27 of us on the Blackwell side and now we are less than half a dozen. He always called me Patty Lou, even the last time I saw him at the family reunion in August. He had known me all my 84 Years and I was very fond of him. He will be very much missed. My condolences to the family. I wish I was able to come to his services, but my thoughts and prayers will be there.

Howard was my oldest living cousin. He had known me all of my 84 years. He was one of the few people who still called me “Patty Lou” as he did at our last Blackwell Family Reunion in August. I was very fond of him and he will be sorely missed. My condolences to his family.

I’m so sorry for you loss, take comfort in knowing what an amazing daughter you were to him, Lois. I know his family will miss him dearly .

Howard was one of the founders of DLSMSI. He loved Downtown and was commuted and dedicated to the preservation of Downtown. Howard was so committed to DLDMSI that when the organization was formed, he was willing to personally co-sign a note at the bank to get funds to get DLSMSI off on the right foot. He gave countless hours to the organization and always worked very hard to further the organization. He was a one in a million gentleman. May God richly bless his memory.???❤️❤️❤️

Sharon, I am so sorry to learn of your loss. Losing a parent is so difficult. I pray your happy memories will be a comfort for you.
Paula Young Morris

Howard was my Great Uncle (my grandfather Doc McCracken’s younger brother). My grandpa would always talk about how great of a salesman Howard was. I always loved talking business and basketball with him when we would get a chance to visit. One thing that I will always remember was his great laugh. Rest In Peace

Lois ,,,sorry you lost your dad. Your family was fortunate to have him as many years as you did – you will get thru this and the memory of the good times will prevail

So sorry for you loss!

Sharon, so sorry to hear of your dad’s passing. He was always a good friend to our family and mom and dad thought the world of him.

Kind, gentle, intelligent, forward-thinker, business-minded, faith-filled….so many ways to describe this man! Lois, running into you and your dad at HyVee, always brightened Mom’s day—and mine. ???