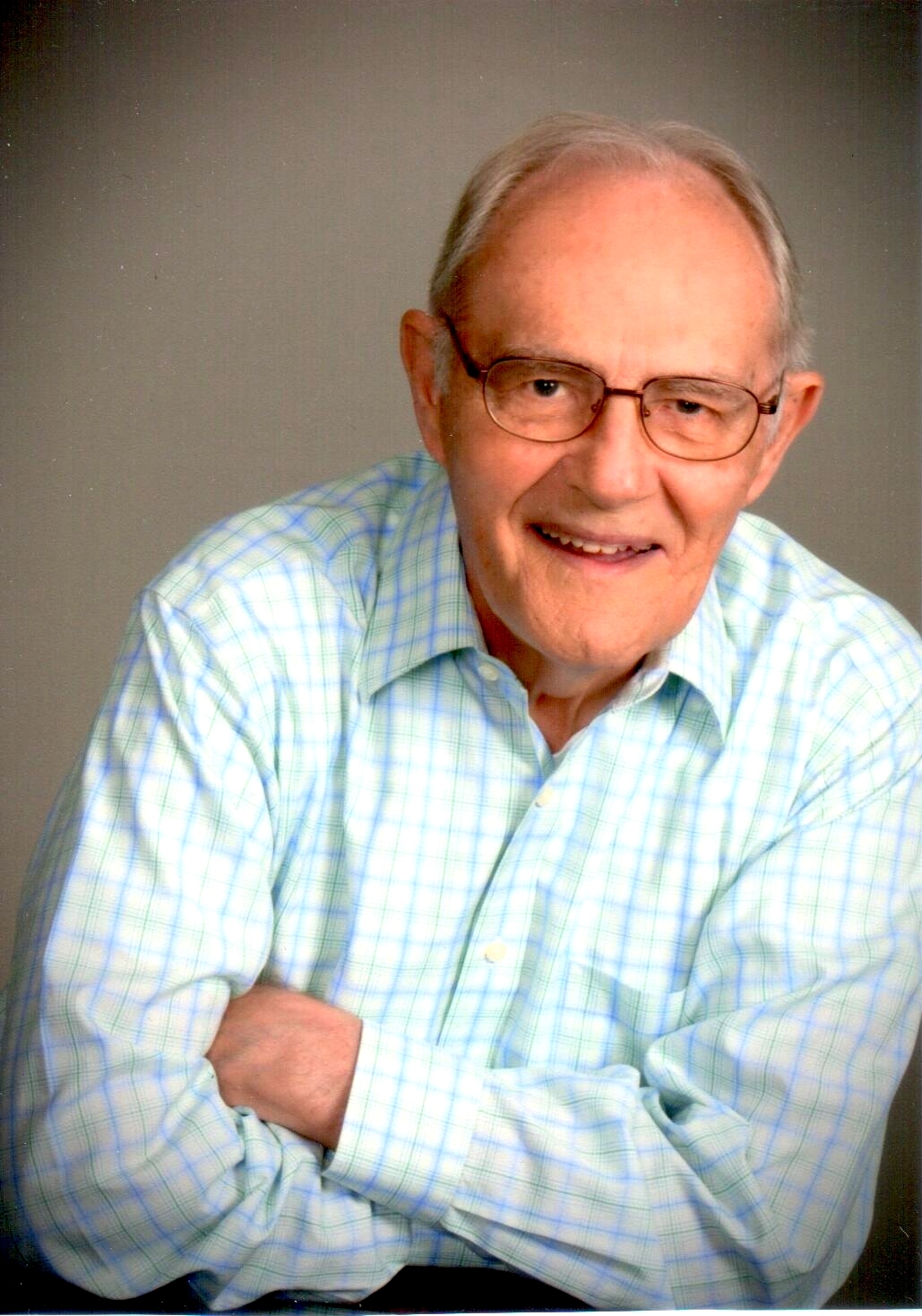 Hugh P. “Phil” Hart passed away peacefully in his sleep Saturday, August 3, 2019. Phil was born in Versailles, Missouri on November 14, 1936. He spent his childhood and high school years in Versailles where he made lifelong friends. He cherished those friendships, particularly his Versailles High School classmates.

He moved to Kansas City in 1956 and started a 31 year career with AT&T Long Lines. During his years in AT&T Sales and Marketing he helped create and develop telemarketing applications for numerous Fortune 500 companies. He retired from AT&T in 1987 and continued consulting on telemarketing projects, including a contract with Telecom Australia in Melbourne, Australia.

He enjoyed fishing, tennis, golf with friends and family during his retirement years. He was a member of Woods Chapel United Methodist Church in Lee’s Summit where he and his wife, Sue, were married in 1982.

He was preceded in death by his parents, Ethel Lucille Hart and Hugh Gray Hart. He is survived by his wife, Sue; daughters Tracey Hart and Lisa Cleveland (Don); granddaughters, Hayley and Jenna Cleveland; grandson, Jason Hart (Melissa); and two great-granddaughters, Olivia and Izabella.

Phil was a good husband, a good Dad, a good Papa and a good friend. He will be remembered with love and dearly missed by all who knew him.

Phil and his family were appreciative of the wonderful support he received the past 4 years from the team members at DaVita Dialysis Center in Lee’s Summit. We are also grateful for the members of Wilshire at Lakewood who cared for him in recent weeks.

Memorial contributions may be made to Versailles Alumni Association or a charity of your choice.

Sue, I am so sorry for your loss. You are in my thoughts and prayers always!

Phil was a great friend and a wonderful person. He made everyone around him smile. We will miss him greatly. He was blessed to have Sue take care of him the past few years. The entire family is in our thoughts and prayers.

God Speed Phil. You will truly be missed. Your love for your family is next to none. And your welcoming smile and corny sense of humor can not be replaced. You were loved dearly.

This wonderful man will be dearly missed! We all loved him here at Davita, me especially, I grew to know the man as a very caring and funny guy! We had many conversations about ” Fly Flaps”, and he always made fun of me for my southern accent, and the way I said things. My thought and prayers are with Sue and his kids.
Rest in Peace my dear friend.

Wish we could be there. What a terrific man. You two were THE BEST couple and each so fortunate to have the other. Meant to be.
Sending our love,
Elizabeth and Philip

A dear man, a dear friend and a very kind soul with a heart of gold. He was loved by all who knew him and will be truly missed.

Saying goodbye to a wonderful guy and great friend is so difficult. We will miss you and your dry sense of humor and will keep you and Sue in our hearts always. Sending love and condolences to your family and friends.

So so sorry to hear about Phil, thoughts and prayers to you and the family

Stories of the friendship of Phil and my mother Lynda Ann have warmed our hearts for years. I will cherish always my mother’s excitement as she told my brothers and me that “The Morgan County Flash” had called EVERY Christmas since they were childhood friends.
Our very deepest sympathies to Sue and the Hart family.
Francie, David, and Bart Heimburger

Phil was a good man and friend. Always enjoyed his quick wit and fun verbal jousting. Remember fondly some fun and funny rounds of golf with the “Morgan county flash”. I know there is a story there, just not sure I want to hear it. He was both blessed and fortunate to have Sue as his wife and caregiver.

My thoughts and prayers are with Sue and family at this time.

Dear Sue, I have so many cherished memories of you and Phil. I still remember when we first met, but especially the joy and privilege of officiating at your wedding. It was always a joy to see the two of you together, whether visiting you at home or welcoming you when you came to gather with so many friends for worship. Our love and prayers are with you.
Gene and Karen

Sue: Our heart is broken! Phil was loved by absolutely everyone here! He is missed. You both are family. Love, thought and prayers during this difficult part of your Journey.

I loved my Dad for my whole life. I will miss him everyday, but will carry him in my heart. This is not goodbye Dad, its a pause in life until I see you again. Give Pa and Ethel a big kiss from me and tell Joe hello.

Sue I am so sorry for your loss, Phil was a very special man and I am lucky to have known him. You are in our thoughts and prayers.

My dear Sue, you are a strong woman and i send love your way.

Hi Sue, Thinking of you at this difficult time during your loss. My mom always spoke so highly of you both and of course the Fickens all. Will reach out to you again to keep family close. Our thoughts and prayers with you at this time from Mary Jane Scotten Bailey’s 3 children Anne, Mark, and Peter Bailey.

Farewell good friend. I will miss our conversations re: all things Versailles. Hope to see you on the other side.

So sorry for such a huge loss to you, Sue, Lisa and Tracey, but such a joyful reception it must have been among the heavenly host. So thankful that I was able to have you Sue, and Phil in my life at such significant times and events. You both impacted me significantly in the most positive and encouraging ways through your friendship. I have and will continue to dearly miss seeing you two in the neighborhood. You’re in my thoughts and prayers.
Sandi

Sue, Lisa and Tracey and family,
The world has lost a wonderful man. I am so sorry to hear Hugh P (Huppie) is gone but no longer having to suffer. I have so many fond memories of Phil, Sue and all of the ATT’ers. He will be missed. May the Lord keep him in the palms of His hands.
God bless all of you
Ginger

I have known Phil since the late 1970’s – when we both attended Waldo Avenue Baptist Church and were in the singles group there. Such a sweet man – I thought the world of him and enjoyed his insight so many times. I haven’t seen Phil in a long time – ran into him at a restaurant a few years ago and we renewed our friendship. My sister and I catered he and Sue’s wedding. I’m so sorry for your loss – I am sure he was a good father, husband, grandfather and friend as he was to me. I know he will be missed but what joy to know he is with his Lord and Savior and not sick or hurting but is well and celebrating. May God’s peace comfort you all.

So long old friend. Gods speed and know that we will miss your great presence. Also my best to your family.

Oh Sue, our long time friend will be missed – we have shared so many good times with you two and have such wonderful memories. We always looked forward to and enjoyed those Sat. morning calls from our “morgan county flash” – Saturdays will never be the same. Kathy and Kenny

Tracey, it is a very sad news. My condolences to you and your family in such a tough time.

Sue, I’m so very sorry for your loss. You and your family are in my prayers. One day, we will ALL be together again…

Dear Sue, I am so sorry to hear of Phil’s passing. It sounds as if the past few years have been very difficult for him and for you. Thank goodness for friends and family… angels on earth! I know you have many wonderful memories of your years together! May God bless you and your family.
Love, Jane Dunning Perry

I have thought of you folks quite often over the many past years. Phil was great person.

Sincerely, my thoughts go with you.
Ray Schaffer