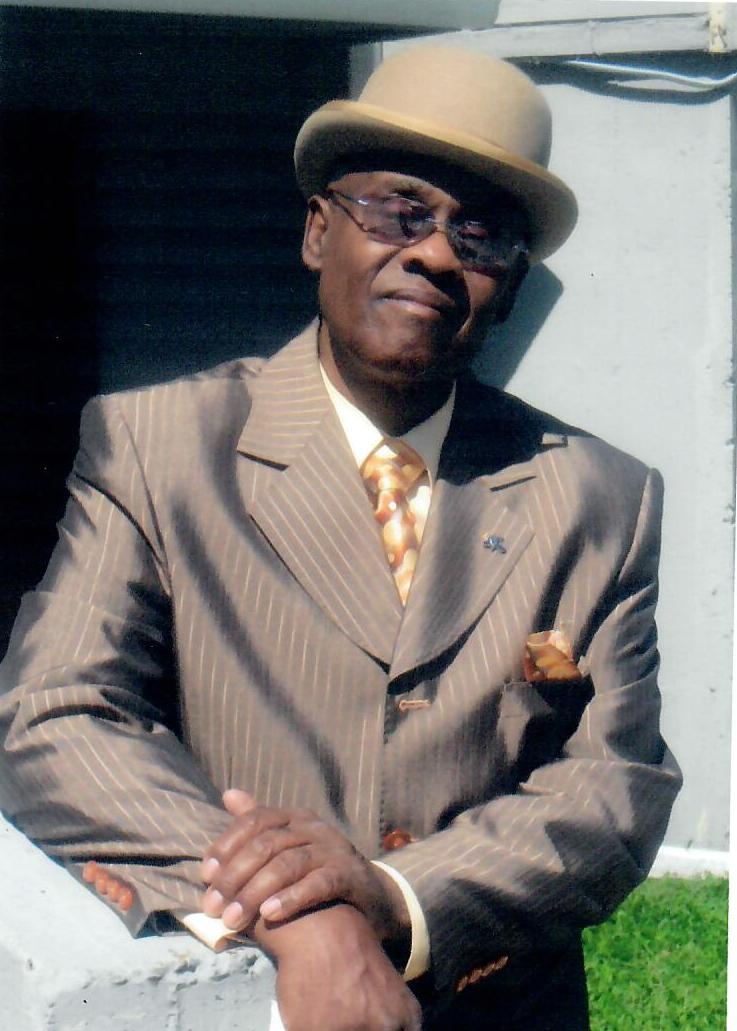 James Earl Taylor, 81, of Kansas City, Kansas, passed away December 30, 2021. Funeral services will be at 11:00 AM, Thursday, January 6, 2022 at Langsford Funeral Home with a visitation starting at 10:00 AM. Memorial contributions may be made to Christ Church of Second Chances, 8136 Leavenworth Road, Kansas City, Kansas, 66109.
James Taylor was born July 12, 1940 in Shawnee, Oklahoma. He was the son of Eva Mae Doolittle and Buford Williams. He was adopted by Ethel and Henry Taylor.
James loved music, singing and his grandchildren. He had traveled with a band and did some professional singing. He wrote many songs and recorded several CD’s. He expressed his deepest feelings in his lyrics. His latter years reflected his experience with Jesus Christ. He would often sing at church services. He was a member of Christ Church of Second Chances under Pastor Rev. Al Betts. He raised 4 of his 7 grandchildren and enjoyed time with his family.
He was preceded in death by his mother Eva Mae Berry, his son Ricardo Dominio Nelson, his brother Charles Wise Taylor, Uncles Ollie and Randle Doolittle, nephew Jot Turner, adopted mother Ethel Turner and sister Sharonda Turner.
Survivors include his wife, Margaret Taylor, two sons Andre Taylor, Mark (Valorie) Taylor and their mother Daisy; two daughters Caprice (Bobby) Hill and Eva Simmons; Grandchildren Mark Taylor Jr., Mylan Taylor, Jazmyne and Seth Mills, Bobby Hill, Javon Boyd, Jemaine Boyd, Maria Simmons; Great Grandchildren Enosh and Serenity Mills, nieces Candace Wright, Charlesetta Taylor, Latoya Fletcher and their families, his mother-in-law Editha Propst, wife’s family Ted and Stephanie Propst and their families, Bill and Gemma Propst, Editha and Ken Miller and their families, adopted family Donna and Buck Howell, Eric Tuner and many others.
Arrangements by Langsford Funeral Home, 115 SW 3rd, Lee’s Summit, MO 64063

I want to write and express my sympathy to Margaret and the rest of the family. I appreciated reading the obituary and finding out about James and his interest and gifts in music. I already knew he was a man of faith who loved and trusted in Jesus as his Savior, Lord and Friend. I know he will be missed but I trust you will find comfort in remembering he is with Jesus and we as Christians that when we died in Christ we will be reunited with Jesus and all who loved and served him. I will be out of town and will miss the funeral service but trust it will be an encouraging times as you gather to give thanks for James’ life and celebrate all this good ways you have share life together and remember the ways he expressed his love for each of your personally. God bless and comfort you all. Pastor Tim, Morse Village Covenant Church.