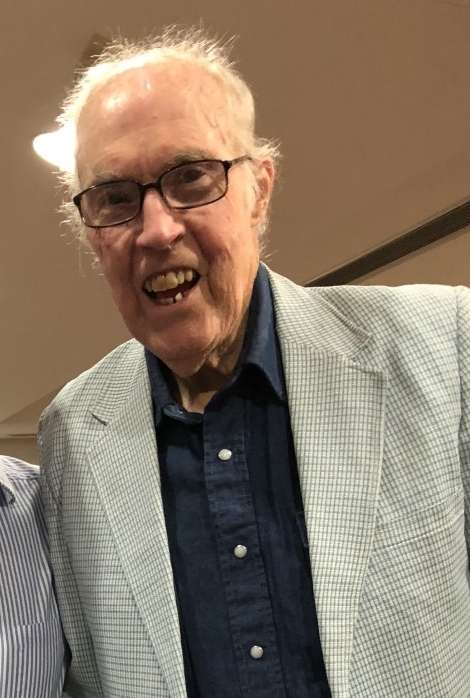 Roger was born on October 6, 1929 in Seymour, Iowa to Warner S. and Corda M. (Johnson) Brown. His family moved from Iowa to Osgood, Missouri where he was raised and graduated from Galt High School. Roger served his country with honor during the Korean War. His primary role in the Army was bugler and court reporter. He and his beloved Wilma exchanged love letters daily during his enlistment.

After his time in the Army, he attended both KU and UMKC to work towards a degree in business. He was married to Wilma Pauline Snitker on June 6, 1954. They were happily married for 65 wonderful, wonderful years! He was the longest serving member and three-time president of the Kiwanis Club of Lee’s Summit where he enjoyed serving his community. Roger had a passion for vehicles. His career and hobbies always involved buying, selling, servicing, racing, and collecting them. His greatest pleasure was to spend time with family and friends, listening to and playing bluegrass or country music, and driving his classic cars.

Visitation will be held from 9:30-10:30 AM on Wednesday July 17, 2019 at First Baptist Church of Lee’s Summit, located at 2 NE Douglas St in Lee’s Summit, Missouri. A celebration of life service will immediately follow at 10:30 AM and will conclude with military salute held at the church. Roger will be laid to rest at the Missouri Veterans Cemetery in Higginsville, Missouri.

In lieu of flowers, the family requests donations be made in Roger’s honor to the Missouri Baptist Children’s Home or Kansas City Hospice House.

May the peace of God which passes all understanding be with you during your time of loss.

Hi Wilma and Family, we are so sorry to hear of Rogers passing. Sounds like you have a wonderful family that will take good care of you. With love and sympathy Roy and Connie Rhodes

Roger was such a sweet and Loving Man. He will truly be missed. Love and Prayers for the Family. Roy & Lisa Jarrell