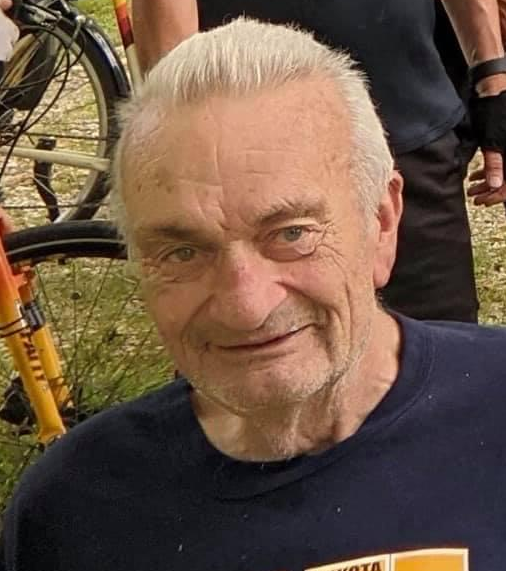 Mr. Carpenter, 89, was born May 2, 1932, in Lee’s Summit, to William G. Carpenter and Lena (Long) Carpenter. He graduated from Lee’s Summit High School and then Graceland College, a junior college in Lamoni, Iowa. He earned an agriculture degree from South Dakota State University (SDSU) in Brookings, S.D. In college, he ran track and played basketball and football, and retained a fondness for both Graceland and SDSU throughout his life.He married Jane (Goode) Carpenter on June 25, 1958, at First Baptist Church in Princeton, W.Va. She preceded him in death Sept. 17, 2019.

Mr. Carpenter grew up on a dairy farm in Greenwood and worked with mules as a boy and young man. He returned to operate the dairy following college and military service, and resided there the rest of his life. He served as an officer in the U.S. Army’s quartermaster corps and served as a member of the U.S. Army Reserve for more than three decades.

During his life, he worked on the farm raising Holstein dairy cattle and an assortment of beef cattle. He had an affinity for the Galloway breed from Scotland.He also worked as a supervisor at the Wagner Electric brake manufacturing plant in Kansas City, Mo., was employed at the Pfizer animal health plant in Lee’s Summit, and was in the steelworker union at a tower-building company. Earlier in his life, he hung U.S. mail pouches in Greenwood that were grabbed by passing trains and he gathered and delivered pouches thrown from cabooses. In deep snow, he’d rely on a Model T Ford to get the job done.

He was a lifelong active member of the Lee’s Summit First Christian Church, where he taught Sunday school for a number of years. He served on the Greenwood City Council and the Greenwood Zoning Board, while also helping with 4-H and FFA.He was active for decades in the Heart of America Studebaker Club, played competitive softball into his mid-70s and was loyal to the Kansas City Athletics and Royals.

He was part of the Lee’s Summit Historical Society and was a repository of general history about Greenwood. He delighted in sharing stories of bizarre and amusing events about his hometown. For many years, he voluntarily assembled a weekly column for the Lee’s Summit Journal that served to remind folks of historic events in the area.He was an avid stamp collector, read widely, if eccentrically, with a special interest in geography, history and railroads. He appreciated Minneapolis Moline tractors, whether they functioned or not. He helped take care of the Greenwood Cemetery and was a longstanding member of the cemetery board.

Survivors include his sister, Annette Howk of St. Joseph, Mo.; four children and their partners, Stephen Carpenter and Christine Baeumler of St. Paul, Minn.; Tim Carpenter and Jill Hummels, of Lawrence, Kan.; Carolyn and Chris Stanley, of Bloomington, Minn.; and Susan Zinkl and Bruce Stene, of St. Paul; and four grandchildren, Haley and Tess Carpenter, of Lawrence; and Lena and Sam Zinkl, of St. Paul.

My children, Annie and Isaac, join me in grieving James Carpenter’s death. His son, Stephen, is a dear friend and very long-time colleague, and in working together we had the wonderful opportunity to meet Stephen’s Dad a few times, and to greatly enjoy the packages, letters, and other missives he would send to our office — they were always colorful (literally), certainly unique, and filled with meaning. We stand as part of the community dedicated to supporting the family as they mourn this loss. May James Carpenter’s memory only be for a blessing.

So sorry to your families for your loss of your father and grandfather. Jim always had a entertaining story to share. His interpretation of Abe Lincoln was amazing. He brought the past alive with the articles he shared in the Journal and in the groups he belonged to. He loved his family, the farm, the Galloway Cattle he raised, playing baseball and Studebakers. He will be missed.

We are so very sorry to hear of Jim’s passing. He was a constant presence in the church and within the community. He will be missed. We loved to hear the stories he told, and the love he had for his community at large. With his passing, we will be missing a treasure from our lives.

Jim will be greatly missed. We talked and traded stamps, Studebakers, history and much more. For everything thee is a season, a time for everything it it’s season. Farewell good friend—-we will talk again in the Hearafter.

Goodbye, Mr. Greenwood. You touched so many lives. You enriched our souls with your words and with your wonderful stories. You are safe in heaven now with your beautiful wife Jane.

May you find comfort in the good times you shared!

We miss his stories and sense of humor. One of our best moments in life was visiting with your mom and dad on the front porch sipping lemon aid on a warm summer afternoon.

My heart goes out to you are your family. I remember him as such a nice man and often a little story. I loved reading all about his interests and accomplishments.

I’m very sorry for your families loss. I delivered lunch every Friday to Mr and Mrs Carpenter several years ago. My children LOVED seeing all of Mrs Carpenters holiday/seasonal decor and I enjoyed Mr Carpenters stories about Greenwood. They were a beautiful couple that I only knew for a short time but they were such a blessing to me.

I am so sorry for the loss of your dad! I so wish we could be there as you have always been for our family. We so enjoyed our visits with all of you during our summer trips to Lee’s Summit and even more recently at daddy’s service. Love to all of you at this time!
Janet, Beth and Patti

So many wonderful memories growing up in the Greenwood area and spending time at the Carpenter farm. I can still remember the smell of fresh baked cookies and kool aid that was served. Prayers for the Carpenter family as the celebrate Mr. Carpenter’s life. The Mills Family

Certainly was a great lover of history. Have quite a few post cards that he sent over the years that were of interest.