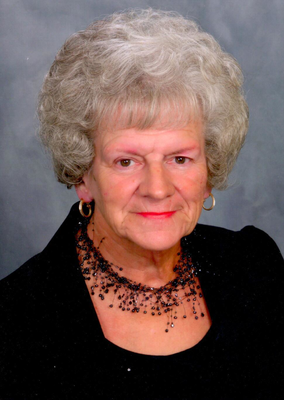 Janet Elodie Carver, 77, of Kansas City, MO, passed away on Thurs, Mar. 22, 2018 in Kansas City. A funeral service will be held at 2:00 PM on Mon, Apr. 2, 2018 at Langsford Funeral Home in Lee’s Summit, MO. A visitation will be one hour prior to the service at the funeral home. Inurnment will be at a later date at Highland Cemetery in Ottawa, KS. In lieu of flowers, Janet has requested to do something nice for someone in her honor.

Janet was born on Nov. 18, 1940 in Ottawa, KS at Randsom Memorial Hospital. She graduated from Ottawa High School in 1958 and attended KU. She was employed at Phillips Petroleum in the KC office as a key-punch operator . Janet then had a daycare at her home she ran for 25 years. She enjoyed it very much and remained friends with many of the families. She was a member of the Community Christian Church on the Plaza.

Janet enjoyed traveling, especially her safari trip to Africa. Her children and grandchildren meant the world to her and were the joy of her life.

Janet was preceded in death by her parents, Earl & Elodie Read; and her husband, Roland O. Carver. She is survived by her children, Jerome and April; her grandchildren, Jarred, Jordan, Jacob, and Rachel; and her many other family and close friends.

So sorry to hear of your Mother’s passing, April. You and your family are in our thoughts. Love, Linda & Bill DeFoor

We send our heartfelt sympathy to all of you. Janet was a true matriarch, always caring for her beloved family. Each one of you held a special place in her heart and she always wanted to make sure everyone was all right. Janet and I became good friends these past few years, sharing our lives with each other via texts–I’ll miss her so much. May happy memories comfort you now in your loss.

April and Jerome, Your mother was a classy lady! She loved you both as well as her special grandchildren. Hugs to all of you.

We are so very sorry to hear of Janet’s passing. She was loved by all of us and will be remembered as a caring, selfless person. We were blessed to know her for the past 12 years.

We were fortunate to have met Nana. We witnessed the love she had for Jared time after time. She would do anything for him and loved him so much. She was always dressed fancy no matter when we saw her. We all got the biggest kick out of Nana. Such a kind woman! She was always thankful for everything.

Janet was my first cousin. We grew up together and had many wonderful memories and times together. She was such a caring, loving person and was there for anyone in need. I will miss her deeply. Her passing was much too soon. I know she is with God and at peace. I remember all of the special occasions, such as birthdays and holidays that we spent together our grandparents house and the Sunday lunches after church. Jerome, April, Jarred, Jordon, Jacob, and Rachael, your mother and grandmother adored you so much, you were the light in her eyes. Our children, Michelle and Mark also send their condolences. With loving memories, Larry, Kay, Michelle, and Mark Bancroft Bend, Oregon