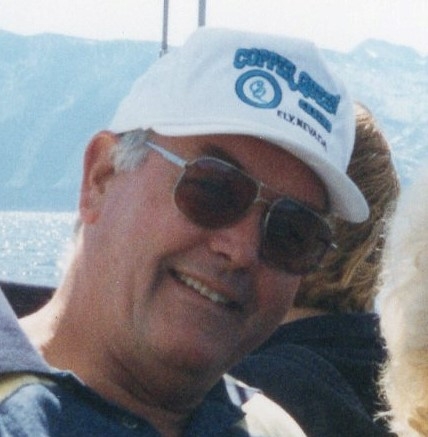 Arnall Geofferey Early was born June 16, 1944 and departed this life December 3, 2021 at home surrounded by loved ones. He was born and raised in Cleveland, Georgia and made his way to the Midwest where he met the love of his life Barbara (Bowers) and they united in marriage on May 6, 1966. They took up residence in the town of Lone Jack where her parents lived; soon buying land and building the home where they raised their children and have lived for almost half a century.
Arnall valued work and gave 37 years of dedicated service to Jackson County Public Works Roads & Bridges Division. He was also an entrepreneur, managing his own heating and cooling business and later a mowing and maintenance business. Arnall dutifully served our country in the Vietnam War and received the Bronze Star Medal for his achievement in ground operations against hostile forces. He was an avid local community supporter, serving 9 years on the Lone Jack School Board.
Arnall was an outdoorsman and hobbyist, and spent much of his time gardening, mowing, working in his shop, camping with his grandson and traveling with his wife, including an adventure across the Alaskan frontier. He was committed to helping others and volunteered as a grower for After the Harvest, a non-profit organization that provides healthy food for hungry people. In recent years he donated thousands of pounds of produce to help those in need and received the Grower of the Year Award in 2019.
He was preceded in death by his parents, Cliff and Julia Early; his sister Netta McElhaney and husband Carl, and sister-in-law Mary Early. Arnall is survived by his wife of 55 years Barbara, his brother Cliff, two daughters, Julie (and Richard) Butler and Connie (and Mark) Savage, one grandchild Kevin (and Bridget) Bailey, and two great-grandchildren Dakota and Alyssa Savage.
Visitation will be held Thursday, December 9 at 10:00 AM followed by funeral services at 11:00 AM at Langsford Funeral Home; 115 SW 3rd Street; Lee’s Summit MO 64063 and burial at the Lone Jack Cemetery. In lieu of flowers, the family asks that donations be made in memory of Arnall to After the Harvest; 6320 Brookside Plaza, Suite 504; Kansas City MO 64113; www.aftertheharvestkc.org.

Barbara the Messina family is so sorry for your loss of are all. ;ove and blessings to you and your family

We were sad to here of your dads passing. Kevin and Bridget would often tell of their visits with your dad. Like Bridget told me she never got to meet my dad, and considered your dad as the grandfather she never had. My prayers go out to you and your family.

Arnold was a great man and a good guy to have in the family. He worked hard all of his life. I will greatly miss him.