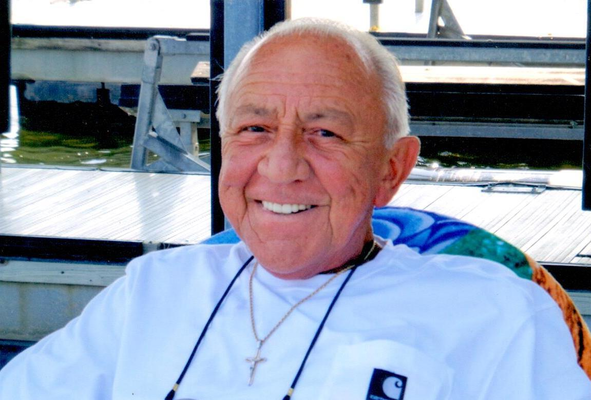 Jasper Salvatore Curiale, 75, of Gravois Mills, Missouri, passed away on Monday, March 26, 2018 in Lee’s Summit Missouri. A visitation will be on Wednesday, April 4, 2018 from 9:30 – 10:30 AM at St. Mark’s Catholic Church in Independence, Missouri. A Rosary will begin at 10:30 AM. Mass of Christian Burial will start at 11:00 AM. Entombment will follow at Mt. Olivet Cemetery in Raytown, Missouri. Memorials are suggested to the Crohn’s and Colitis Foundation, Mid-America Chapter, 1034 S. Brentwood Blvd. Suite 1510, Richmond Heights, MO 63117.

Jasper was born on October 27, 1942 in Kansas City, Missouri to Salvatore “Sam” and Anna (Piacenza) Curiale. He was united in marriage to Julia Ann Nation on October 26, 1961. He was a union insulator with Local 27 and went on to start his own business in 1985, which with the help from his wife and family, turned into a successful construction company in the greater Kansas City area. Jasper loved his race cars first and horses second. He went from enjoying boating at Lake of the Ozarks, to golfing in Florida, and returning to the Ozarks to finish out his life.

Tom, I ‘m very sorry to here about Jasper. I don’t receive the star an I didn’t know about the wake. So please except my condolences. Carl

Dear Curiale Family. Dean and I are so sad and sorry about losing our buddy Jay. We had so much fun with him and also Julia here at the lake. It was a pleasure being their next door neighbor and enjoying our lake life together. It will not be the same without Jay and his antics! We love you all and prayers for you and your family. Love, Dean and Terry Buchholtz

We were saddened to hear of Jay’s passing. We will miss him and his laughter. Jay was a good friend to Dennis. Jay was always willing to pitch in and help Dennis with his electrical work. Jay loved to keep busy here at the Lake. We hope that the memories of Jay will comfort you all during this time of sorrow. You all are in our thoughts and prayers. Dennis & Tracey Richeson

So sorry about Jay. He was a good friend and we had many good times together. I got to know him as an insulation contractor to Ford in Claycomo, and also later to include sheet metal work. Very reliable and trustworthy. You could always depend on them to do quality work on time.

So sorry to hear of your loss