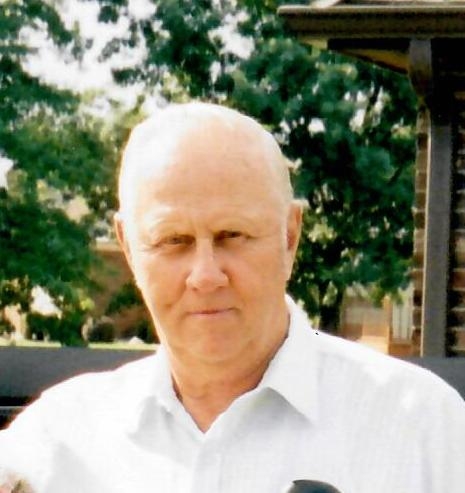 Jewell Junior “Jr” Timmerman of Independence left his earthy home to be with his bride Shirley on Tuesday, November 2, 2021 after a short battle with COVID.

Born August 13, 1933 to Jewell & Nadine Burnett in Kansas City, MO was later adopted by his maternal grandparents Enos & Nellie Timmerman after the death of his mother during child birth of his little sister. After graduating from Center High School, he married the love of his life Shirley V. Baty. Shortly after they married, he was drafted into the Army. After his discharge Shirley & Jr welcomed their one and only child Michael J.  Jr worked tirelessly for 72 years in the lumber industry. Including AO Thompson Lumber, Albert Tamm Lumber, Harriman Lumber and Coal. Later Shirley and Jr purchased Specialty Products Company now of Independence. Owning and running Specialty with his wife and son for over 45 years. Jr was also a proud member of the Ararat Shriners earning a 32 degree. He truly enjoyed his neighbors getting to know a lot of them riding around in his golf cart.

Jr is preceded in death by his grandparents, parents, three sisters, and his beloved wife of 59 years, Shirley.

He leaves behind a son Michael J. and wife Joyce of Independence, Brother-in-Law John “Butch” and wife Elaine Baty of Blue Springs, MO, two nieces and a nephew along with their families. Many friends and treasured business acquaintances.

A private family graveside service will be held at Missouri Veterans Cemetery in Higginsville, MO.

In lieu of flowers the family requests dentations be made to the Shriners Burns Hospital in Galveston, TX.