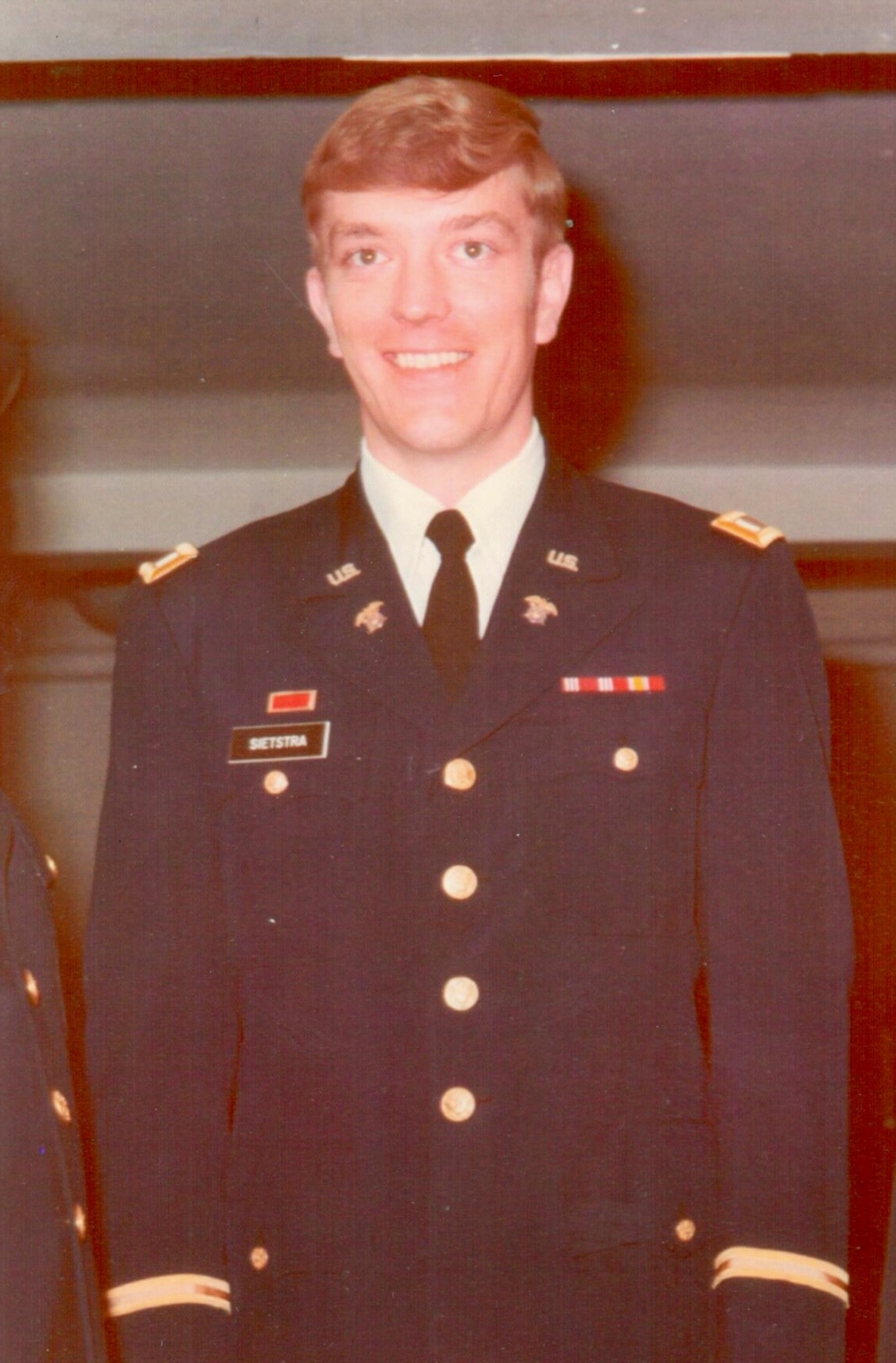 John was born in Orange City, IA on December 2, 1948 to Herman and Edith Sietstra. He was the oldest of their six children; twins Philip (Marcia) Sietstra and Larry (LaVonne) Sietstra, Karla (Dave) DeJongh, Dale (Lila) Sietstra and Cheryl (Dennis) Rodger.

John enlisted in the United States Army in 1969, then became a commissioned officer in 1973. He was stationed in Hanau, Germany during the Vietnam War where he met his bride, Linda Jo (Hendrick). They were united in marriage on May 12, 1973 in Hanau, Germany.

After fulfilling his military service contract, John and Linda went home to northwest Iowa where John began studying to become a veterinarian. He earned his Doctorate of Veterinary Medicine from Iowa State Veterinary School in 1979, and practiced veterinary medicine for 40 years until his retirement in December 2019.  John and Linda built their family through the gift of adoption, bringing their six children home to live in Iowa.

John was preceded in death by his son Joseph Sietstra.

Thank You Lord for allowing Your servant to impart a blessing into my life while he passed through this earth on his way back to You. I am eternally greatful for this gift!

Dr. Sietstra was a wonderful man of God who loved his family and whose heart and kindness were poured into our pets and livestock throughout the years. Our prayers are joined with others for Linda and all of his family. We will miss our dear friend, John, and are grateful for the life he led and the example he gave in following our Lord Jesus.

We send our condolences to all of John’s family–may he rest in peace.

Dear Sietstra Family-
We are praying for grace and peace for you as you grieve John’s death, give thanks for his life, rejoice in his eternal life, and confidently expect to see him again, through Jesus Christ our Savior and Lord. The Lord be with you all.

May our Lord grant each of John’s family his abiding Grace and Comfort. Deb and I send our sincere condolences.

Dear Linda and family, We are sorry to hear the news that John died.You have our deepest sympathy as you lay to rest your dear husband, dad, and grandfather. We pray for comfort and strength in the days ahead.Know we hold you close in our hearts and heprayers.Nancy and Richard Dykstra

Linda and Family,
Our sympathy to you and your family in the passing of John. We pray God’s abiding grace to uphold you in this time.

Dear Linda and family,
We extend our heartfelt sympathy to you and your family in the death of John. We hold you in our thoughts and prayers that God may grant you comfort and peace in the days ahead. With love, Ernest & Ruth Moss