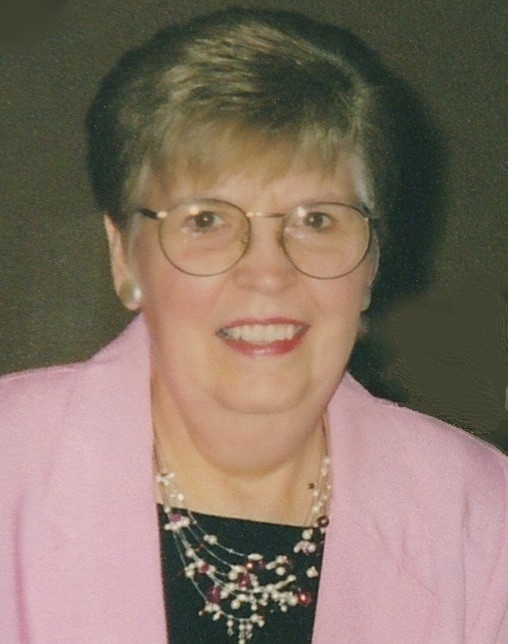 Judy Aileen Jipsen of Lee’s Summit, MO, took her last breath on this earth and her first breath in Heaven on May 13, 2022 at 2:45 AM as her daughter, Shannon Jipsen, was holding her hand at home. She was greeted by Jesus and her late husband, Danny Jipsen of 65+ years.

Celebration of Life Service–11AM at LSCC

Judy was born to James and Dorothy Cary on April 9, 1938 in Independence, MO. She was the oldest of six children. She was preceded in death by her parents and sisters, Janet and Jean Ann and brother Jim. She’s survived by daughter Shannon and brothers John and Jerry as well as nieces and nephews. She graduated from Central High School in 1956. She married her high school sweetheart, Danny, on August 17, 1956. She worked at BMA and the Gas Service Co. during her early years of marriage and enjoyed living in Germany for 2 years while Danny was proudly serving in the US Army. They became lifelong friends with Mr. and Mrs. Holzworth who were Gideon Missionaries in Germany. They got to enjoy some free time touring Europe during his service years with The Holzworth’s.

After returning from Germany, they settled in Lee’s Summit, MO. Judy loved caring for her home and Danny. In 1966, Judy gave birth to their only “favorite” daughter, Shannon, who became her primary focus for many years. Judy loved studying God’s Word and became involved in leadership roles with Christian Women’s Club and Bible Study Fellowship along with helping start Lee’s Summit Community Church (LSCC) in 1988. Later she would serve on staff at LSCC as Women’s Ministry Director. After retiring from that position, she volunteered as the director of the Senior Ministry at LSCC. She also loved floral design and sold her designs for years at various craft shows. Then started her own business, Florals by Judy and taught floral design classes and did florals for weddings. After Danny retired in 1989, they started traveling with Shannon. Many places in the USA, including Alaska & Hawaii, and several trips to Europe. In 2006, Judy and Danny celebrated their 50th Wedding Anniversary with a Panama Canal cruise. In 2021, they celebrated their 65th Wedding Anniversary.

Judy loved The Lord, Danny, and Shannon with all her heart and devoted her life to all three. She also loved mentoring women at church and in Bible Studies. She poured her heart into helping others by sharing her testimony and her struggles so that others would be encouraged and to know and grow their relationship with Jesus. She also loved studying prophesy and end time events. Her mission in life was to point others toward Jesus and to have an eternity mindset while living this life on earth. In all things, bringing glory to the Lord.

Prior to the stroke she suffered on January 23, 2021, she shared her faith openly and we know she’s now in the presence of the Lord. As 2 Timothy 4:6-8 says, “For I am already being poured out like a drink offering, and the time has come for my departure. I have fought the good fight, I have finished the race, I have kept the faith. Now there is in store for me the crown of righteousness, which the Lord, the righteous Judge, will award to me on that day—and not only to me, but also to all who have longed for his appearing.” NIV

Judy was a beautiful friend, mentor and 2nd Mom to me. I met Judy in 1990 when I first came to LSCC. I served as a volunteer admin for women’s ministry under Judy and later on staff at LSCC as her secretary. She was a faithful to prayer warrior for my family. I loved her dearly and will miss her here on earth until we meet again in heaven. Love you, Judy.

Growing up living next door to the Jipsen’s, I was privileged to getting to know Judy very well. She was a lovely lady. I know she will be dearly missed by Shannon and the rest of her family and friends. I take much comfort, however in knowing that she is nestled in the loving arms of Jesus.

Our sympathy is with you. The obituary is a beautiful tribute to Judy and is a perfect description of the gracious, faith-filled lady she was. She touched countless people with her faith and witness. We will miss her so much.

I am sad to hear that Judy is no longer here on earth for purely selfish reasons. One being she is no longer here to share her wisdom with women as she did me on more than a few occasions though out the years. Now to have her lifelong love for our Lord be honored by being in His presence singing and dancing on streets of gold has got to be a spectacular sight to see. Judy’s earthly presence is no longer with us but her work on earth will continue by all the women she has mentored through the years. Even my granddaughter knows her name. What a legacy dear friend.