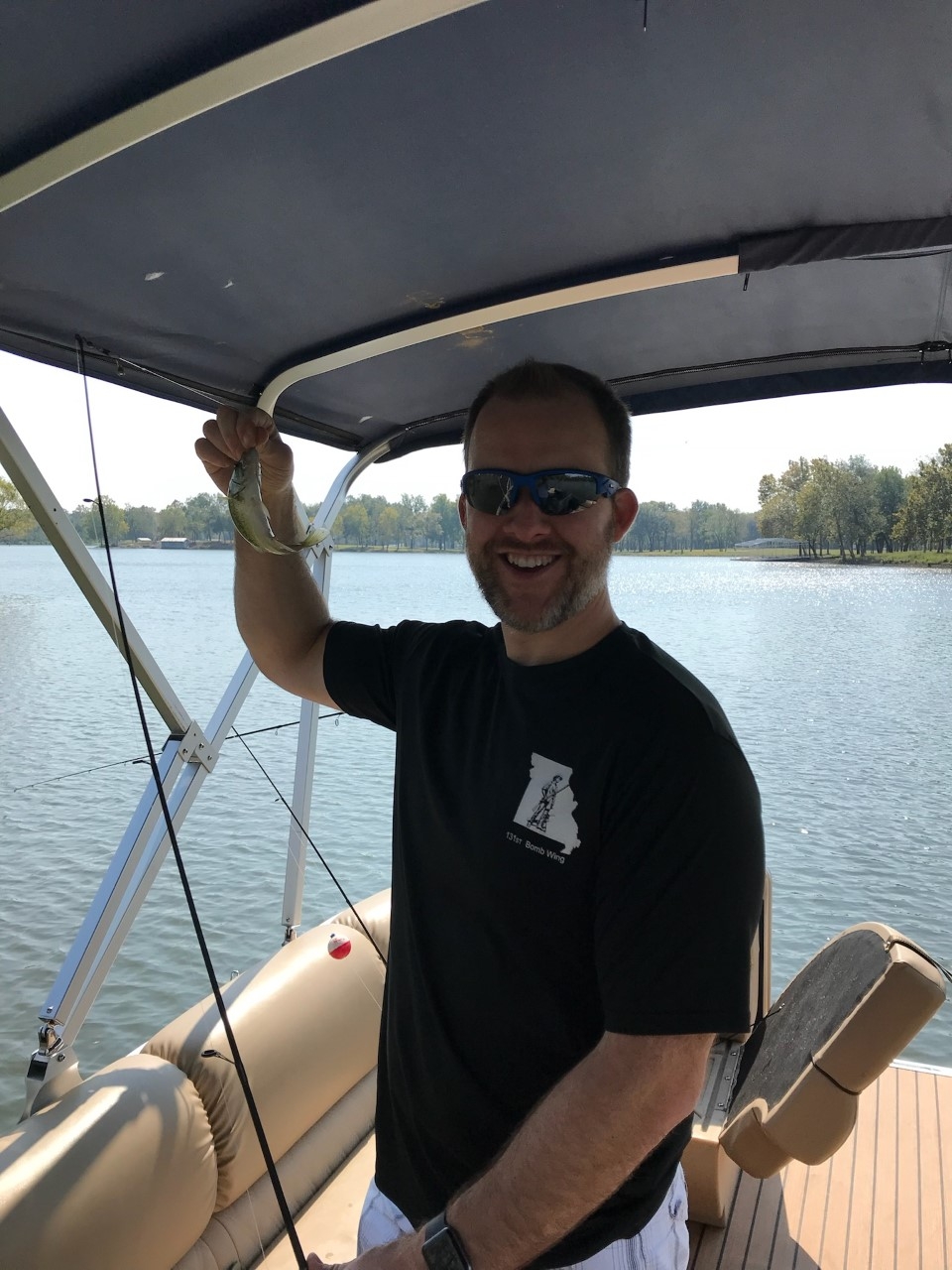 The following was written by Justin’s wonderfully crazy 3 sisters-in-law, who knew and loved his sense of humor.

Justin Savage, age 39, was welcomed home by his Heavenly Father on May 21, 2022. It was apparent he passed away having fun, as evidenced by the many donut track marks he left before his crash.

Justin was born and raised a wild, fun-loving heathen in Indiana, somehow managing to graduate from Tri-State University in 2007 and also obtaining his MBA from Park University in 2015. He cheerfully moved to the Kansas City area for a professional opportunity as a mechanical engineer and territory manager. He would serve in that grueling, back-breaking career field for nearly 20 years, providing personal services (not like the massage parlor kind), focusing on brilliant innovation and entrepreneurial problem solving. He was wicked smart, loved to tinker, and enjoyed his field of work.

A few years later, he met his psycho wife Rachel (Davenport ß the name says it all) on Plentyoffish.com (where else can you meet a quality guy?!). He eagerly and nervously proposed and they became engaged July 2010, she broke it off, they became re-engaged the next day (after Sarah slapped her around a bit), and finally married in February 2011. They enjoyed spending time with family and friends, fighting frequently, publicly, and loudly the first eight years of their marriage, while her family sipped cocktails, watched, offered unhelpful comments, and were always thankful for Justin’s patience. He took care of the kids and home (to his own comfortable quality assurance level) whenever Rachel was gone for military service. He spoiled his family to the point of waking up earlier and earlier each day for his own alone time, hardly having a moment to himself until the kids were satisfactorily snuggled in their beds at night.

They enjoyed playing in their large yard and fishing in the pond, catching dinner, forcing their children to eat deer hearts, intently studying all of the mating and life cycles of the wildlife in and around the pond – while Justin patiently looked on, smiling, shaking his head, and sipping his diet coke and Kracken (a Navy rum his bro-in-law, who happened to be a retired Navy SEAL, introduced him to…he knew Justin needed something strong). Justin’s need for peace and quiet while watching intense Chiefs’ games was regularly – and rudely – interrupted by his wife. They quickly purchased two televisions after Justin discovered Rachel’s propensity to comment on every game…on every play…about every player. (Rachel is now looking for a friend(s) to watch Chiefs’ games with).

Justin had a close relationship with God, and he courageously and honestly loved people for who they were. He was a Redeemer small group leader for several years (where the conversation ranged from deep spiritual truths to the merits of Squatty Potties). He would often post verses from his favorite book in the Bible: “Fear not, for I am with you; be not dismayed, for I am your God; I will strengthen you, I will help you, I will uphold you with my righteous right hand” (Isaiah 41:10). We think in hindsight he posted this verse knowing Rachel would be scrolling his Facebook page, reminiscing and crying, and she would be reminded on those lonely nights that she is not alone…while Justin parties in Heaven. Maybe it’s also fair to say he clung to this verse whenever his wife enthusiastically presented him with a new home project. This is all still unclear.

Justin is survived by his wife, Rachel, as well as his children, parents, siblings, and many other loving family members and friends. He can’t wait to see us all again in Glory!

In lieu of flowers, the family is asking for donations to support Rachel and the children. https://www.givesendgo.com/Savagefamily

The 239th Combat Communications Squadron, Matt and I send deepest condolences. Our hearts are with the Savage family during this difficult time. May faith and love strengthen you until happier memories return. Justin’s loss weighs heavy in our minds and reminds us that life is precious.

I AM SO SORRY TO HEAR OF YOU LOSS. It was such a pleasure to work with him at Chelsea. I remember meeting and then your son Max before Justin moved on in his career. Such a fine young man and he made a positive impact on everyone he met. Jeff King retired Chelsea Marketing Manager

I’m so very sorry for your loss. May your strong faith help to bring you comfort during this most difficult time.

Im so sorry for your loss. My most sincerest condolences go out to you and your family at this difficult time.

Justin was a childhood friend and neighbor of mine. He was a great friend and loved to compete, wether it be basketball or football we had great times in Wawaka. Praying for your family during this hard time.

Savage you will truly be missed. It’s crazy how life works sometimes. We will all be thinking about you and telling stories forever.

I’m deeply and greatly sorry for your loss. Justin made the world a better place, and those better who met him. His unwavering faith that he lived and his deep love for his family that he openly discussed was inspiring. One of the best men that I’ve known, and I’m a much better person for having him as a very good friend.

So sorry for he loss of Justin. I know he had so many that loved him. May God grant all who loved him Peace and comfot in this time of great sorrow.

To Rachael and Family,
May you be blessed with peace during this time adjusting to life without Justin.
The many memories of Justin will provide some comfort during this difficult time.

Thinking and praying for each of You,

Like many others, my heart is heavy. However, this isn’t a good-bye; it’s merely a ‘see ya later.’ Death is not the end and has no power in the Kingdom. We can still be sad, but we’re already victorious.

This tribute was amazing and in true Savage form. I laughed and cried. I love all of you and thankful for you and to call you family. Justin is deeply missed. I feel like I lost my brother all over again. Thankful for so many memories in a short time. Love to all of you.

John and I are so incredibly sorry for your loss sis, Jody, and for his family as well. There are moments in Life when silence is beyond words. May God Bless and keep you all ,in your greatest hour of need. We love you and all are in our prayers.
Your sister and brother in law John and Pamela Medley

Very sorry to hear of Justin’s passing. We were classmates at West Noble High School, and graduated together 2002. Justin and I often rode his dirt bike in Wawaka when we were younger. I thought of him time to time, and was shocked of his passing. My heart is with savage family, and I hope you find peace and enjoy the great memories you had with him. God Bless.