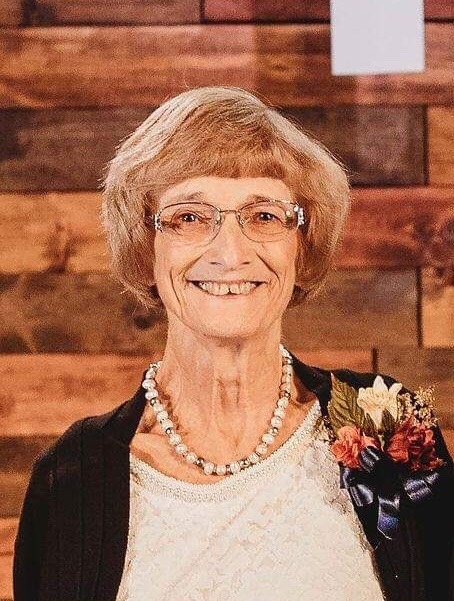 Karolyn (Kay) Garten was born December 12, 1939 in Atchison, Kansas.  She graduated from Atchison High School in 1957 as ‘The Girl Most Likely to Succeed’. Kay received a Bachelors in Nursing from the University of Kansas Medical Center in 1961. She married Paul N. Garten on Sept 2, 1961 and then began her career as a hospital nurse. She became a Nursing Supervisor and remained in that role until 1972. She was a School Nurse from 1972-1977. From 1977 until her retirement in 2003, Kay worked as a RN in a private practice setting for several area doctors.

Kay had three children, Cynthia Kay (1962), Lauri Ann (1963) and Paul Michael (1965). She was involved in her children’s lives as a Girl Scout Leader, President of the PTA, and Homeroom Mother. She acted as Leader and Officer in Episonal Sigma Alpha Social Society & Sigma Theta Tau Professional Fraternal Group, a District Officer of the American Nurses Association and named Outstanding Young Woman of the Year by Chillicothe Jaycee Wives in 1972.

Kay was fiercely involved in her family members’ lives and activities. She was an active member of her church and a dedicated woman of God. She is remembered by all who knew her as an energetic, generous, loving presence that made everyone she met feel special and cared for.

Visitation will be from 11-1pm, Monday, November 5th at Langsford Funeral Home. Funeral services will begin at 1pm. Burial to follow at Lee’s Summit Cemetery. In lieu of flowers, memorial contributions may be made to St. Judes or the American Heart Association.

What an amazing woman as i read her obituary, she lived a full and wonderful life. I know your family will miss her greatly. Very sad losing a parent . God bless you all.

A lovely tribute to a wonderful lady! What a great legacy she has left in you! ❤️

Our heartfelt condolences go out to you and your family. We will surely miss the presence of a truly lovable and kind person.