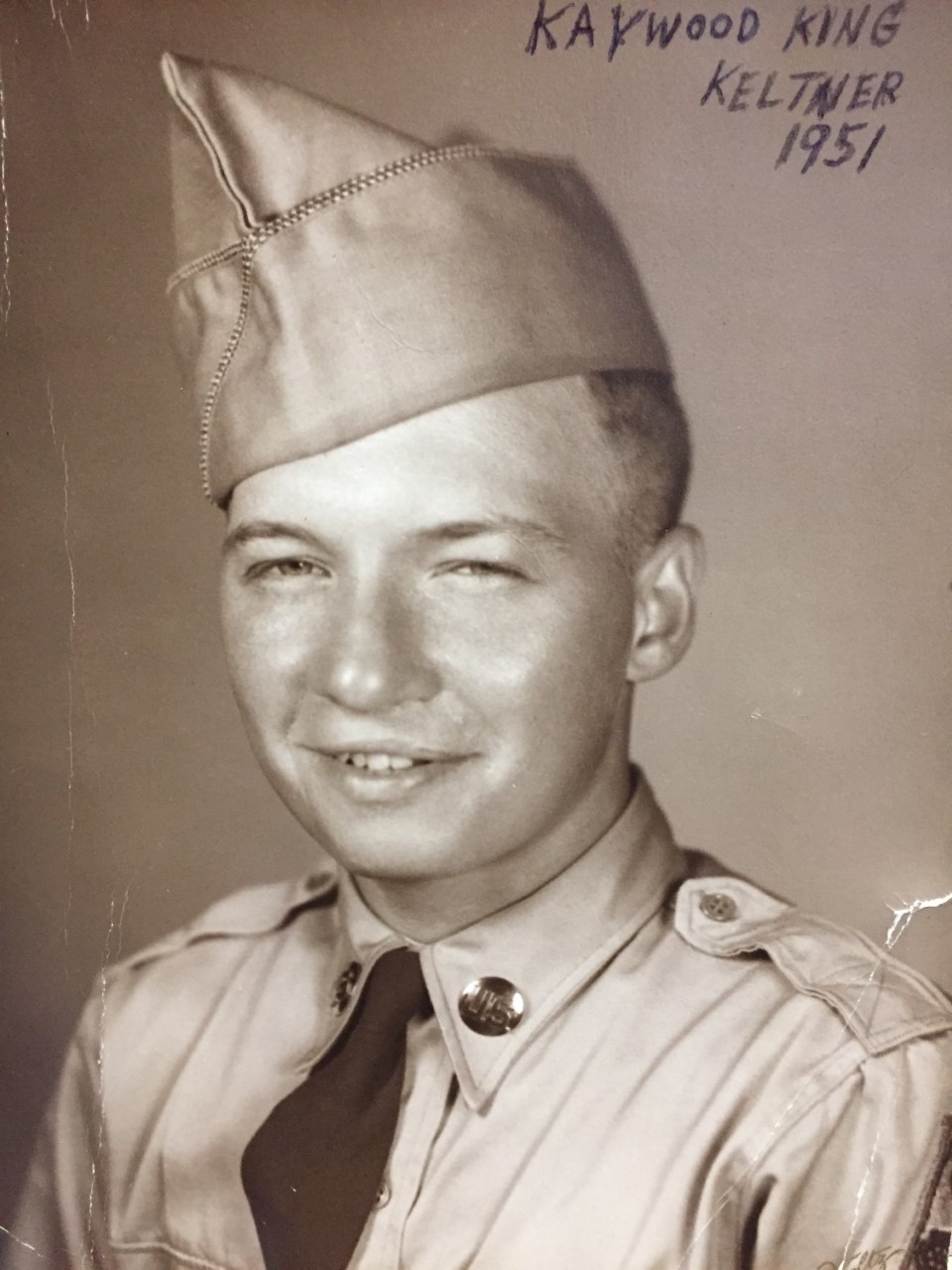 At the Blue Ridge Baptist Church, Kent became head of the Children’s Bus Ministry. Kent worked hard and had 8 buses full of kids coming to the church. Kent preached at this church sometimes and he and Leslie were married at this church. We went to this church sometimes. Kent then became pastor of a church in Harder, Kansas; Park City, Kansas; Moundridge, Kansas; Gladstone, MO; and Springfield, MO. We went to all of these churches when we visited their homes. We visited your church before you started Clear Point Church.

When Kent became involved so much in his church work, I became for interested in the Bible and reading it. I found out that there is a lot that I didn’t know. Kent had for years directed us toward taking Jesus as our savior and being saved.

When I was a kid, I had blood poison in my feet, yellow jaundice, rheumatic fever, and a ruptured appendix at age 20. It seems that my purpose has been to support other people’s children.”

Visitation for Kaywood will be Tuesday, February 5, 2019 at Langsford Funeral Home from 10-11am. Funeral Services will begin at 11am. Burial with military honors will follow at Lee’s Summit Cemetery. Family requests casual dress for the funeral services.