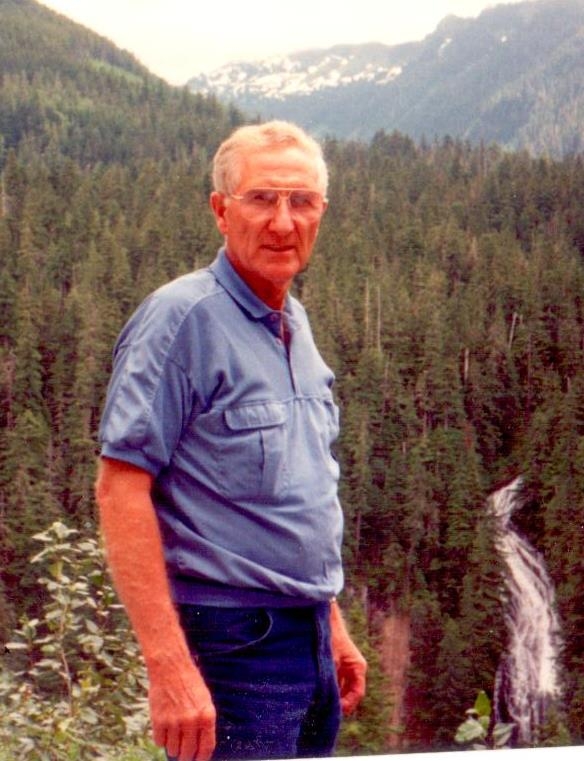 Kenneth Keller, 87 of Greenwood, MO passed away November 8, 2018. Visitation will be 9 – 11 a.m., Tuesday, November 13 at Langsford Funeral Home. Graveside will follow at the Greenwood Cemetery. In lieu of flowers, memorial contributions may be made to St. Jude’s Children Hospital.

Kenneth Ervin Keller was born June 4, 1931 in Concert, Alberta, Canada to Emmoms and Icie (Vaughn) Keller. He was ninth of 14 children. Kenny honorably served in the U.S. Army from June 1952 to August 1960. He was deployed to Korea as a Sound Ranger. After returning home, he met and married the love of his life, Anna Pearl Eneff on June 4, 1955. They were married 52 years. They had 3 children, 4 grandchildren, and 7 great-grandchildren.

Kenny was a hard worker, often holding multiple jobs at one time. He retired from MGE in 1992, but continued to install garage doors for more than 40 years. When not working, Kenny and Anna loved taking long distance road trips all across the States.

He is preceded in death by his wife Anna; his parents; and siblings, Pearl, Clara, Elton, Opal, Betty Jo, Elvis, Kelly and Gail.

Randy, Curtis, Sandy & families, we are very sad to hear of your Dad’s passing. We have many fond memories of him (and your entire family). We will not be able to attend his services on Tuesday because we will be out of town that week. You are all in out thoughts and prayers.
Love & Blessings,
Tom & Jackie Krinke

I am so sorry to hear about your Dad’s passing. I will always have good memories of your folks. Sandy, Curtis, and Randy: All of you are in my thoughts and prayers.
Patti Guest Wilson

We are very sorry for your loss. I spent many hours at your house growing up. I have a lot of happy memories of those times. Your mom was always happy and laughing and your dad was always such a quiet gentle man. One thing that sticks in my mind is how happy they were together. Thinking about you all during this difficult time.
God Bless,
Sandee & Larry Golden

So sorry for your loss, many fond memories out at the farm growing up!