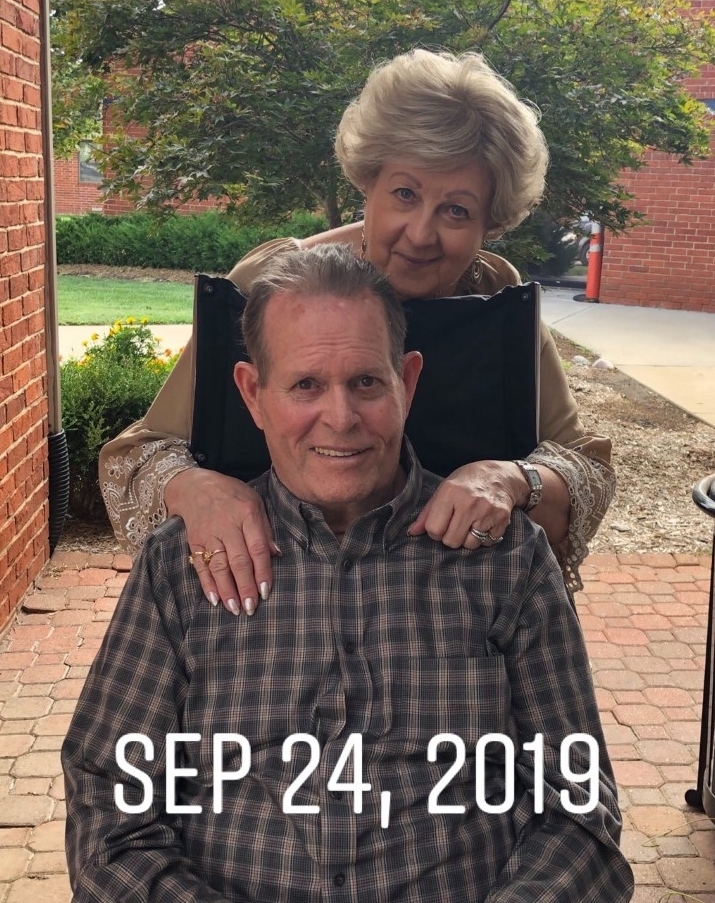 Kenneth Lavern Goosey, 82, of Pleasant Hill, Missouri, passed away on Saturday, October 5, 2019 at John Knox Village Care Center in Lee’s Summit, Missouri. Visitation will be from 3:00 PM – 6:00 PM on Friday, October 11, 2019 at Langsford Funeral Home in Lee’s Summit, Missouri. Funeral services are scheduled for 10:00 AM on Saturday, October 12, 2019 at Langsford Funeral Home. Burial will follow at Floral Hills East Cemetery in Lee’s Summit. In lieu of flowers, memorials and contributions are suggested to the Polycystic Kidney Disease Foundation of KC or The Alzheimer’s Association.

Ken was born January 21, 1937 to Toalson and Mary Goosey in Renick, Missouri.  He was preceded in death by his parents and brothers, Toalson (Leon) and George (Pete) Goosey.  He is survived by sons Kenneth Dale (Patricia), Keith Dean (Michelle) and Kirk Darren (Carol) Goosey and  his three wonderful grandchildren, Kiersten Deanne (Justin),  Keegan Delaney and Kaitlynn Deanna Goosey.

Ken graduated from East High School in 1955. He worked at Vendo following high school.   His dream job was to be a tool and dye maker and in 1956 was able to make his dream a reality by entering into a four year tool and dye apprenticeship at Westinghouse Aviation Gas Turbine.  Being a Journeyman tool and dye maker served him well as an Engineer  at AT&T Microelectronics, not only could he design the part, he could make the part.

Ken was exceptionally handy and could do just about anything. He built their first home in Independence, fixed cars for all that asked and would help anyone in need at the drop of a hat.  All of his sons thought the world of their dad, he was their Superman and looked up to him as an amazing role model of a family man. He was never too busy to help someone.

He met the love of his life, Virginia, in 1956.  They were married on May 3, 1958 and spent 61 amazing years together.  Ken retired in December of 1989 and they were blessed to spend each day together doing the things they loved.  They both loved traveling and their favorites were Italy, Europe, China and their last adventure was to Australia/New Zealand in 2014. They loved going to Branson, their lake home and tried their hand at being snowbirds in southern Texas and Arizona.  Ken and Virginia enjoyed many activities including New Dinner theatre, Big Creek Country Show and of course Oldsmobiles.  Ken was proud to take his 1901 Oldsmobile Curve Dash to car shows, as well as several of their other Oldsmobiles.

Ken was a wonderful husband, father and friend to everyone.  He will be greatly missed.

So sad to hear about Ken. Ken was a great guy and friend. Hey will be missed. Praying for Virginia and family.

So sorry to hear of Kenny’s passing. Please know you are in our prayers. I have jobs and won’t be able to attend the visitation. He will be missed but know he is in a better place now.

So sorry to hear. A great person! May he rest in peace!

Virginia,
When we think of Kenny it will always be of the good times together. You
were such a sweet couple and we are thankful for your friendship. He won’t
be forgotten.

I worked with Kenny at Westinghouse where we were both apprentice toolmakers and again at AT&T. when I worked in the metal shop at AT&T and we had trouble with a job I knew that if Kenny came over to help the problem would be solved. He was a great guy and a true friend he will be missed.

So sorry for your loss. Mr. Goosey was a great guy, my second Dad in some ways. There was not anything he couldn’t fix or make to work better. I will always remember him for his can do, we can fix this attitude. He will certainly be missed.

Our thoughts and prayers are with his family. Wish I could be there but know my heart is with you. God welcomed a wonderful angel and he will be missed immensely! Rest In Peace Kenny

So very sorry to hear about Ken. He was a great guy & friend. Our sympathy and prayers to you and your family.