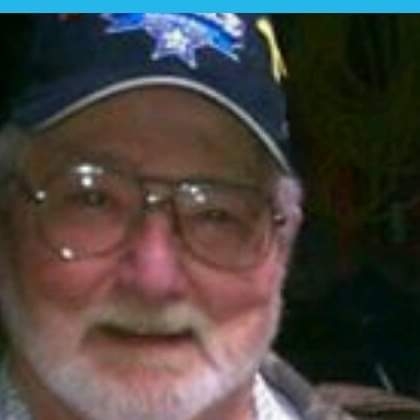 Larry “Turk” Turkington at age 80 began his journey to Glory on May 20, 2021. He has lived in Lee’s Summit since 1954 and was a 1959 graduate of Lee’s Summit High School (go Tigers!) He was a heavy equipment operator for Missouri Public Service, retiring in 1999. He made a great use of his retirement with fishing, hunting. and black powder competitions with period dress.

His second family included those that gathered at Neighborhood Cafe for early morning coffee. He also enjoyed harassing those that worked there.

He was preceded in death by his mother, Virginia Turkington, his dad C.W. Turkington and sister Sharon Turkington Spurck.

He is survived by his wife of 55 years, Carolyn, his daughter Karie Ross, his daughter and son-in-law Tessa and Donovan Weaver. He also leaves 5 grandchildren, Megan, Allison, Dylan, Courtney, and Briana. And the extra specialness of 4 great-grandchildren, Daisy ,Ashlyn, Larkin, and Kaden.

So sorry to hear of your dad’s passing. He was a lot of fun. He will certainly be missed.

I’m so sorry for your loss. Your family is in our thoughts and prayers.

Tom and I used to visit with Turk up at Neighbors. He was always nice and had some good stories ! He will be very much missed. So sorry for your loss.

I was sorry to hear of Turk’s passing. I had not seen him during COVID and was going to try and get by the cafe soon. I will dearly miss his talks. He was a great friend to us and I know God will be with the family at this time.

I will miss him. Last time I seen him is when I stopped bye and mowed his yard. I knew he wasn’t doing well. I was out of town when I found out of his passing, through a mutual friend. I am sorry for your loss.

Larry and had become friends at
Lee’s Summit High. He was always a prankster. He could take it as well as dish it out.
We lost touch with each other until our Class of 1959 started meeting at Neighbors for breakfast once a month. I did not know about his death until today June 28 2021. I will miss my old friend. And pray for his family