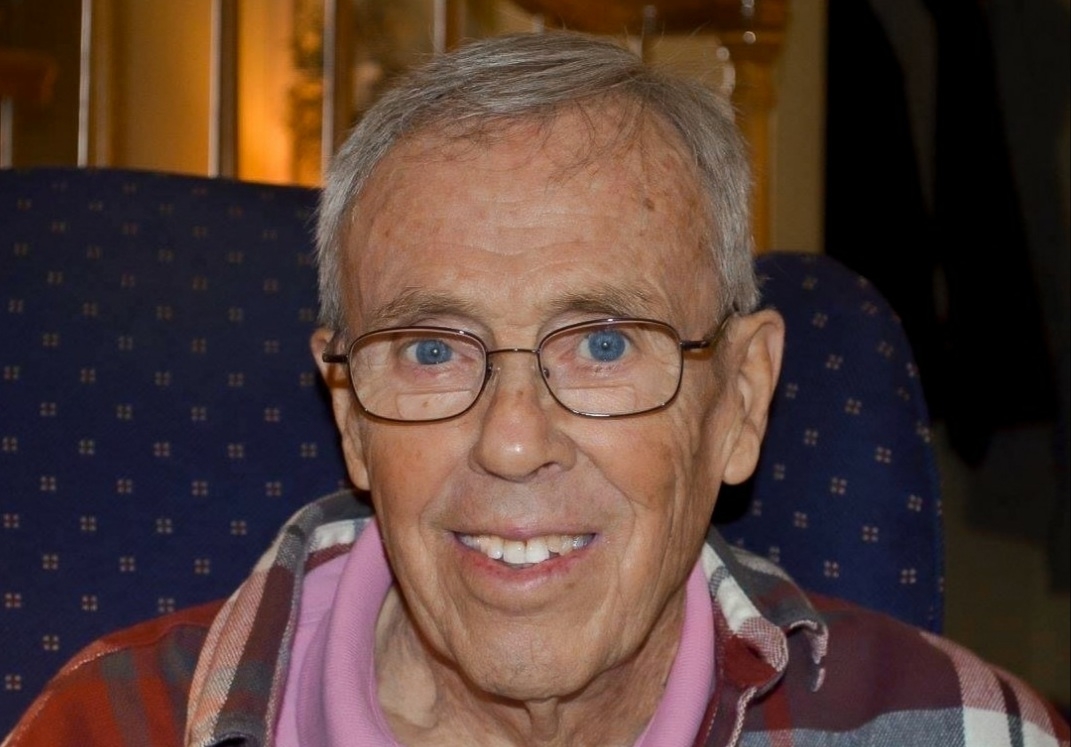 Lawrence Eugene “Larry” Chaldecott, 88, beloved husband, father and grandfather, passed away peacefully on Wednesday, April 22, 2020 at his home in Lee’s Summit, Missouri. Larry will be remembered by his family and friends for his wonderful sense of humor and great laugh, his kind heart and his generous ways.

A Celebration of Life service will take place Saturday, July 18th, at 11:00 am at Aldersgate United Methodist Church, located at 350 SW 150 Highway in Lee’s Summit, Missouri. Afterward, the ashes will be interred, with Military Honors, in the Lee’s Summit Historical Cemetery, 806 SE 3rd Street.

Larry was born September 25, 1931 in St. Joseph, Missouri, where he graduated from Central High School in 1950.

He served in the 511th US Air Force during the Korean War and was honorably discharged in 1954.

On April 3, 1958 he married Janiece Bradford, also of St. Joseph, and together they enjoyed 62 wonderful years of marriage, 55 years of which were spent living in Lee’s Summit, Missouri. Together, they raised one daughter, Karen, and made a great life including many fantastic friends and neighbors.

Larry worked at Allied Bendix Aerospace in Kansas City for 28 years, retiring in 1985.

Larry spent many years enjoying activities such as swimming, biking and running. He competed in many races, including several “Tin Man” competitions.

Several years he participated in the “Bike Across Kansas” bike tour, even convincing Janiece to join him a few times. On these tours they met, and had tons of laughs with, many wonderful friends, many who only ever knew him as “Ed Ott,” because of one of the funny stories he always told.

He and Janiece also took great pleasure in visiting various places across the country at Air Force reunions, where he reconnected with his buddies from the Air Force, met their wives, and had many enjoyable times together.

Larry was preceded in death by his mother, Gertrude May (Bridgford) Frost, his father, Lawrence O. Chaldecott, his much-loved stepfather, John Walter Frost, and his Sister-in-law, Janis Vincent.

The family wishes to thank the wonderful caregivers of Simply Home Companion and Personal Care and the nurses from Village Hospice for all the tender loving care shown to Larry and to the family, allowing him to remain at home for his final days.

In lieu of flowers, the family suggests donations to Simply Home Companion and Personal Care, the Village Hospice or Aldersgate United Methodist Church, all of Lee’s Summit

We will miss Larry at our coffee on Wednesdays. We all told our stories and enjoyed each other.

I met Larry in the mid 80’s at the Raytown YMCA. I was trying to learn how to swim so I could do a triathon. Larry helped me a lot with my swimming and I was able to do the tri’s.
I remember that Larry was an avid bicyclist. I considered Larry to be a good friend and would like to have seen him in the past years. When they closed the “Y”, we got out of touch.
Herb