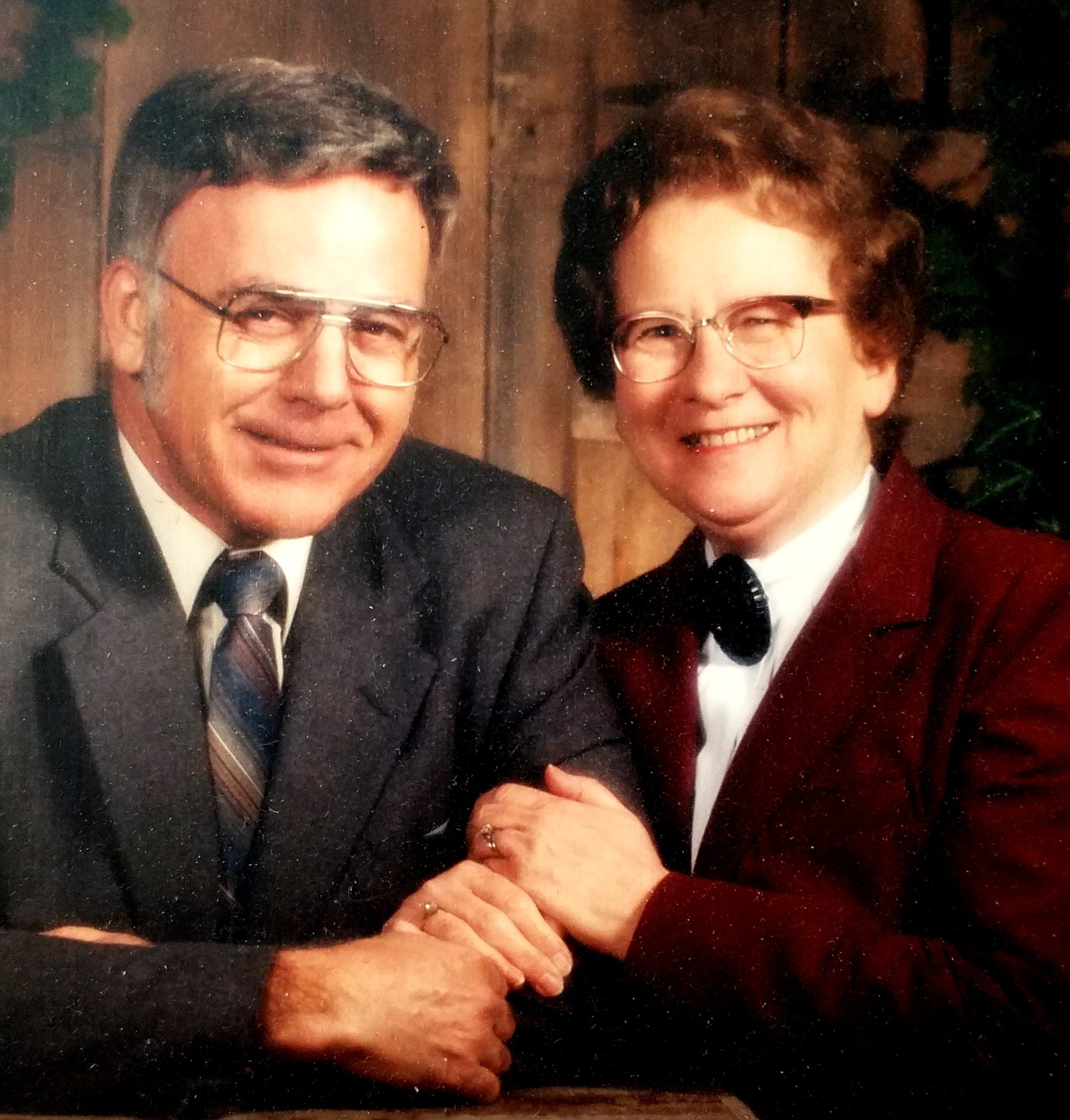 Lee Orin Cunningham, 89, died on August 15, 2018 in Lee’s Summit, MO. He was born March 5, 1929 to Percie Ewing [Daulton] Cunningham and Dewey Center Cunningham in Stilwell, Kansas. He was preceded in death by his wife of 59 years, Beverly Jean Truscott Cunningham, whom he married on June 17, 1951  and his son his son David Lee Cunningham.  Bev & Lee’s ashes will be laid to rest together at the Belton Cemetery, Saturday, September 15, 2018 at 1:00pm.

Beverly Jean Truscott Cunningham was born in Harrisonville, Missouri on September 2, 1929 and died in Council Bluffs, Iowa on October 20, 2010.  Bev had a master’s degree in education and  Lee is a retired Air Force Major.

Bev & Lee were inseparable and spent their retired years teaching Logo programming to kids, traveling the country on bus tours, becoming master gardeners, learning and perfecting their ballroom dance moves and researching genealogy on both sides of their families.

Bev & Lee are survived by two of their three children – Stef Cunningham and Linda Cunningham, as well as four grandchildren and six great-grandchildren.

My heart goes out to the families.

Our hearts are heavy today at The Center in Council Bluffs, where Lee & Bev attended for many years. Their smile could light up a room! Lee would come in an visit and exercise and always had a story. He will be missed. I know Bev & Lee are dancing in heaven together.