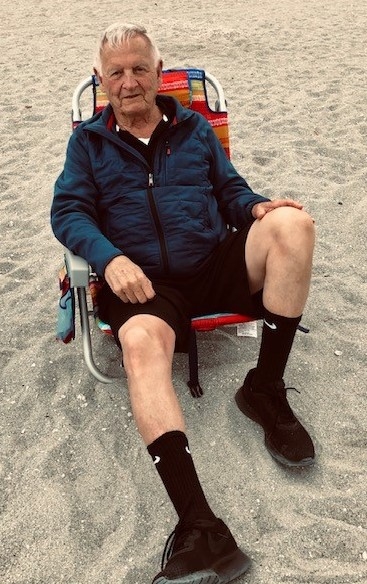 Lester Roy Patterson, 83, of Lee’s Summit, Missouri died Sunday, March 14, 2021. Lester was born February 18, 1938, in Washington, Georgia to Robert M. “Mr. Pat” and Sallie Patterson. He moved to Kansas City with his family as a teenager and graduated in 1956 from Center High School. He enlisted in the Army Reserve after High School and then began working with his dad in the construction business. They later went on to own L&M Builders, specializing in home construction. He married JoAnn Copeland February 20, 1958, and moved to Lee’s Summit, Missouri in 1964. They welcomed their first child Leslie Ann in 1965 and their second child James Wesley in 1968. Lester served one term as a Lee’s Summit City Councilman in the early ‘70s and went on to serve as a Missouri State Representative for the Democratic party five terms from 1976-1986. After retiring from politics, he continued developing residential property and maintained his real estate license. He enjoyed spending time at the beach and traveling. Lester was preceded in death by his parents, a sister Gloria, a brother Warren, a brother Irvin, a twin sister Esther, his wife JoAnn, and a daughter Lisa Marie. He is survived by his brother Lewis, his daughter Leslie (Nick) Lynn, his son Wesley (Rachel) Patterson, a Grandson Neko (Brooklyn) Lynn, a granddaughter Josie (Devon) Gross, a great grandson Grayson Gross, a great granddaughter Ashlyn Gross, and many nieces and nephews. Services for Lester will be held at the Langsford Funeral Home in Lee’s Summit, Missouri Saturday, March 20. Visitation will be held at 9:00am followed by the funeral at 10:00am.

We were so sorry for your loss. Lester called my mother, Lois, regularly and she enjoyed their conversations. Lester was so kind to my family by letting us stay at his home when we visited KC over 15 years ago. He acted as our tour guide and showed us everything. My children still remember the trip and meeting their Patterson relatives. Lester touched our hearts and will be truly missed.

Lester, JoAnn. Leslie, and Wesley were our good friends and neighbors on Cedar Street for many years. Diana was Lester’s In District Secretary while he was a State Representative and Charles learned about being a Campaign Treasurer from him. We will always treasure those years and the friendship we shared with the Patterson family. Lester will be missed.

Dear Patterson family, The Owsley family, Rex, Carole, Sherri Stawarz, and Jeff send our condolences to all of you. Our thoughts and prayers are with all of you at the difficult time.

My condolences to the family. Lester was a wonderful man a wonderful husband and friend. I will miss him so much rest in peace my friend.