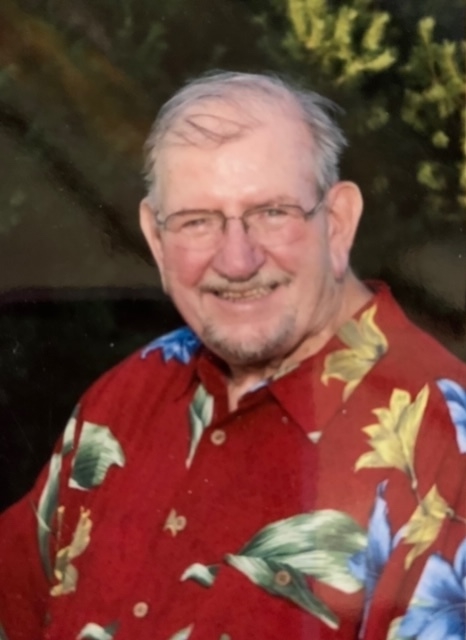 Lou started his career with Montgomery Ward and worked his way into the Catalogue Sales and Promotions Manager. He retired from Wards On July 4, 1997. He then continued a sales career for 2 years before completely retiring in 1999.

Lou enjoyed many hobbies over his lifetime. Building sailboats, sailboat racing, camping, motorcycling, and travel. Lou along with Jennie rode their motorcycle in 49 states and over 150,000 miles. They were co-founders of the Heart of America Trikers, lifetime members of the International Brothers of the Third Wheel, members of the Show Me Wings Motorcycle Club and the Spyder Ryders Club. He and Jennie were also members of the Jacomo Sailing club. He was a member of St. Margaret of Scotland Catholic Church.

Lou was a devoted husband and father. He enjoyed hosting numerous family gatherings and trips. He will be dearly missed by all who knew and loved him. The family wishes to extend special thanks and gratitude to the loving staff of Kindred Hospice and the Visiting Angels Organization. Especially Christina, Amber, Joe and Sandy.

Lou called me Bruceska. Not sure why. We rode a lot of miles on our bikes. My father in law was a good man who loved his family. He was so proud of all his kids. He loved riding his bike and the fellowship of his fellow bikers. He cherished family get togethers. His house was the place for Christmas, July 4, birthday parties. He and Jenny loved entertaining the family and friends. RIP my friend and father in law. God speed job well done. Love Bruceska.

My sincerest condolences to you and your family. May you find comfort in your many memories of love.

Lew I will miss. He was always there wanting to help, even if he just listened. After Jenny passed on, he was devastated. His family and friends were there for him. He adapted. His mind never stopped thinking about loved ones or problems he had to solve. Unfortunately the body was not so well tuned. He had pain and handled as best he could. Lew was tough, but he had a kind loving heart. His belief in God and His word seem to be in his ❤️ and soul. I have called Lew and talked to him often from our new home in Florida. Please God, bless Lew and his family. ?? ??⛵️

So sad to learn of the passing of a “great guy”, Lou Bechtel, my long ago work associate at Montgomery Ward on Belmont and St John Ave in KC , Mo. I do definitely remember many stories and anecdotes of his days racing and enjoying his sailboat.
He was a “giant of a man” as the song goes—-both in spirit and in that generous and effervescent personality. He will be missed.
God Bless Lou Bechtel

My deepest sympathy in your loss. I proudly rode with Lou for many years and was proud to call him a friend and brother.

Your St. Margaret of Scotland family grieves along with you as you say goodbye to one you have loved. You and Lew will be remembered in our prayers at all our Masses Saturday evening and Sunday.