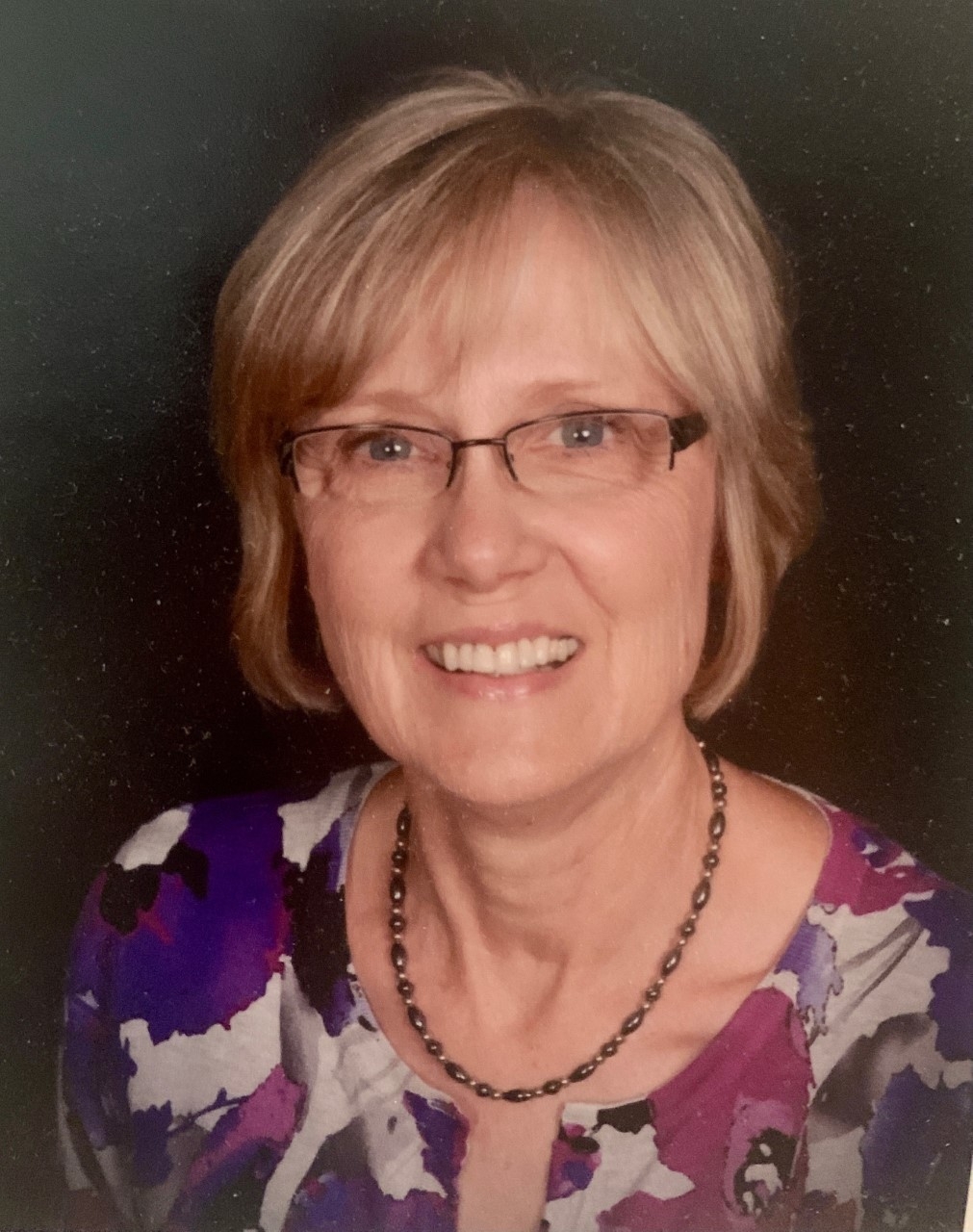 Linda was born August 4, 1948, to Leonard and Christine (Himmelberg) Brand. The sixth of seven children, Linda grew up on her parents’ farm in Armstrong, MO. Her childhood on the farm was a happy one, and she would tell stories about having to help her parents with farm chores with affection. It was also during this time that Linda developed her love of animals- especially horses and dogs. She would fondly remember riding her horse, Snowshoes, and playing with her dog, Ringo, with her sister, Christy.

Linda attended St. Mary’s Catholic School in Glasgow, MO from Preschool to 8th grade and then attended high school at Glasgow High, where she was a member of the basketball team, the Glee Club and was a class officer. She also met the love of her life, Fred, while in her freshman year of high school.

Linda was determined to attend college. She graduated from Central Missouri State University in 1970 with her degree in Elementary Education.

Linda and Fred had continued their courtship throughout Linda’s attending college and while Fred was in the Army. They married in January of 1970 at St. Mary’s Catholic Church in Glasgow and then moved to Wright City, MO where they began their married life together. Linda also began her elementary teaching career. She was passionate that all children get a good education and be treated fairly. Her students loved her, as evidenced by several tokens of affection they gave her that she tucked away and has kept to this day.

Fred and Linda’s first child, Stacie, was born in 1970, followed by Scott in 1974. Linda continued her teaching career until the arrival of their third child, Monica in 1977. After which, she decided she wanted to stay home with the children. Their fourth child, Joseph, followed in 1980.

Linda was a mother who was dedicated to her children’s growth and development. She would spend time playing, drawing, reading, counting, and doing art projects with her kids. She also loved to bake and would often involve her kids in the kitchen. As they grew, she encouraged and supported them in their involvement in school and activities, spending hours in the gym and at the ball field.

When Joe started Kindergarten, Linda went back into the classroom, becoming a paraprofessional at Bryan Elementary School in Nevada, MO, where she worked for several years. She also had a position as a teacher at St. Mary’s School in Nevada and at The Gazebo gift shop in Nevada.

Linda loved volunteering and being involved in committees. In Nevada, she was a member of St. Mary’s Parish Council, the Altar and Rosary Society and the Ladies Auxiliary.

Fred and Linda moved to Lee’s Summit, MO in 2010 to be closer to their children and grandchildren. Linda continued her volunteerism at Holy Spirit Catholic Church, serving on the Parish Council and Ladies’ Auxiliary.

She was known affectionately as “Nanny” by her eight grandchildren. She was very involved in her grandchildren’s lives- attending numerous games, concerts, and activities. She granny-sat frequently and doted on the kids.

Linda loved music, dancing, and spending time with family. She was excellent at embracing her silly side and did not take herself too seriously. She laughed with her whole body. She loved hard and wore her heart on her sleeve. She valued faith, integrity, goodness and service.

Linda adored her husband. Until her last day on earth, Fred was her rock, her touchstone. They had immense respect for one another and knew how to have fun together. They dated each other every day of their marriage. Fred was Linda’s primary caretaker for the duration of her battle with Alzheimer’s and he approached each day with grace and humor. A testament to their love.

She is survived by Fred, her husband of 51 years; Her children: Stacie (Jay) Scherer of Huntsville, AL; Scott (Natashia) Symes; Monica (Gus Ornes) Symes and Joe (Chrissy) Symes; all of Lee’s Summit, MO. Her eight grandchildren: Emma and James Scherer, Noah, Graceyn and Luke Symes, Willa Krasovec, and Clyde and Dean Symes. She is also survived by her siblings, Shirley McKeone of San Diego, CA; Bonnie Littrell of Glasgow, MO; Dean (Chris) Brand of Heath, TX, and Christy (Gene) Wright of Salisbury, MO, as well as many nieces and nephews that she loved so much.

We know she was welcomed into heaven by her beloved family members and friends that passed before her.

A Catholic Mass and celebration of life are planned for October 22nd, 2021 at 2:00 pm at Holy Spirit Catholic Church – 1800 SW State Route 150 in Lee’s Summit, MO. After the mass, the family will receive guests in the recreational room at the church to celebrate Linda’s life. A private burial is planned. The family is asking that attendees wear masks.

In lieu of flowers, family requests donations be made in Linda’s honor to The Alzheimer’s Association.

Thought and prayers with all of you!

Linda was a dear high school friend wether it was playing basketball or just sharing our dreams. All of you are in my thoughts and prayers. Please give Fred a hug from me.

Fred and family,
My deepest condolences to all of you. Linda was indeed a very special lady that could make everyone feel loved and special. I enjoyed our times together and Linda will be missed at Sunday morning breakfast at Places.
Hugs always
Lenore

We are so sorry for your loss. Prayers being sent to you and your family.

My sincere sympathy to all her family. You are in my prayers as her passing leaves a huge hole in your heart. I am pretty certain that my dad, Arnold Brucks, was Linda’s godfather. And he was so very proud of that. And Shirley, you were a babysitter for me and my older brother Bernard. So very sorry. God richly bless all of you.

Dan and I send our sympathy, love and prayers to you all.

My prayers for all the family! I have many fond memories of our years together in school!

Uncle Freddie and Family,
Jeff and I are very sorry for your loss and send our sympathy, love and Prayers to you and the family. Aunt Linda was so kind and such a sweetheart and will be missed.
Love
Denise & Jeff Fletcher