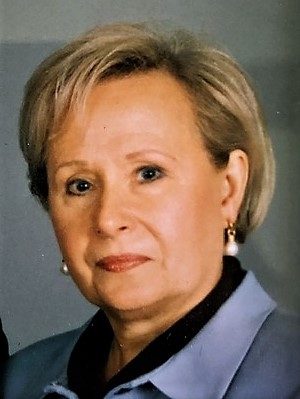 Lois Jeanette Rohm (nee Friedrichsmeyer), 82, of Lee’s Summit, MO died peacefully Friday, March 22, 2019 after a long struggle with Alzheimer’s Disease. Her final days were spent with her daughter and granddaughters, her pastor, and staff at the facility where she resided during her final year. Lois was born September 11, 1936 in Wabash County, Illinois to Reverend Owen Henry and Esther Louise Friedrichsmeyer. She grew up as the only daughter of four children. She married her beloved Richard April 23, 1955 and together they raised two daughters. Despite a hectic schedule managing a home and family, she pursued her Bachelor’s and Master’s degrees in education at the University of Missouri Kansas City. She typed papers and studied for classes late in the night while the rest of the family slept and yet made time to expertly sew most of her daughters’ school and holiday clothing. After graduating, she went on to teach at Raytown South High School and later Raytown Middle School fulfilling her passion for educating young people. She was respected and loved by students and staff alike, taking great pleasure in meeting former students in the community. After semi-retiring, she worked as an adjunct professor at UMKC supervising student teachers, fulfilling another desire to contribute to the education and training of future teachers. Lois had many talents, but enjoyed art immensely. She was particularly a skilled portraitist, leaving children and grandchildren a portrait of each. Even with advanced age and frailty, and while battling profound cognitive impairment, she remained always the teacher. She taught us valuable lessons, like understanding the unwavering love of a parent; doing the right thing is often not easy and at times downright hard; patience is truly a virtue; love can be expressed without a single word; the difference between God’s blessings and grace; promises are promises; and finally, that life is tenuous and therefore to be cherished. Lois and Richard were loving, supportive and involved parents, grandparents, and great grandparents. Although family was always at the center of her world, she and Richard were active in their community and church. Three great sorrows in Lois’s life were the deaths of her daughter Cindy, grandson Richard, and her husband Richard, all to cancer. Lois is preceded in death also by her mother and father and brothers. Lois leaves behind her daughter; Pamela Whitman, granddaughters; Lisa Stoll and Shannon White, grandson; Ben, and great grandchildren; James, Emily, and Ryker. Our world is less without her, but fuller for having had her. We are comforted that she is with her beloved Richard, Cindy, and grandson Richard.

A private service will be held at a later date. The family suggests donations to the Alzheimer’s Association, Habitat for Humanity, Salvation Army, American Cancer Society or charity of your choice.

What a beautifully written story. You know that you are loved & prayed for. I know somewhat of this journey with Alzheimer’s , as my mother,also a public school educator, struggled her last years with this insidious disease that steals the essence of the person a jot & tittle at a time. Thank goodness for precious memories. Love & Blessings to you and your family .
Love, Irma Schwieterman

Glad her battle with this horrible disease is over but she will be greatly missed ??

I always enjoyed spending time with my aunt and uncle (and cousins) when they came to Pittsburgh. The visits were not often or frequent enough for me. Enjoyed my visits to KC too. Lois and Jack were more like friends than aunt and uncle. We had such good times. They always made it to Pittsburgh for weddings/anniversaries/etc. Remember the grandkids being introduced to me when they were small. They weren’t sure what a cousin was, so they called me Nina’s (Lois) friend. Wish I could be with you all at this sad time. Hugs/kisses/thoughts/prayers to all of you.

Pam, Your mothers’ life lessons are apparent in all that you’ve done for her and all you do for your husband,children,grandchildren and friends.
Blessings to your family~Kirsten and David

Aunt Lois was always so loving, I always loved seeing her and Uncle Richard, you could always see their love for one another. I enjoyed visiting at their house, you always felt welcomed. Always enjoyed being with my cousins Pam and Cindy. Aunt Lois was a talented artist, I wish I could have seen more of her artwork. I know I will see her again thanks to Jesus. She is enjoying time in heaven with my parents and other family members. I keep Pam and her grandchildren and great grandchildren in my prayers, because I know she is greatly missed.

I know she must have been a beautiful soul to have raised such a motivated, caring daughter. My prayers are with her and the family.

Pam –
Such a beautiful tribute! She must have truly been a fascinating lady!
I am very sorry for your loss. I am sure it is profound. Focus on your rich and loving memories, they are forever yours!
Love to you my friend…