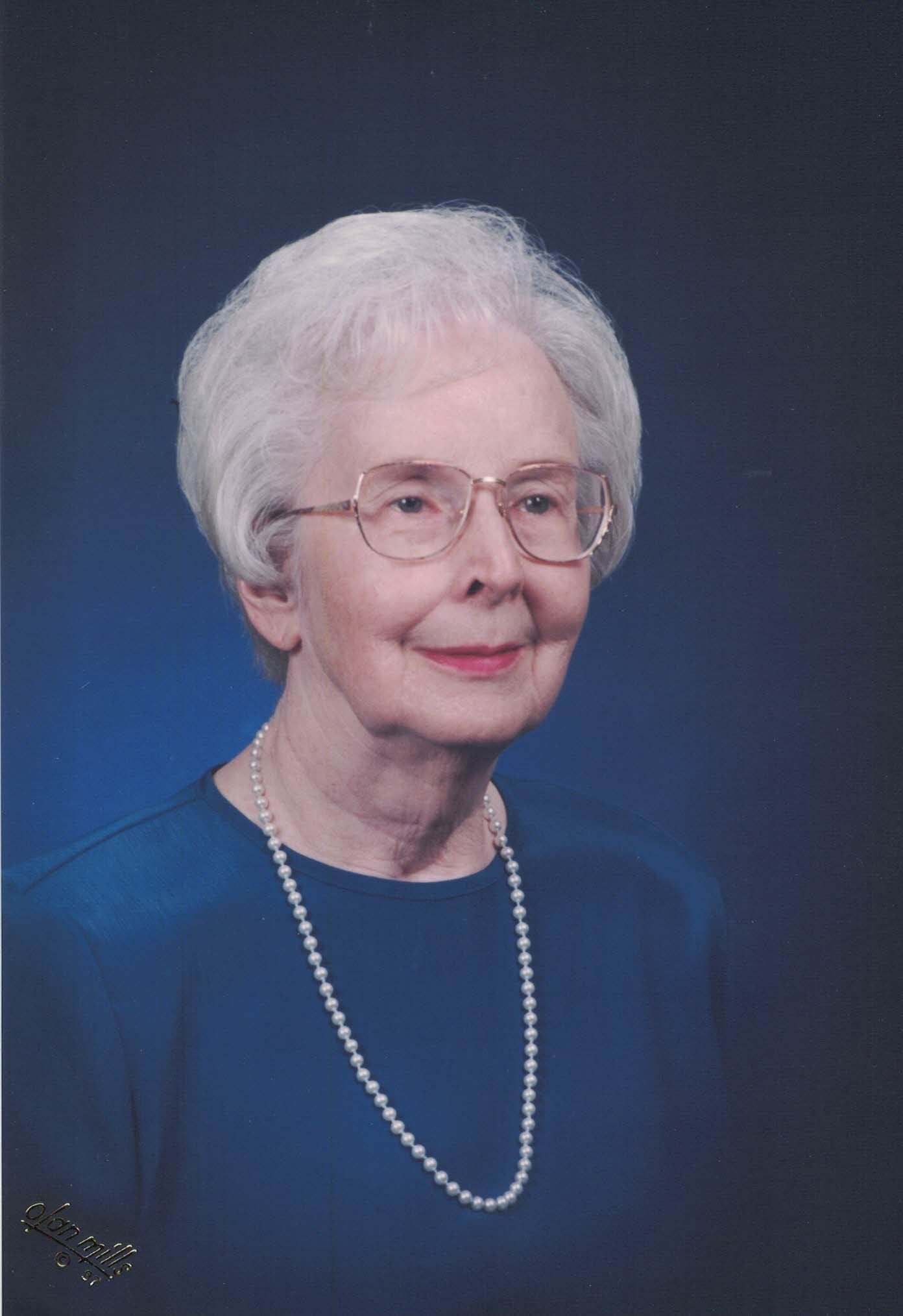 Lois Ruby Harkleroad Gooch passed away at the John Knox Village Care Center on December 2nd, 2020 in Lee’s Summit, MO at the age of 95.

Lois is survived by her sister Joyce Smith, her son David (Lori) Gooch, her step daughters Cheryl Hanson and Carolyn Smith, her grandchildren, Allison (Shawn) Marx, Jill (Brad) Carrell, Jason Hanson, and Lori (Bill) Richardson, and her great grandchildren Thomas, Daniel, Cooper, Chase, and Wesley.  She was preceded in death by her parents William and Pearl Harkleroad and her siblings Neil, Arlo, Lyle and Winn and her husband Elvin and her son-in-law Gary Hanson.
Lois was born on May 28th,1925 in Salina, Kansas. Lois graduated from the University of Kansas in 1947 with a degree in Mathematics Education. She worked at Halls as an accountant until she married Elvin Gooch  on March 17,1957.  They had two children together, first David, and then Donald who passed shortly after birth.
Lois and Elvin met at Linwood Methodist Church and were part of a large singles class, the Criterion Class until they married.  They attended Linwood Methodist for many years, as did their children. After moving to the Raytown area, Lois & Elvin attended Sterling Acres Baptist Church. Sometime after Elvin’s death, Lois started attending First Baptist Church of Raytown, and finally she attended the First Presbyterian Church of Lee’s Summit.
Lois and Elvin enjoyed square dancing and travelling.  They were world travelers, taking David, Carolyn, and Cheryl with them when possible.  Lois and David would sometimes enjoy travelling together when Elvin was working.  Lois and Elvin travelled the country also with their Recreational Vehicle and made new friends along the way.  Following Elvin’s retirement, Lois and Elvin spent several winters in McAllen,Texas to be in the warmer temperatures.
Lois was an expert bridge player, and she and Elvin played with a group of friends, many of whom were church friends, for many years.  Lois continued to play bridge after she moved to John Knox Village in 1996.
Lois was a caring contributor to many charities during her lifetime.  Lois valued gifts that were handmade and she made many needlepoint ornaments, candy and cookies for her loved ones at Christmas time.  Lois took her mother, Pearl into her home to care for Pearl during the final years of her life, and Pearl lived to be 102 years old.
Lois’s sister, Joyce came to live with her in 2006.  They watched out for each other and they often  enjoyed putting together large puzzles.
Lois worked part time at H&R block doing taxes and after moving to John Knox, she worked as a volunteer for the AARP tax office at John Knox Village and was the manager of the office for several years.  She worked many hours each week during income tax season.
Lois  continued to be a very active, independent lady following her husband Elvin’s death in 1988 until recent years when health issues appeared.
If you wish to make a donation in memory of Lois, please do so to a charity of your choice to help people in need.

We were so sorry to hear of Lois’ passing. She was, unsurprisingly, a part of many lives, including mine, & it’s hard to hear that she will no longer be around. She left behind a wonderful extended family who, we know, will miss her terribly. With hope that plentiful memories will remind you of better times, we send our love to you all.