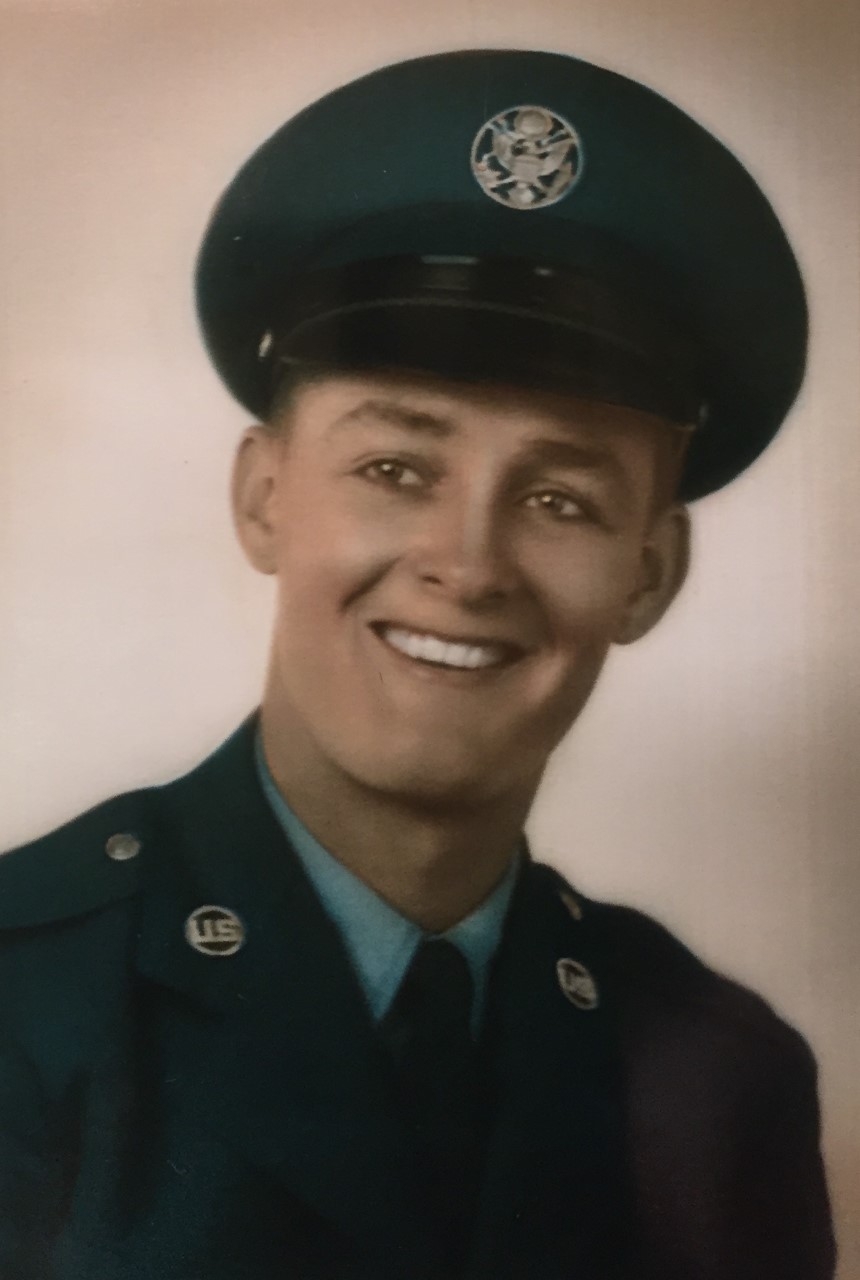 A lifelong traveler, Lorin O. Groom, Jr., age 90, reached his final destination to be with his precious Lord and Savior on January 10, 2022. At the same time he left behind so many who were near and dear to him, he was also reunited with countless loved ones and friends in heaven.

Lorin began his journey on July 30, 1931, in Ravenwood, Missouri where he was born to Julia and Lorin Groom, Sr. “Junior”, as he came to be known throughout the Grant City and Allendale areas, was raised along with two older sisters, Gladys and Geneva, as well as a younger brother, Jack. Growing up on a farm during the Depression, Lorin was certainly no stranger to hard work. He toiled from sunup to sundown and always knew the value of a dollar.

Shortly after graduating Hatfield High School, Lorin embarked on what would become the biggest trip of his life. He and a friend drove to Kansas City where they enlisted in the United States Air Force. After being assigned to the 75th Air Depot Wing, Lorin was eventually shipped to the Korean Peninsula where he served his country with honor.

After completing his tour of duty in 1955, Lorin soon made his way to Columbia, Missouri, where he earned his business degree at the University of Missouri. There, he would meet Janice Wippler. The two instantly fell headfirst in love and were married in 1960.

Upon receiving his diploma, Lorin accepted a position with the John Deere Company in Kansas City. He was subsequently transferred to Denver, Colorado, and it was here that Jan gave birth to their two children, Brad and Melanie. As a territory manager, Lorin travelled extensively throughout the state. A move to Rocky Ford saw many idyllic, carefree years together, followed by yet another transfer back to Missouri where the young family took up residence in Lee’s Summit.

In 1985, after one-quarter of a century, Lorin officially retired from John Deere, though he continued to work on projects for years to come. All told he drove nearly 1,000,000 miles for the company.

Lorin didn’t slow down one bit in retirement. He and Jan satisfied their wanderlust, taking many wonderful trips with friends to destinations all over Europe as well as the United States and Canada. After Jan’s untimely death in 2004, Lorin had the good fortune to marry Doris Macha, and the two enjoyed nearly 16 happy years together, taking several trips of their own. Along the way, Lorin also proudly served in the Honor Guard, paying tribute to fellow veterans by participating in over 1,700 funerals.

Renowned for his uncanny, razor-sharp memory, Lorin could recall the particulars of events throughout his life with astounding detail. As for those who knew him, he will be remembered for many things.

Lorin had an infectious joy for life. He possessed an outstanding sense of humor and dearly loved to laugh and kid around. He loved fishing trips in Colorado, catching brookies and rainbows. He relished vacations boating at the Lake of the Ozarks. He enjoyed manicuring the grass on his John Deere riding tractor and raising plump, juicy tomatoes in his garden. He absolutely treasured his grandkids. He savored an ice-cold beer on a warm summer day, and a sweet, crunchy peanut cluster just about any time. And he truly cherished having his dear children and their families gathered around him every Christmas.

For everything he meant to all who knew and loved him, Lorin will be deeply and profoundly missed. Ever the traveler, he may be gone. But he will never ever be forgotten.

Lorin is survived by his wife, Doris; children, Brad Groom (Allison) and Melanie Dalton (Scott); grandchildren, Meredith Groom, Ryan Groom and Max Dalton; stepchildren, Patty Wesner (Chris) and Jim Macha (Sunny); and step grandchildren, Allyson Macha, Michael Macha, Daniel Macha and Corey Resch. In lieu of flowers, memorials may be made in Lorin’s honor to his favorite charity, St. Jude Children’s Research Hospital. Lorin’s celebration of life will be held Saturday, January 29th at Langsford Funeral Home in Lee’s Summit, MO. Visitation will be at 10am with a funeral following at 11am and noon graveside service at Floral Hills East.

Grandpa Lorin always knew what to say and how to say it. He was so intelligent beyond compare, it always blew my mind. There was never a dull moment as he was always cracking jokes and enlightening everyone around him with his witty humor. He had a heart of gold and always pushed for anything he wanted until it was physically impossible. He’s so strong and he was a very special person to me,
and he is someone that I will never forget.

My mentor and friend. I will miss you. I look forward to seeing you again in eternity.

Our dearest comrade, friend and fellow Legionnaire Lorin was an extraordinary man. Always carried a great attitude, willingness to help and truly loved being a part of our American Legion family and a valued member of our Honor Guard, providing Military Funeral Honors for our fallen comrades and their families. Lorin was a gentle and humble man and someone we all admired and enjoyed being around. We thank God for bringing Lorin into our lives, even for such a short time. We pray for comfort, rest, and peace for Doris and the entire Groom family.

Lorin was a great loving man. God was by him at all the time. Very refined. M m op an always had a smile face. That was his legase I’m Truly going to miss him. We would always have a hand shake to see who have the
Strongest and neither one of us would give up. For a man his age he would shake your hand of.

When I think of Lorin Groom the first word that comes to mind is gentleman. I always enjoyed our conversations, especially those to and from military funerals that centered on John Deere. My Dad worked for John Deere in Salisbury, MO. God’s Speed Lorin!

Lorin, a true friend to the American Legion Post, a dedicated member of the Honor Guard and it was always an honor to call him a friend. He lite up a room with his smile and sense of humor always. He was a true American to his country, his service in the military, and his service in the American Legion. He was a gentlemen, with a heart of gold. He will be truly missed. God Bless you, Lorin.

Doris: So sorry to hear about the loss of Lorin. Thank you for your support when my father passed away.

I am sorry to hear about the loss of Lorin Jr. I enjoyed my conversations over the years with Lorin Jr. On occasions I called Lorin Jr. about questions I had with John Deere farm equipment. I have good memories of playing domino’s with his dad Lorin Sr. in Allendale Missouri at Joker’s Garage. God Bless, Lorin Jr. and Family.