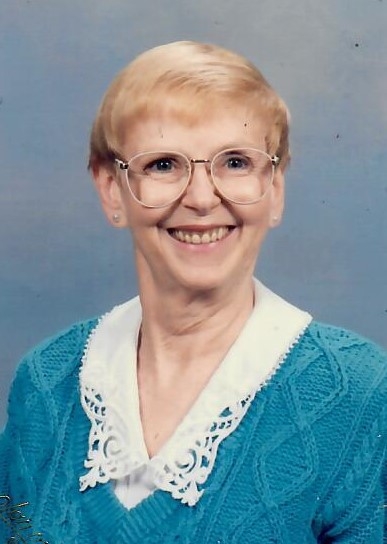 On September 22, 2022 our precious mother Louise E. Phipps left this world and ran into the arms of her Lord and Savior. Louise was born October 4, 1924 to Charles B. and Marie Sinclair in Akron, Ohio. She graduated from East High School in 1942 with secretarial skills. She used those skills with Goodyear Tire & Rubber and First National Bank in Akron, Ohio and Rehabilitations Institute of Kansas City, MO for Hearing and Speech.

She married Thomas McCready September 16, 1944 and from this union they had two daughters Diane Skipper of Greenwood, Arkansas and Pam Monahan (Bill) of Lee’s Summit, Missouri. Louise and Tom later divorced and in 1961 Louise married Bill Phipps who preceded her in death. She was also preceded in death by her parents and her two brothers Marvin and David Sinclair. Louise is survived by her two daughters, 7 grandchildren Lynn (Sharon) Monahan of Holden, MO, Todd (Sharon) Monahan of Florence, Al, Ed Monahan and Michelle Arnold of Lee’s Summit, Mo, Diana (Steve) Harris of Sherwood, AR, Sandra Harris of Alexandria, AR and Jennifer Tedford of Greenwood, AR. She was blessed with 11 great grandchildren Kyle, Bradley (Chance), Brandon (Tessa), Steven, Bryce, Alexis, Jordan, Ciara, Payton, Linley and Briley and 7 Great- Great grandchildren. She is also leaves behind sister-in-law Kay Sinclair and 5 nieces Shannon, Shelly, Susan, Shelia and Shalleen all of Ohio and many friends who she loved dearly.

Our mother’s greatest joy after her grandchildren was sharing the love of Jesus Christ with our youth at First Baptist Church of Greenwood, Arkansas. She wanted the youth to know how special they were to the Lord.

There will be a celebration of her life Friday September 30, 2022 at 10 AM at Langsford Funeral Home, officiated by Rod Handley, visitation with family will be 9am before service. A second service will be held in Greenwood, AR at a later date.

We would like to thank “One Community Hospice and Palliative Care” for their gentle and compassionate care of our mother. Also, a special thanks to Wilshire @ Lakewood Rehab Center for watching over our mother the last three months.

We are so sorry for your loss, and praying that you feel the Lord’s comfort.