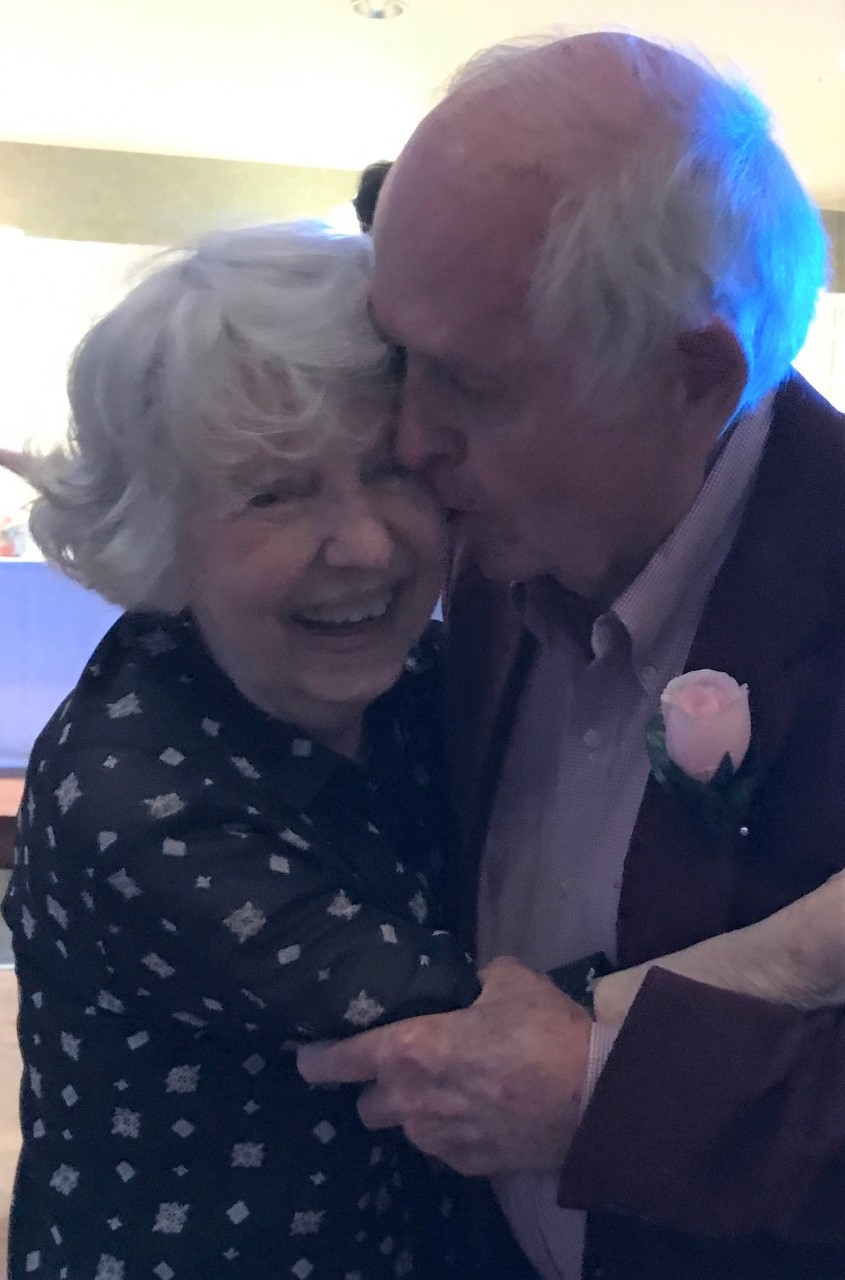 Graveside Services will be private on Thursday, July 15,2020 at Floral Hills Cemetery.

Memorial Contributions can be made to Langsford Funeral Home to help with expenses.

Lucia was born, February 25, 1930 to Giovanni and Angelina Testa in Syracuse, NY. She is preceded in death by her grandson, Jonathan Bennett Gilliland. Survivors include, her husband of 68 years, Calvin Bennett, her daughters, Diane Gilliland, Jeanine Greenlee, and Tricia Jarrett. 8 Grandchildren and 5 Great Grandchildren. Her brother, John Testa (Ann).

Calvin, (Popo/Dad), wanted to share some things with everyone.

I would like to tell you about my darling wife and some the things in her life. First, I want you to know how we met which was rather unusual. On January 3, 1951, I joined the Air Force to become a fighter pilot, but they needed Linguists instead. I spoke with a slow drawl but was sent to Syracuse University to learn Russian. One day, 4 of us boys met girls at a lake. My friend was a talker and had the attention of all the girls when we went to a restaurant. I brought up the rear and slid in next to Lucy, she never even noticed me. Then someone asked me a question and when I responded, Lucy jerked her head around to see who this slow talking boy was. It was all over after that moment and we were married only a few months later.

After the service, we moved to Kansas City. She was the one who pushed me along and gave me the ambition and confidence to start several businesses. She a wonderful Wife, Mother, and Grandmother. She was a strong woman and stood by my side in all the ups and downs throughout the years and never once complained.

At 68 years old – we decided to open another business, Potter’s Haven in Lee’s Summit in September 1998. We are affectionately known as Momo and Popo to young and old. We knew nothing of this business but were determined. She learned to be a good painter and was a support to all of us.

She had many talents, Quilting (hand-sewn), stain glass pieces, paintings that she shared with her family.

The last few years due to an auto-immune disease she was unable to walk. Calvin (Popo) took care of her along with her oldest daughter, Diane. She never complained, she was always happy and patient with everyone.

The daughters wanted to add what a great Mom she was – she always made us feel like there was nothing we couldn’t do. That we were the best always (and, believe me, that was not always easy) but she was always full of encouragement to us all.

Calvin and Lucy were still very much in love after 68 years of marriage. And while this is sad and hard to say goodbye, she is at peace now and visiting with her Grandson and other family members in Heaven.

We Love you Momo – We will see you one day again!

What a wonderful tribute, and such a great life it sounds like she had.
They had it all, true love and rich with life and love all around.
I’m so sorry she’s gone, and I know she will be dearly missed!
Much love to you Tricia, and your father and family as well.
Carrie (co-worker and friend of Tricia’s)

What a beautiful life with wonderful memories. This brought tears to my eyes. 68 years and so much love shared over the years! Thinking about you and your family. Heather Lucas (IQVIA)

To the Bennett Family: I am so sorry to hear about Mrs. Bennett’s passing. She and Mr. Bennett were always so kind to me when I would visit Jeanine. Mrs. Bennett was always attentive to her daughters and their well being. What a great story about how the both of you had met.

Dear family of Lucia, I am very sad to learn of her passing, but very heartened by the full life she lived. What fun memories I have of my time with the Bennett family at the farm house on Pflumm. To this day I enjoy food that I tasted for the first time at your home. Hellmann’s mayonnaise, avocados eaten from the shell with lots of pepper, and so on. Lucy was always in tune to what was going on and was not fooled by our mischief. Even though I seemed to break something every time I was there, she always welcomed me back. What a great little fire cracker of a lady. She will always be remembered by the stories you share. My deepest sympathies to Calvin, Diane, Jeanine, Tricia and all those who loved her and who’s hearts are heavy in this moment. Sincerely, Joyce Olberding Curci

Even tho we expected Lucy’s passing it is still with sad hearts that we know she is gone from this earth. However we can rejoice with the family that she has arrived in heaven. Lucy was a joy and delight to be with, happy and full of life. Their marriage was strong, an example for others to follow. Reaching out with hugs to Tricia, Jeanine & Diana and special love to Calvin. Jim & Annette

My fondest memory of Momo was watching her and Popo dance at Kristen and Alex’s wedding. I thought I want to be that in love with my husband after 65 years of marriage! You will be missed Momo.

Popo, Diana, Tricia, Ashley & all,
Though I never met Momo, I loved listening to stories about you both from Ashley. Her love pours out with pride for you both. I pray God holds you close & comforts you with knowing Momo is pain free & smiling in heaven! Do not hesitate to let me know how I can help.

Momo, I miss you! But I am rejoicing for you! You are so full of light and are ALWAYS letting the sun shine in! You are so loving and caring and encouraging! You constantly enjoy learning new and fun things and never EVER worry about failing or embarrassing yourself… as if such things don’t even exist! So rare! I have no doubt that you are the exact same way in your new home! Thank you for teaching me to care about people around the world! Thank you for EVERYTHING!! I look forward to you greeting me with your beautiful, joyful face. I want to thank God for every day day that I get to serve Him here, as you taught me… This is the day that the Lord has made; let us rejoice and be glad in it! Psalm 118:24.
Love Your Granddaughter,
Christin Kinsley

Rest in peace beautiful lady! What an amazing lady and mother. As she was a mother to me also. So many great memories!