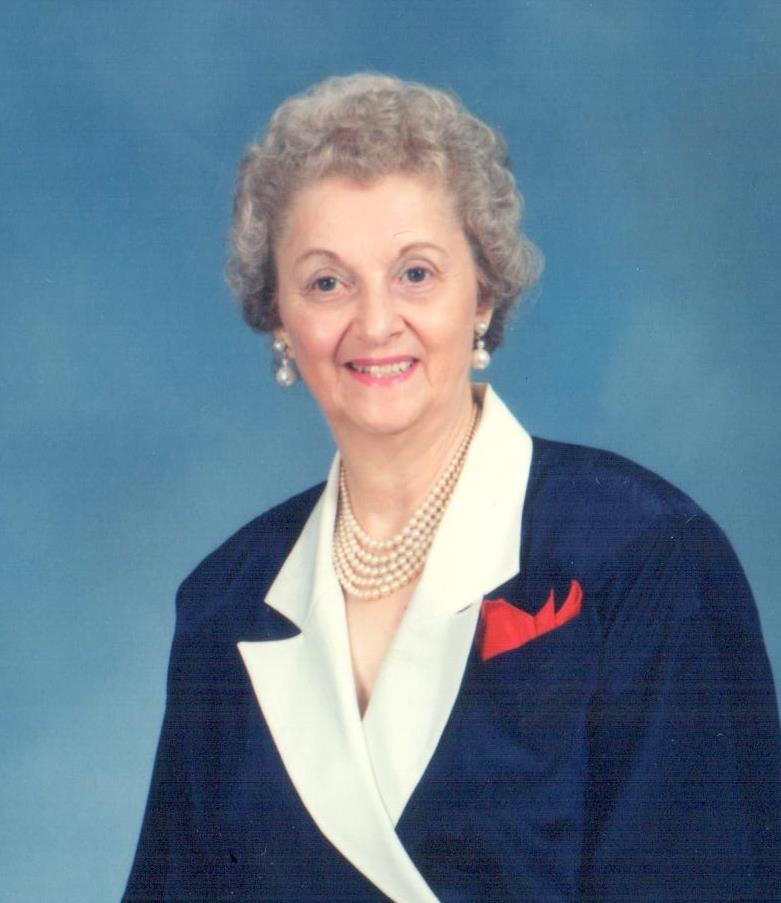 Margaret Eleanor Gerhart Chambers Woolf, a resident of John Knox Village in Lee’s Summit, MO, formerly from Raytown, MO passed away at the age of 94 on October 25th, 2018 at John Knox Care Center. Margaret was the daughter of Thomas and Mary (Bailey) Gerhart. Her large family of three brothers and four sisters grew up in California, MO on their family farm. Margaret attended Catholic schools during elementary and middle school, and graduated from California High School. Margaret then worked for the State of Missouri, General Assembly Legislature in Jefferson City, MO.

In her 20’s she married Golder Wilson (G.W.) Chambers Jr. The couple had two children; a son, Michael John and a daughter, Linda Katherine. Margaret and G.W. moved to the Kansas City area in 1953. In 1959 they settled their family in Raytown, MO where they made their family home until Golder’s untimely death at forty years old. Margaret continued raising the family at the same home after his death in Raytown. She started a new job at IBM Corporation until her retirement.

Margaret married a second time to Harry Woolf, who passed away in 2015. Margaret was an accomplished author of three genealogy books on her family. She proudly referred to them as the Wood book, the Bailey book, and the Gerhart book. She also loved to sew and make quilts. Margaret embraced her life-long Catholic Faith. She had been a member of Our Lady of Lourdes Parish, Raytown, MO since 1959. She most recently has been ministered to by Our Lady of the Presentation Catholic Church of which she was most appreciative. She was a member of the Marguerite McNair Chapter N.S.D.A.R. and Past Regent of the Mercy Lucas Wood Chapter.

We are so sorry to learn about Aunt Margaret’s passing. She was a delightful lady who enjoyed life and her entire family. God Bless Aunt Margaret and the entire Gerhart, Chambers, and Woolf families. May she rest in peace with her sisters and brothers as well as our grandparents.

So sorry, Linda, Mike, Mike, and Family,
Aunt Margaret was a very classy aunt; I love her dearly; she outlived all her brothers, sisters, and parents. I always had a great with her and refer to her books almost weekly about family history. God sure got a wonderful person and she is talking, walking, and having a great time especially with Uncle G her first Love who was taken too early in his life. Prayers and Thoughts for all of you.

A sad day of losing one of my last Aunts – a whole new generation is in charge now – Aunt Margaret was a delightful person & so full of fun. She will be missed by many.
My deepest condolences to her family.

My thoughts and prayers to you Melissa and your family. May you find comfort in all the memories that you shared with your grandmother.

We are very sorry to hear of Aunt Margaret’s passing. We remember her as full of life and energy, These later years, we remember her through her books, They are a lasting legacy at least through the next few generations. God bless her and all her family.