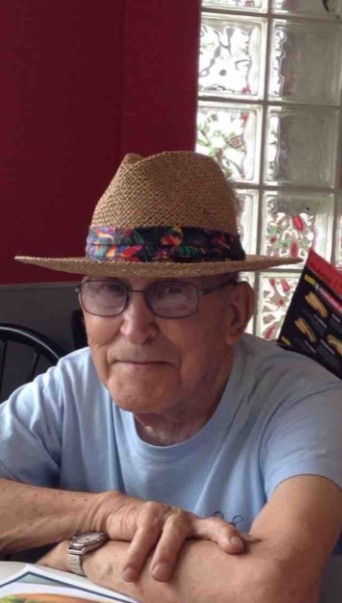 Marion Dean Mills, nearly a lifelong resident of Mulvane, KS passed away on July 14, 2021 at the age of 90 at his home in Lone Jack, MO where he resided with his daughter and son-in-law (Dave & Terry Putthoff) for the last four years.

Dean was the husband (of nearly 70 years to Dorothy), the father of two (Rick and Terry), a grandfather of six (Jonathan Mills, Matthew Mills, Joshua Mills, Kristen Putthoff Wells, Alex Putthoff, and Dawson Putthoff) and a great grandfather of one (Evelyn Alora Wells). He is also survived by his sister, Sharon Davis Townsend of Florida.

Dean served as a Marine during the Korean War. In 1992 he retired from the Munson Primary School after 25 years as a beloved custodian. He helped start and served at the “Care & Share” thrift shop in Mulvane. He taught many a Sunday School Class and was even considered the “preacher” at the Mulvane Gospel Chapel in the 1960s and 70s.

His favorite pass times: Planning vacations and traveling; (He and Dorothy have travelled to all 50 states, also Canada and Mexico.) Building things; Shopping garage sales and making use of anything others might consider trash; Reading National Geographic, Smithsonian, Biblical Archeology; Eating peanut butter M&Ms; and cracking jokes to cast a little humorous light on situations that weren’t so funny but needed lightening up. He will be deeply missed by his wife, family, friends and all who knew him.

Memorial service will be held at a later date due to family illness.

Dean was my dad’s cousin. He (Dean) and Dorothy opened their home to me in the mid-1970’s when I left home for college, and I lived 15 miles from Mulvane. They were spiritual leaders to me, and were wonderful examples of faith. I remember they cared for both of their moms in their own home, as their moms got older. Dean had a great sense of humor and a mischievous look in his eye. They truly cared for me, an 18-year old college student. They fostered dozens of children in their home, and lent a hand to anyone who had a need in their community. When I think of people who have had a positive impact in my life, I always give credit to Dean and Dorothy. I praise the Lord that Dean is now complete, and his faith has been made sight. He is with his Savior, my mom, dad and my brother in God’s presence. I know I will see them all again. With fondest memories, Susie