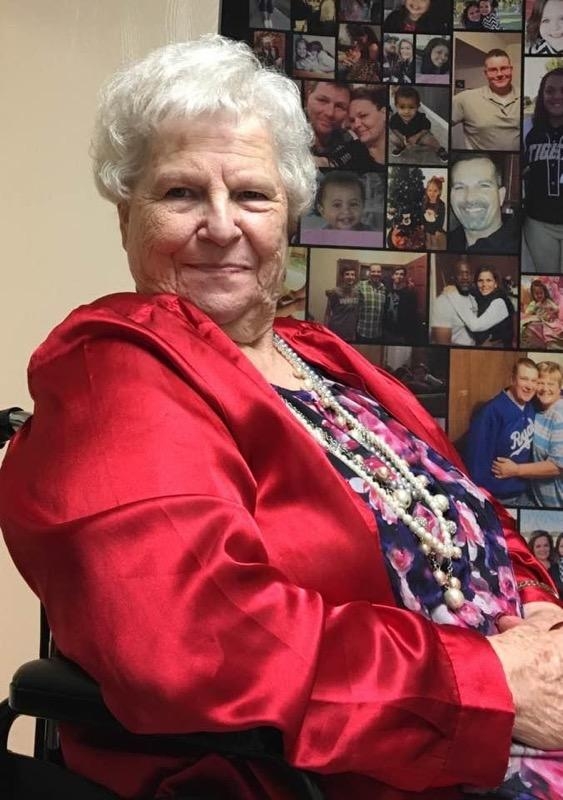 Marjorie Louise (Roark) Reed of Lee’s Summit died Wednesday, August
12, 2020. Marge passed peacefully in her sleep.
Marge was born in Camden County Missouri on February 18, 1942 to Virgil
and Othel (Reno) Roark. She played high school basketball and was
Salutatorian and Homecoming Queen of her senior class. After high
school, Marge moved to Kansas City.
In 1963 she met and married Fred Reed. The couple settled in Lee’s
Summit, Missouri where they had four children, Tammi, twins Tommie and
Timmie, and Tara. Marge spent the next phase of her life as a wife and
homemaker raising her kids. She was an awesome cook and made most
meals “from scratch.”
After her kids were grown, Marge joined Fred in opening their own
business, Lee’s Summit Lawnmower. She spent the next 20 years serving
the public and loved visiting with customers.
Of all the things Marge enjoyed, spending time with her family was her
favorite.
Marge lost Fred in 2015 after 52 years of marriage.
Marjorie is also preceded in death by her parents; grandson, Adam; sister,
Bonnie; brothers-in-law, Ted, Mike, Royce, Clinton; sisters-in-law Joy,
Roxann and Joyce; nephew Bryan and his spouse Donna; and niece Julie.
She is survived by her four children Tammi (Rob), Tom (Shonna), Tim
(Wendy) and Tara (Jimmie). She also leaves behind 19 grandchildren and
9 great-grandchildren; two sisters, three brothers and numerous in-laws
and nieces and nephews.

Visitation will be held on Tuesday, August 18, 2020 from 6-8pm at Langsford Funeral Home

My love to all of you wish I could be with you. I loved your Mom dearly as a kid.

I’ve known Marge since I was seventeen.She welcomed me as her friend and we had good talks and enjoyed singing together. Our lives became entwined again thru the marriage of our children. She loved her children so much and she truly loved her Fred. They are together again. I can see them smiling.
RIP Sweet Marge