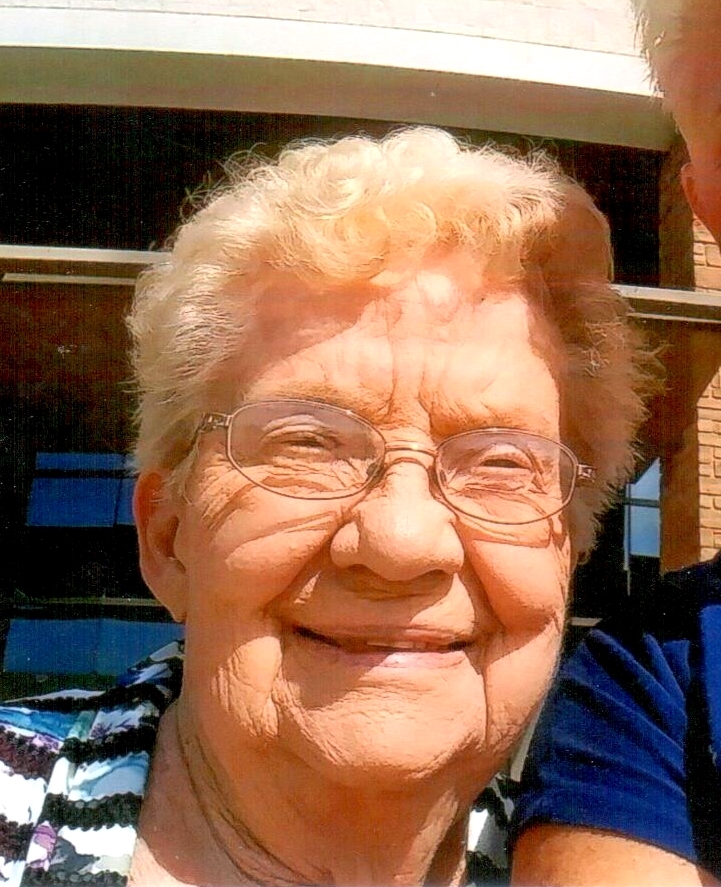 Visitation will be at 10:00 AM, Friday August 7 at the First Baptist Church in Lee’s Summit, Missouri, with services to follow at 11:00 AM. Burial will be at the Floral Hills East Cemetery immediately following the services.

The family request that any Memorial Contributions be made to the First Baptist Church in Lee’s Summit, Missouri.

Mrs. Marjorie Nadine (Bigelow)Anderson was born in Independence, Missouri on February 24, 1933 to Edgar Hennigar Jacquess and Bessie Belle (Bigelow) Jacquess where she attended school until she married.

She met her husband of 68 years, David E. Anderson, and they were married on February 24, 1950. She was mother to three children, two girls, Pamela N. (Grassley) and Debra J. (Debi) (Dickhout) Anderson, and a son, David M. Anderson.

Marge spent a 50 year career employed as a hair stylist with Ray’s Beauty Shop in Lee’s Summit, Missouri. She was a faithful and active member of the First Baptist Church of Lee’s Summit who loved the Lord and served the church in several areas. Her willingness to step up and serve the Lord and church wherever needed was a testament to her spiritual desire to continue God’s work here on this earth. One of her favorite scripture passages was 2 Timothy 4:7; “I have fought the good fight, I have finished the race and I have remained faithful.”

Marge was preceded in death by her husband, David, her mother, father, and three brothers, Kenneth, Robert, Donald, one sister, Dorothy and a granddaughter, Sara.

She is survived by her three children; daughters; Pam and Debi, and son David, and her sister Mary Whitworth; six grandchildren, Mike, Zack, Chris, Scott, Kari and Haley; and seventeen great-grandchildren.

Love the sweet, smiling picture of Marge that captured all the love she showed for her family and her Lord. She is certainly in the presence of Jesus and enjoying her reunion with Dave and Sara. She accomplished her life verse, and did finish well. Our deepest sympathy and love to the family who faithfully cared for Marge. May God’s blessings and promises of comfort and peace surround you!

What a beautiful woman. My heart goes out to the family. May God give you peace in your time of loss. Praying for you all.

Mike and I have known Dave and Marge since the early seventies. There were a wonderful and fun couple to be around. We spent quite a bit of time with them while visiting with Pam and Mike. I know the family will greatly miss Marge, just as they have Dave, but we know that they are both rejoicing with the Lord.

I will always have the best memories of Aunt Marge. She welcomed everyone with a loving smile and hugs. I’m sure she is a most beautiful angel now.