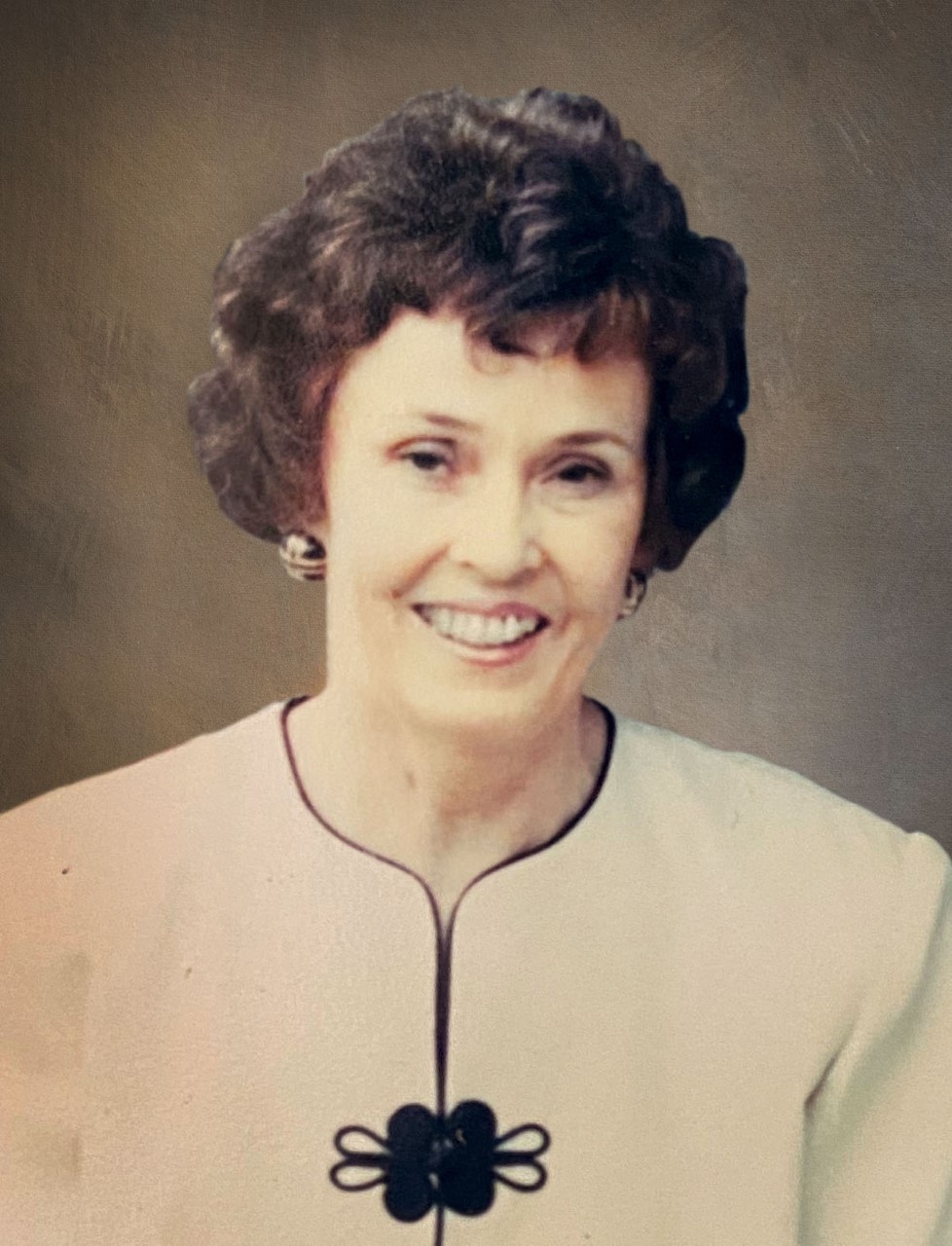 After living a full life of 84 years, the world lost a truly kind soul. Mary Aileen Ham passed away on January 30, 2020 in the arms of her husband, James Ham.

Mary was born on October 15, 1935 in St. Joseph, Missouri to John Francis & Aileen Rose Powers. Mary grew up with 5 siblings – John, Rosanne, DJ, Warren, & Marita. Mary was very close to her siblings and they all attended Blessed Sacrement Catholic Church. She attended Blessed Sacrement grade school and graduated from Bishop Lillis High School in Kansas City, Missouri. Upon graduation, Mary began a career in the insurance industry and was well-liked by her co-workers at Hartford Insurance.

In 1972, she met James Ham, and they married in February 1973. Mary left work to help raise Jim’s boys, Dan & Craig. For their first anniversary, Mary & Jim welcomed a son, John Patrick. Mary loved raising these boys and doted over all three of them.

Mary and Jim loved traveling and went on several cruises. Mary also enjoyed hosting friends and playing cards around the dining table. Mary had many friends and people loved being around her. Dorothy Blottman was her oldest friend, and they have remained close since meeting in grade school.

Mary was very proud of her sons and was happy when they married and added some other girls to the family. Once Carrie, Anita, & Wendy joined the family, Mary was happy to sit around and chat with the girls and have some new shopping buddies.

Very soon after the girls married in, Mary’s grandsons began arriving. Dan and Carrie welcomed Jake and Dylan. Craig and Anita welcomed Jackson & Jordan. John and Wendy welcomed Zane, Zander, Zaiden, & Zaxby (who called her “Mimi”). Mary loved when her grandsons would pop in. She always had a treat for them such as strawberries with “dippy-dips” (sugar) and hot tea.

Mary was very strong in her faith. Her grandsons would always call her first when they lost even a simple toy, and she would immediately pray to Saint Anthony. She taught the boys this prayer, and the toy always appeared. Mary attended Saint Bernadettes in Raytown, Missouri for many years as she raised her sons. Mary was also a founding member of Saint Margaret’s of Scotland Catholic Church in Lee’s Summit, Missouri. She also attended First Baptist Church in Lee’s Summit, Missouri with Jim. She was a high-standing member in their Sunday School Class. Mary was also the recipient of the Bishop’s Award for teaching CCD for 20 years.

She is also survived by her siblings: John Powers (Marianne), Warren Powers (Linda), DJ Powers (Gretchen), Rosanne, & Marita Deatsch (Ivan), and many nieces and nephews, with whom she was very close.

Mary will be remembered for her kind heart and gentle spirit. Every one who met Mary loved her. She had a drawer full of greeting cards that she enjoyed sending out for every occasion. Every morning, she looked forward to sitting by the window and reading her Bible. She also was an excellent seamstress and enjoyed making clothes. Mary loved when her family visited, and her favorite time of year was the holidays because she was able to be with those she loved most.

The world was better for having had Mary in it. She touched many lives and those that knew her were changed for the better. Her family adored her, and her grandsons loved their time with her. Mary was truly an angel on Earth, and she will be missed by many.

A Mass of Christian Burial will be at 11:00 AM on Tuesday, February 4, 2020 at St. Margaret of Scotland Catholic Church in Lee’s Summit with visitation one hour prior to the service. Burial will be at Floral Hill’s Cemetery in Kansas City, Missouri.

I have never met a nicer, kinder woman than Mary. She lived her life exactly like God intended. I will miss her ready smile and loving spirit. I will miss our lunches and conversations. Be free, Mary.
Love, Cheryl

I first met Mary in the early 1980’s at St. B’s. She was a supportive and caring friend and much loved by the children she taught in religious ed. I have often shared with my students that there are those special people when you are with who make you feel so valued, loved and important. Mary was one of those people in my life. We reconnected years later when she and Jim moved to Lee’s Summit and began attending St. Margaret’s. Her obituary captures her loving spirit so perfectly. Holding all of you in thought and prayer as you celebrate her life and mourn her loss.

I am so sorry to hear of Mary’s passing. She was a kind and wonderful woman and I am blessed to have known her. She will be missed!
Bev Foley

Mary always seemed like such a pleasant lady. I barely knew her, yet I’ve seen her at mass and said hi for years. She was one of the family at St. Margaret. She will be missed.

Craig, I am very sorry to hear about your loss. May her soul rest in peace. Please accept my condolences.

Jim, I am so sorry to know of Mary’s passing. I will never forget getting to know the two of you when we worked together at Ground Zero in New York City. You and your family are in my thoughts and prayers. What a beautiful lady Mary was both on the inside and the outside. I know how much she meant to you and your family. With sincere sympathy, Barbara Steinbauer

I am so grateful to have known Mary. She moved with a peaceful, joyful, and calm manner and was the woman who did many things in such as a manner than was not showy but embracing. About 5 years ago our daughter returned from China with an adopted daughter and Mary made over her and then gave her a blue rosary. No big deal just a thing Mary would have done. Next year our granddaughter will make her First Communion with that rosary. Thanks, Mary.