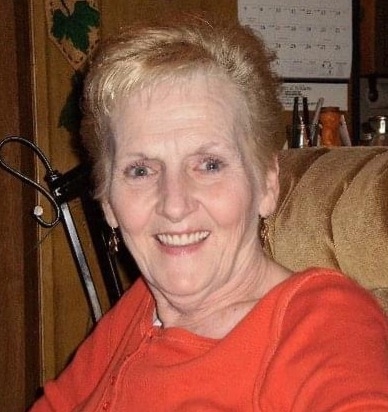 Mary Ann Kennedy, 78, passed away peacefully at her home on June 4, 2022. She was born January 7, 1944, in Des Moines, IA. Mary Ann was the second out of 13 children born to Lloyd and Millie Baird. She assisted her mother with the younger children and developed a knack for taking care of those who cannot care for themselves.

In 1961, Mary Ann became a mother- a job title she adored. She would later have three more children to complete her family. Mary Ann loved her children with her whole heart and was proud of the adults they are today.

Mary Ann married the love of her life, Robert Kennedy. They wed in Lewisville, TX on March 21, 1992. On their thirtieth anniversary this past March, they reflected on their time together and the life they built, knowing that God has been so gracious to them.

In 1985, Mary Ann earned her favorite job title- grandmother. She loved being a grandmother and was always taken back by the ways her grandchildren made her smile. As the family grew, Mary Ann basked in the joy of having the family all together. Family gatherings were a special time with her 9 grandchildren- each one having different qualities that Mary Ann took time to recognize. She also adored adding great in front of this title in 2010 when her first granddaughter had the first great grandchild. As the years passed, Mary Ann felt that same pride when the numbers grew to four great grandchildren.

Mary Ann used her knack of caretaking in her career in Human Services. She cared for adults in her group homes who needed an advocate and a place to call home. Mary Ann worked extremely hard to provide this for her clients.

Mary Ann will be missed by many. She will always be remembered as wife, mother, grandmother, and great-grandmother. Her family will remember the smile on her face when she was being playful, the care she gave to others, and the time they spent together.

Condolences! I love Mary Ann. She is one of my adopted moms who loved my brother sister and I as her own. She also gave us the opportunity to work for her company during the summertime when we were teenagers. Many great memories! She is definitely missed but now she’s home. Love you guys!

Dear Family Our sincere condolences in your/our loss. Our thoughts and.prayers are with you All. GPA Tina Meela Hayden and troy!

charlie, Rick, Barbie & Dan – I am sorry to hear of the loss of your mother and pray that she is now with Jesus in Heaven above. I pray for peace and comfort for each of you. May your fond memories help you in the years ahead. For your children and grandchildren, I am so sorry for their loss as well. Grandmothers hold a special place in the hearts of their grandchildren in a way that is different from mother and child and I know they will miss their Grandmother very much. Much love … Aunt Nae

You will be missed.
Rest in peace with the Lord