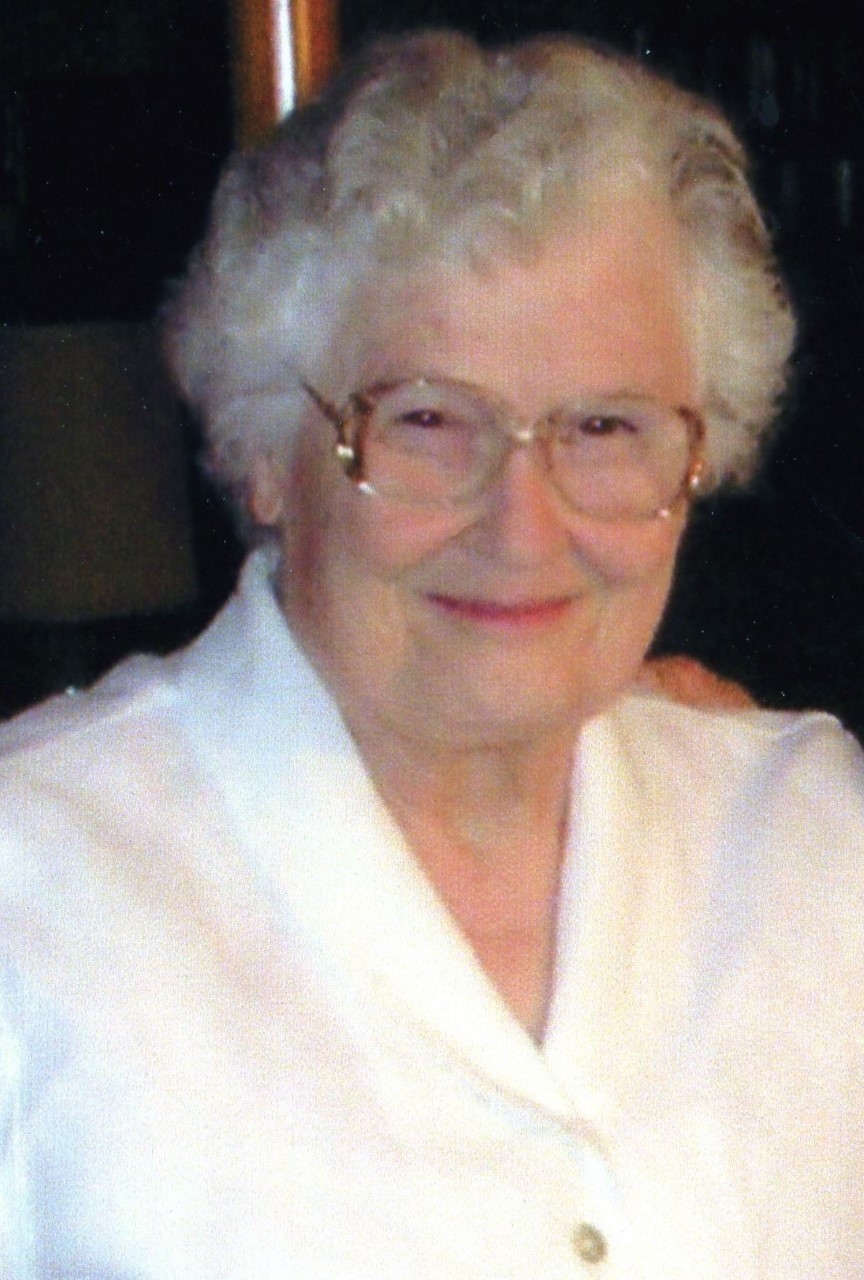 Mary Ann Theiss passed away at the age of ninety-two on October 2nd, 2021. She was born in Belton, Missouri on August 3rd, 1929, to George Joel and Myrtle Ann (Jackson) Smith. She grew up in Harrisonville, Missouri graduating high school in 1946.

Mary Ann earned an education degree from Central Missouri State College where she met Floyd J. Theiss in an economics class. After graduating in 1950, Floyd and Mary Ann were married on December 22nd in Hickman Mills, Missouri. For the first few years of their marriage, they lived in Grandview. She spent the remainder of her life on the family farm east of Greenwood with her husband where they raised five children.

Mary Ann was a lifelong learner and educator. She began her teaching career in Freeman and Grandview. She taught 34 years in the Raymore-Peculiar School District teaching high school students bookkeeping, shorthand, clerical practice, typing, and business law. After returning from maternity leave, she then taught middle school students American History. She was actively involved in student life serving as an advisor for the school yearbook.

After retiring in 1992, Mary Ann developed a passion and talent for researching genealogy for family and friends. She traced her lineage back to Western Europe several hundred years before her ancestors arrived in the American Colonies.

Mary Ann enjoyed quilting and sewing, crafting beautiful outfits for herself, children, grandchildren, and great-grandchildren. Mary Ann made frequent trips to El Dorado Springs staying connected to relatives and the community. She enjoyed yearly summer visits to northern Wisconsin. Other interests included reading, babysitting grandkids, and sitting outside on nice summer evenings with her husband Floyd. She stayed active by taking long walks with pets at her side. She loved her home in the country and never wanted to leave.

Visitation will be on Friday, October 8th at 9:00 a.m. at Langsford Funeral Home in Lee’s Summit with the funeral service following at 10:00 a.m. Burial will be at the Harrisonville Orient Cemetery.

In lieu of flowers, the family requests memorial contributions may be made to St. Jude Children’s Research Hospital.

Our deepest sympathy for the loss of your mother Larry our thoughts and prayers are with you and the entire family.

What a wonderful tribute to a life well-lived. Prayers to the family!

Mrs Theiss was a gifted teacher. She kept us on track in typing and clerical practice.