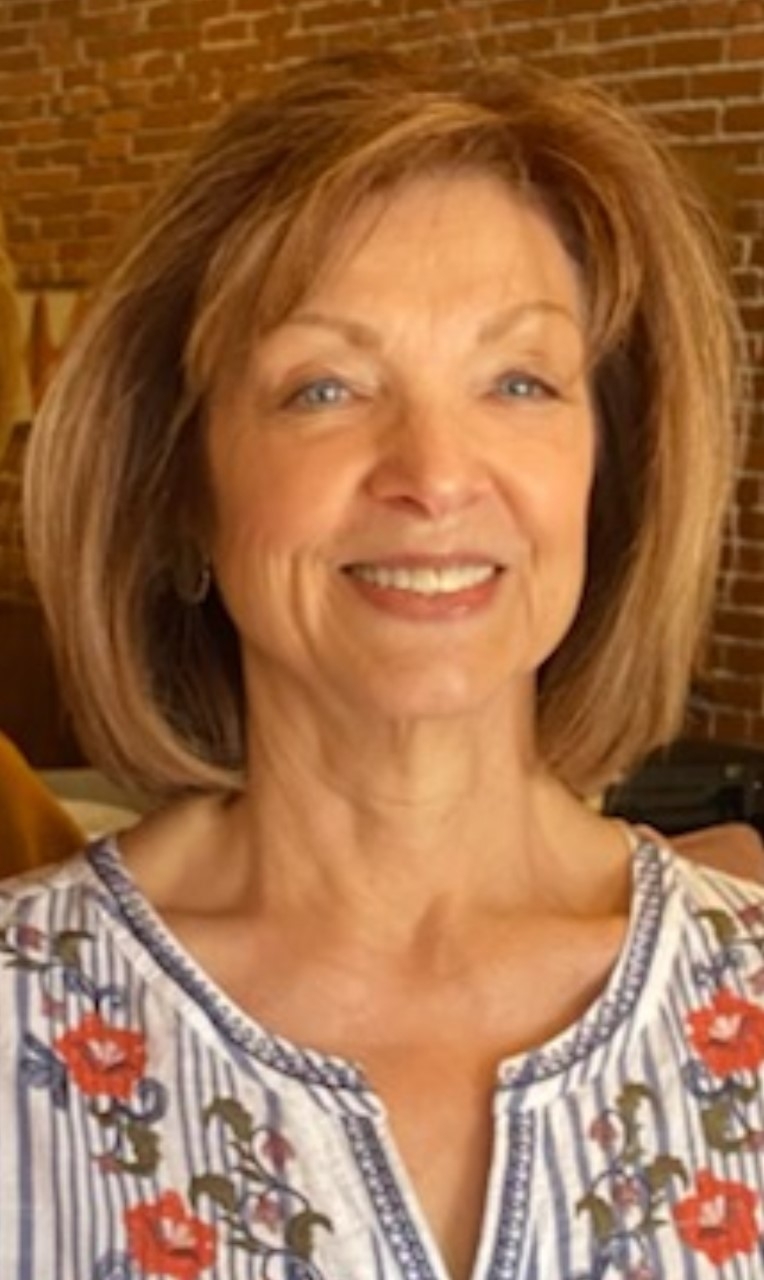 Mary and the family lived in Raytown MO during her growing-up years. Mary attended Raytown South High School, graduating in 1968. She then attended college at Central Missouri State University in Warrensburg MO, graduating in 1972 with a degree in secondary education. Mary met her future husband Thomas F. Tischer while at college and they married in November 1973. Tom and Mary have 3 children–Julie, Jeff, and Justin–and 3 grandchildren–Jackson Tischer, Kendall Tischer, and Harper Cummings.

Mary began her professional career as a Home Economics teacher at Hickman Mills High School in Kansas City MO and taught for three years. But she realized that her true passion was interior design. Mary owned and operated Expressions by Mary for 40 years. She had many repeat customers over the years. I watched many times as Mary would make sure that every single detail was to her approval and well beyond. Mary was a member of American Society of Interior Designers (ASID).

Mary was a natural caregiver to her family, but she impacted so many other friends and family in that same manner.  Over the years she was involved with the food pantry and single moms ministries at Abundant Life Church, where Tom and Mary have been members since 2007.

Mary was preceded in death by her father and mother, Clarence White and Mary Lou White and brother-in-law Jerry Scherer.

Memorial contributions can be made to Abundant Life Food Pantry.

Dear Tom and family,
Our hearts are so saddened. We came to really love Mary over the past six years. Here vivacious personality and love for the Lord are how we became friends. She had a precious heart and loved us right back! She was a gracious and welcoming host in her home and every time we visited, our conversations were so purposeful!
I will remember her everyday when I open my window shades! This will remind me of her and remind us to pray for Tom, Jeff, Julie, and Justin.
Tom, you are in our prayers! May the Lord hold you, may Holy Spirit comfort you, and may friends gather ’round you in support. We will reach out and get together with you soon!
Big Hugs, Del, Julie, and Robin Cook
Especially Jewelry

To the family of Mary Tischer:
So sorry to hear of Mary’s passing. We met Tom, Mary & kids through the church we used to attend. One memory of Mary, she hosted the progressive dinners we used to have through our sunday school class. She was always so sweet & kind to everyone she met. Our prayer to the family is that God will give you peace & comfort during this difficult time.

Jeff,
So, so sorry hearing of your loss! I spoke with your father on Monday, needless to say but words can’t express the pain so many are feeling. Your family is loved by so many but none as important as GOD’s Love. In our faith, GODs love surpasses our understanding. My prayers are with you and your family!
Love,
Art

We’re so heartbroken to hear of Mary’s passing but we have confidence that she is with her Lord and Savior.

We were neighbors of Tom and Mary for over 13 years. We were blessed to have them.

We love you, Tom and family. We will keep you in our prayers during this time.

My heart is breaking and there are no words to fill the void left by Mary’s passing. Just know that I loved Mary so much. She was so special to me. She was one of the kindest, sweetest ladies I have ever met. Her love for her family and faith were such an encouragement and inspiration to me in some pretty dark times. She filled a mother-figure role for me on multiple occasions and was always willing to take time to just listen to me when I needed it. She has left such a lasting impression upon me, memories and a genuine love that I will never forget. She will be missed by all who knew her, but I take comfort in knowing she is finally home with the Father. It doesn’t make the days and nights any easier to get through until we see her again, but I can only imagine the celebration that welcomed her as she entered heaven was amazing. God’s good and faithful servant was home. Please know that my thoughts and heartfelt prayers are with you all during this incredible time of loss. I pray for peace and comfort and that all the wonderful memories you have of Mary come flooding back and fill your hearts with joy. I love you Tischer Family!

You will be dearly missed, Mary.
I always enjoyed our conversations at the boy’s basketball games and family get togethers.
You were a spirited and delightful woman.
Sending my love to the entire family.

Mary was a dear dear friend for many years. I loved her so and always hoped for a reconciliation. I am so sorry for all who loved and the hole she will leave. She is with her Savior that she loved so much and one day we will be reconciled in Heaven. Prayers for you

Tom,
I’m so sorry to hear of the passing of your dear wife and loving companion. You and your family will be in my prayers and may God grant you peace and strength during this difficult time.
Del Sutton

I knew Mary since kindergarten and all through school. She was a very special person and always wise beyond her years. It looks like she had a productive happy life. She be missed by those close to her I’m sure.

We met Tom and Mary many years ago as we would observe their family in the church pew ahead of us. We were just getting ready to hit the teen years and asked if they could pass a long some godly wisdom. Their words “never just hand your children over to the youth department without your involvement. “ spoke multitudes to us and we never let their words go to waste. We would always look forward to our run-ins so that we could catch-up on our families. Mary’s kindness and her in-ward and out-ward beauty made her easy to follow because she was always pointing to Jesus. Farewell my friend but as the way of the world we shall see each again whether in death or rapture nothing will separate us from the Love of Christ Jesus.

Sharon and I were shocked and saddened to learn of Mary’s passing. In addition to being a genuinely sweet person, she was an excellent interior designer and we were always proud to tell visitors who was responsible for the window treatments.
Our sincere condolences to Tom & family. Our prayers are for comfort and healing for all who were touched by this lovely lady.

Tom:
We were so saddened to hear of Mary’s passing. She always had a smile on her face and we so loved chatting with her and catching up when we’d run into each other at a store or restaurant. Please know our prayers are with you and your family during this difficult time.

We are heartbroken at your loss. Mary was such a delightful person to be around. We had a lot of customers but on rare occasions we found the ones we cherished as more than just a customer…we considered them family. Our prayers will be with your family.

We are so sorry to hear about the passing of Mary. We have so many fond memories of she and Tom. One of our favorites was when they were “contestants” on the Newlywed game at church. Tom, we love you and are so very sorry.