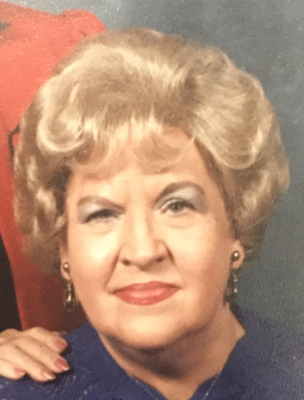 She graduated from Lee’s Summit High School in 1947. Afterwards, she studied at the Conservatory of Music in Kansas City. Mary Elizabeth worked in Silent Unity for several years prior and ended her work career at Black & Veatch Engineering.

She loved teaching piano to young people and doing recitals. She wrote and directed multiple small shows using ordinary people to entertain in places like The Oddfellows Home, Wadsworth, Leavenworth Penitentiary and many others. She organized and was the musical director in the 1965 Lee’s Summit Centennial Play Unity Gardens Players. In latter years, she played for many dances at John Knox Village.

Mary Elizabeth was an avid supporter and officer in many civic organizations and women’s groups. She organized Unity Garden Extension Club, was president of General Federation of Women’s Club of Missouri, the Local AARP, and a member of Missouri Girls’ Town, BPW, and many more. She closed out her years by authoring two books on the histories of Lee’s Summit, Pleasant Hill and Lone Jack titled “Going Down Memory Lane”.
She was preceded in death by her parents; sister, Virginia Zeiffle; cousin, Blake Sloan; and grandson, Brian Williams. She is survived by her children, Ron Williams (Cindy) and Sondra Hall (John); grandchildren, Chris Hall, Mike Hall, Kelly Pabis and Sarah Williams; and two great grandchildren.

Funeral services will be 11:00AM Monday March 19, 2018 at Langsford Funeral Home with visitation prior from 9-11. Burial in Sloan Cemetery, Pleasant Hill, MO. In lieu of flowers the family suggest memorial contributions be made to a charity of your choice.

Mary Elizabeth, was my piano teacher, I think when I was in junior high. She was a sweet lady. Praying for the family during this difficult time, may God wrap his loving arms around you and help you in the coming days.

Mary was a good friend. I had the pleasure of working with her when she played piano for our church choir, then years later spending a year or more working with her on the editing of her book “Going Down Memory Lane.” I also enjoyed our visits when we just talked. Mary cared deeply about people and spent her years serving God and providing fun and entertainment for so many. I am blessed by the friendship we shared. My prayers are with you during this time. May God bless each of you with peace, comfort & joy as you think of Mary and the impact she made in your life. Love, Karla

Mary was my friend. She was genuine honest intelligent and possessed class. I thoroughly enjoyed spending time with her. She cared about others never hesitating to ask how you were. I so enjoyed her stories her laughter and spunk. She was one of a kind… My family thought the world of her. May you find peace and comfort in knowing she is in the arms of the Lord.

Words cannot capture the pain and sorrow death can cause to a family. Through the scriptures we can find peace in knowing that soon we will experience what has been promised. According to John 5:28,29 we will see our love ones again.

I am very sorry to hear about your loss. I enjoyed attending church with Mary Elizabethe, and visiting her when she lived in Lee’s Summit and later in Pleasant Hill. Prayers of peace and comfort for your family. Helen Olson