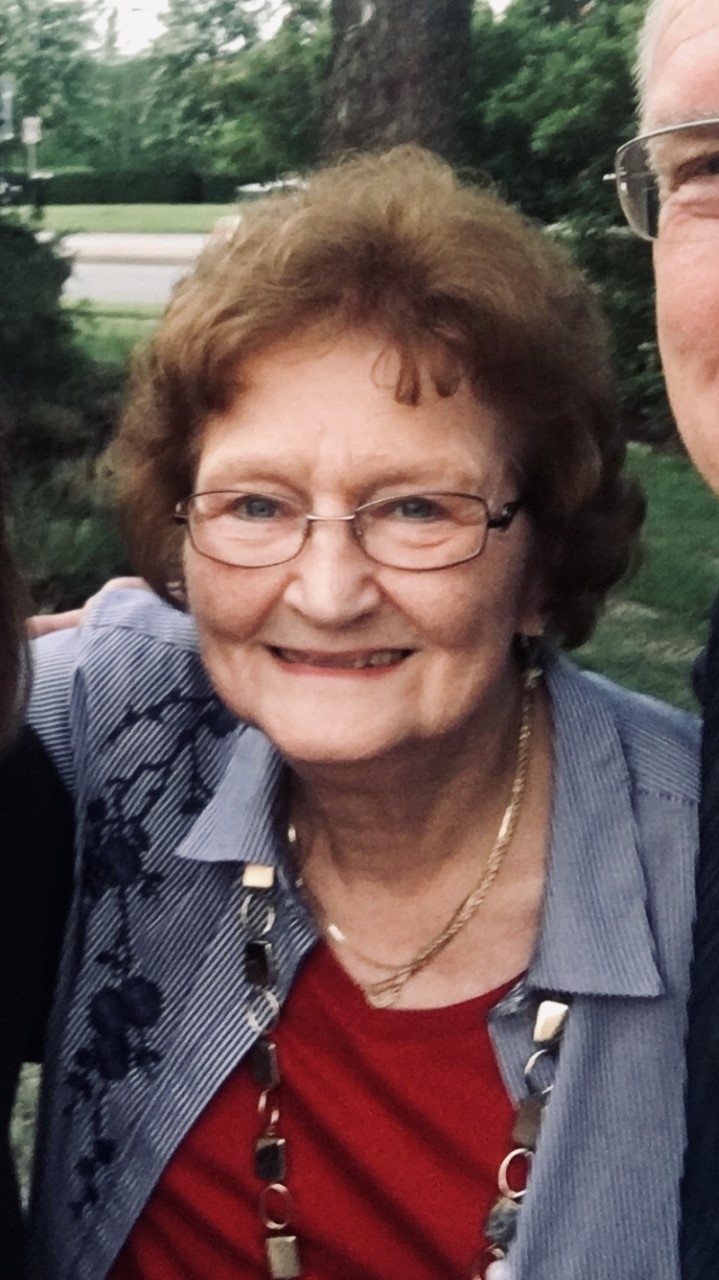 Mary Frances (Ledford) Johnston, 87 years old, of Lee’s Summit, Missouri, passed away peacefully on Monday, July 6, 2020 at Summit View Terrace Nursing Home in Kansas City. A visitation is scheduled from 1:00 PM – 2:00 PM on Friday, July 10, 2020 at Langsford Funeral Home in Lee’s Summit, Missouri. Funeral Service will follow at 2:00 PM. Interment will be at Floral Hills East Cemetery in Lee’s Summit. In lieu of flowers, memorials and contributions are suggested to the American Parkinson’s Disease Association.

Mary was born in South Carolina on December 19, 1932 but lived most of her life in Lee’s Summit, Missouri with her beloved husband Robert Lee Johnston. Mary and Bob were married on May 2, 1953, and spent their first years together at Camp Lejuene, North Carolina before moving to Kansas City, Missouri. In October of 1959, they bought their first and only home in Lee’s Summit, Missouri, where they raised their two children and made many wonderful friends. Mary worked for the I.R.S. as a business tax examiner for many years and was very active in her church. Mary’s strong Christian faith led her to learn how to play the guitar when she was in her forties and she participated in many Christian renewal weekends, often as the music director. Playing the guitar became her passion for the rest of her life, and she thoroughly enjoyed playing joyous and uplifting Christian songs praising her Lord and Savior. Mary will be remembered by her family and friends for her wonderful sense of humor, her strong Christian faith, and her sweet and gentle soul.

Mary is preceded in death by her beloved husband, Bob Johnston, and her daughter, Mary Linda Heeney. She is survived by her son Robert Keith Johnston and his wife Kathy; her grandchildren, Angela Deanne Golden, William Joseph Lee Heeney (and his wife Laura) and Courtney Lee Johnston; and four great grandchildren. Mary also leaves behind two sisters, Helen Hunter and Barbara Hooper, as well as many beloved nieces, nephews, cousins and dear friends.

How blessed we’ve been to have Aunt Mary in our lives. Her laughter, smiles, and the memories we shared will be with us forever. Aunt Mary is in God’s Heavens now and no longer in pain.

She’ll forever be in our hearts, Nora and Jim Lee

We always felt fortunate to be invited to a Johnston family gathering and it was even more special when Mary was there. She was so kind and made us feel even more welcome. Our love and prayers go out to everyone she leaves behind.
Kert and Robby

Aunt Mary was always smiling and would do anything to help. She was a wonderful role model with the way she lived her life. She loved us all. She is with God and her extended family. Will miss you Aunt Mary, but I will thank God for all the wonderful memories I have of you.

Aunt Mary was the best!! I remember staying all night with Linda and she always made you feel welcome and loved! Her smile would brighten your day! Prayers and love to the family.

The last of our wonderful Aunts. Aunt Mary was an angel on earth. We will miss her deeply but hope she is enjoying the reunion with all the loved ones that have gone before. Peace and love from Diane and Marty ❤️

I am so sorry for your loss. Aunt Mary was an exceptional and kind woman who I loved dearly. I remember in the early years coming over with my mom, Earlene, and having our get together’s at your mom’s house. She was a wonderful and caring woman who will be missed. May God be with you and your family in this time of heartache. Take care!