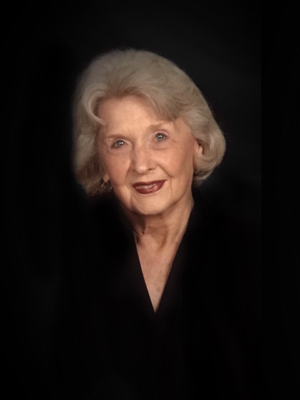 Mary was born June 16th, 1929 in Gallatin MO. She grew up in the rural community of Nettleton, Missouri and graduated from Hamilton High School. Two years later, she graduated from Christian College in Columbia Missouri and went on to receive her bachelor’s degree from Northeast Missouri State Teachers College in Kirkville. She and husband William took their first teaching positions in Mendon, Missouri. A year later, William answered the call into service for the United States Air Force
taking them to California and Texas. After leaving the military, they resumed their careers in education first in their hometown of Hamilton, Missouri and then in Grandview, Missouri. They lived in and contributed to the Grandview community for 40 years. Mary was a strong Christian and long time member of Grandview United Methodist Church. In addition to raising three children, she found great joy and fulfillment in teaching Home Economics at Grandview Junior High School for over 25 years. She was passionate about bringing out the best in each student.

Post-retirement, Mary and her husband moved to Lee’s Summit, Missouri where they joined the Lee’s Summit United Methodist Church. She delighted in making fleece blankets, pillows and more than 30 t-shirt quilts for her grandchildren and others leaving tangible reminders of her generous and caring spirit.

Mary was a positive role model providing inspiration and encouragement to all who knew her.

I remember Mrs. McCrary vividly from my days at Grandview West Jr. High Home Economics. I am overwhelmingly organized when I cook in the kitchen all attributed to her teaching me my way around the kitchen. It is also all because of Mrs. McCrary that I have a LOVE for sewing to this day. I had the pleasure of running into her at the Grandview football game the night before our 40th class reunion. I visited with her for quite a while. She was such an elegant lady. I truly loved her. She is a teacher who stayed with me in my heart throughout my adult life.