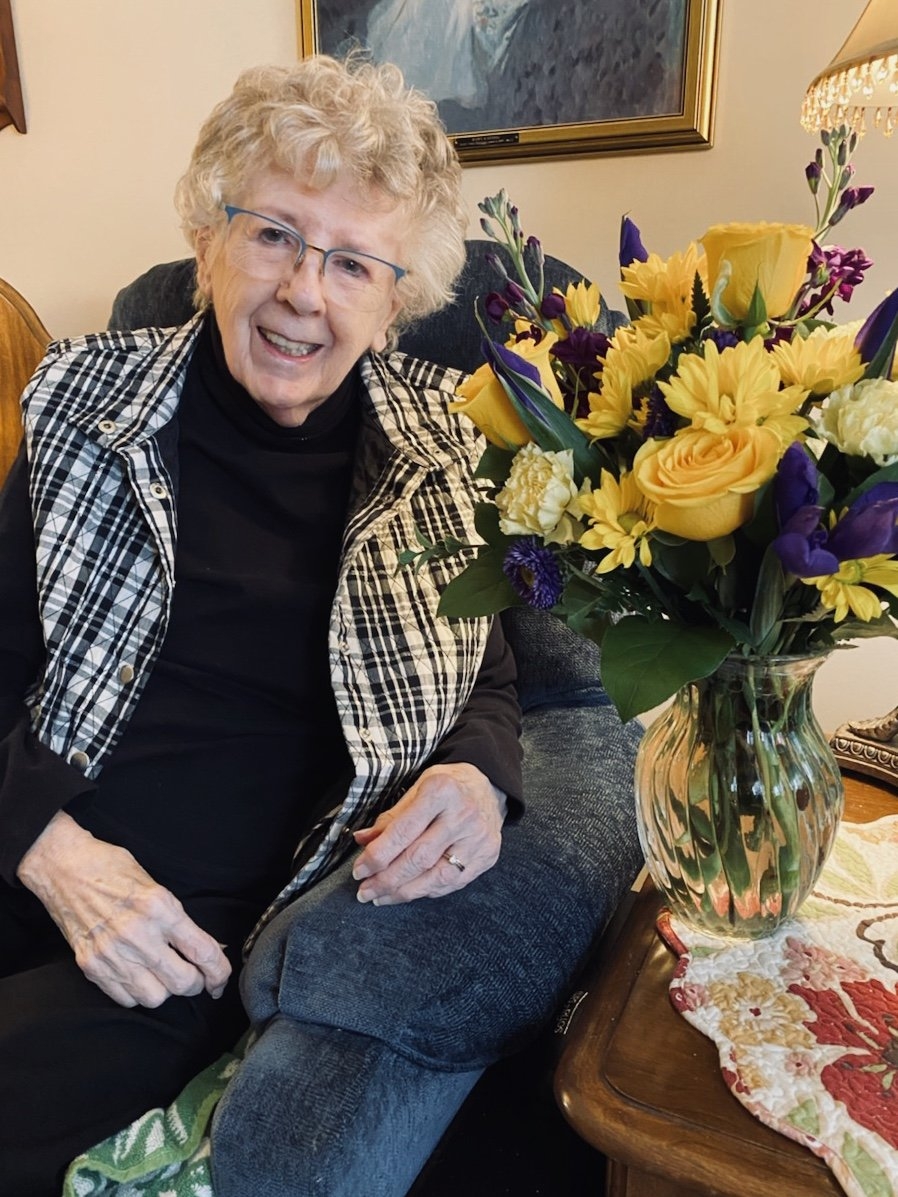 Mary Marlyn (Connelly) Lammers died surround by her family in the home of her son and daughter-in-law in Lee’s Summit. MO on October 1, 2021. Marlyn was born on April 8, 1928 Easter Sunday to Geraldine (Galley) Connelly and David Connelly in Lindsay, NE.

Marlyn grew up in Lindsay, NE, attended University of Nebraska in Lincoln and moved to Omaha, NE. While she lived in Omaha, she worked her way up from teacher to director of an inner-city children’s daycare center. She met her husband, Bernard Lammers, on a blind date in 1959. They were united in marriage on November 26, 1960 and were happily married for 57 years until he passed. They lived in Illinois, Colorado, and Nebraska before settling in Bernard’s hometown of Newton, Iowa to raise their four children. Marlyn loved working with children and helped to raise several other Newton children in her in-home daycare she ran for 12 years. She was also served as leaders for Cub Scouts and Campfire Girls; was a member of Sacred Heart Church; and enjoyed learning about antiques as a member of Questers.

Funeral service will be held at Sacred Heart Catholic Church in Newton, IA on Saturday, October 9, at 10:30 am.

Carol,
Please accept my deepest condolences on the passing of your mother. I will keep you and your family in my prayers for His comfort to surround you all with love, care, and peace.

Carol, I am thinking of you and holding you close in my heart. We want our parents to be physically here on earth with us as long as we are, even though we know it’s not possible. From what I’ve seen, you and your mom had a very special bond. She’s no doubt looking over you now and her spirit will be with you always.
So sorry,
Suzanne