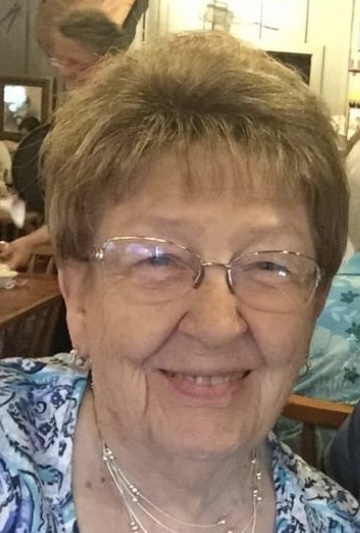 Mary was born in LaPlata, Missouri to Johnnie and Estella Moncrief on June 14th, 1932.

She was raised with one younger sister. Mary graduated from LaPlata high school in 1950. In July 1950 she was married to Bert Lyle Porter. After her husband served in the Korean War, they moved to Kansas City, MO. When they moved to Kansas City, Mary began working at Commerce Bank for about 6 years. In 1959 Bert and Mary moved to Lee’s Summit, MO. After her children were born, she stayed home to raise them and be a homemaker for the next several years. As her children got older, she worked for Dr. John Porter (Bert’s brother) filing insurance and keeping his financial records. She also worked over a decade at H&R Block during tax seasons, preparing individual tax returns, as well as selling Tupperware. Her final employment was with the city of Lee’s Summit where she served in several financial and administrative positions for 38 years, finally retiring just three years ago at the age of 87.

Mary enjoyed making quilts and spending time at her children’s many activities and musical concerts over the years. She was also an avid cook and enjoyed preparing meals for her family.

She was a member of Calvary Baptist Church in Blue Springs, MO.

There will also be a visitation in LaPlata, MO at the Travis Funeral Chapel from 1:00 – 2:30pm Wednesday, July 6th followed by a graveside service at the LaPlata Cemetery.

In lieu of flowers, contributions can be made in honor of Mary to Fellowship of Grace church, 8501 Tom Watson Parkway, Parkville, MO 64151 or Calvary Baptist Church, 900 SW 22nd Street, Blue Springs, MO 64015.

May your souls be at peace and you hearts comforted with His abiding love.