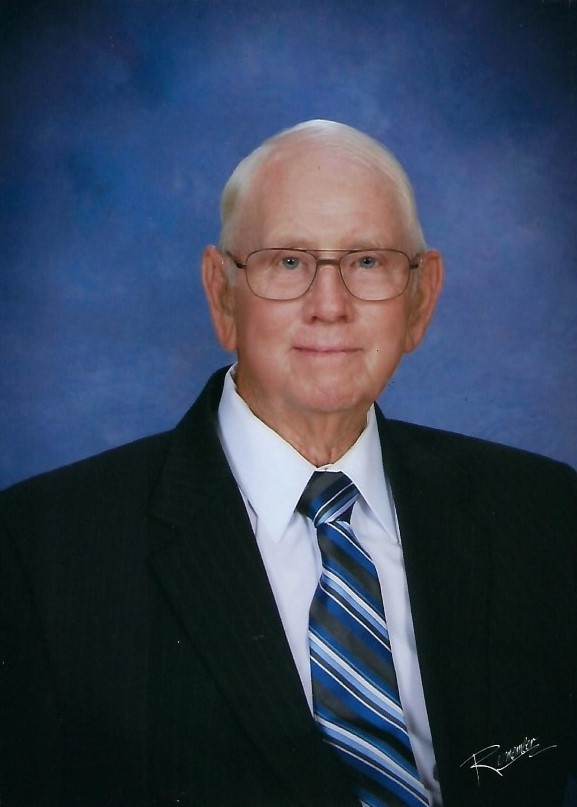 Melvin grew up on a farm near Cole Camp. He joined and served in the U.S. Army from October 1951 to July of 1953. While in the Army he was deployed to Korea for 11 months with the 7th Infantry Division. Corporal Melvin Hesse earned 2 Bronze Stars, a Combat Infantry Badge, his Korean Service Medal, and a United Nations Service Ribbon. He was a member of the American Legion Post 305 at Cole Camp.

In 1955 he moved to Kansas City where he worked at several companies before being employed at Bendix Corporation, which later became Allied Signal and now is Honeywell. He was a tool and die maker there for 33 years and retired in 1991.

On September 20, 1958, he was united in marriage to Frances M. Keuper. This union was blessed with one son and they resided in Lee’s Summit, MO all their married life. They were members of St. Matthew Lutheran Church, where Melvin held various offices over the years.

In his spare time and after retirement, Melvin was a seeding contractor, and plowed and tilled gardens around Lee’s Summit for many years. He enjoyed gardening with his wife and any project that created a need to drive his tractor. He enjoyed visiting with family and friends and especially looked forward to coffee and breakfast get-togethers. In his later years, he enjoyed monthly breakfasts with a group of old high school friends that lived in the area.

He was preceded in death by his parents, Otto and Anna Hesse; his wife, Frances; and one brother, Harold Hesse. He is survived by his son Ed, and wife Rita, of Pleasant Hill, MO; one brother Everett Hesse of Lincoln, MO; one step-granddaughter, Donna Borer; and many nieces, nephews and friends.

Memorial service will be held at 11am on Friday, October 23, 2020, with a family visitation starting at 9:30am. Graveside to follow at Lee’s Summit Cemetery. Arrangements by Langsford Funeral Home, Lee’s Summit, MO

Face masks will be required to enter funeral home.

In lieu of flowers, family requests donations be made to Pleasant Hill Meals of Wheels or Disabled American Veterans.

My prayers are with the family and friends. God Bless to all. Rita I’m sorry for your loss.

Offering my condolences to Ed and Rita and all Uncle Bud’s family and friends. May God’s Peace and Strength be with you.