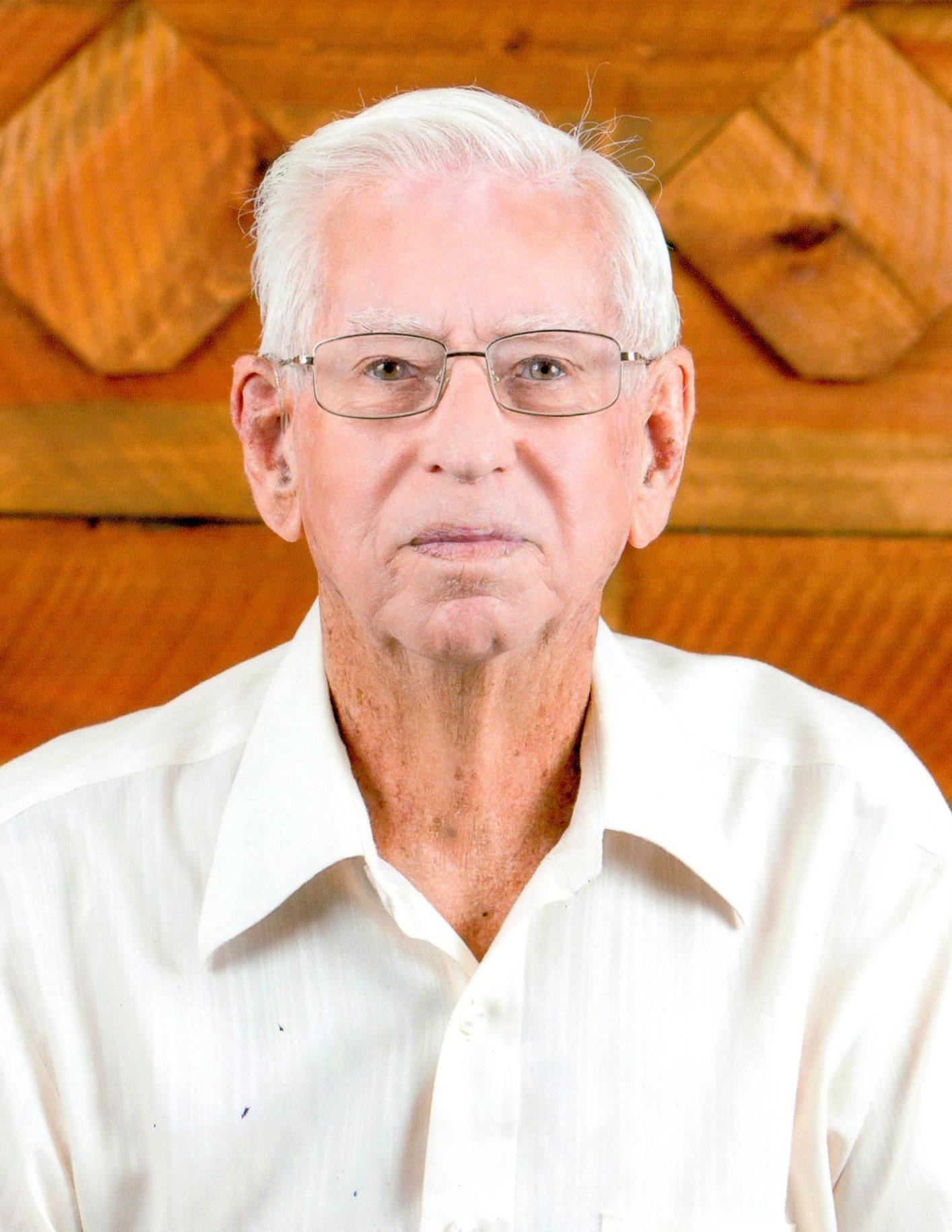 Milburn Junior Ensworth passed September 29, 2018. Visitation will be Tuesday, October 9, 2018 at Langsford Funeral Home from 10-11am. Funeral services will begin at 11am with burial to follow at Lee’s Summit Cemetery.

Milburn was born in Manhattan, KS on March 3, 1930 to Milburn and Mable (Sanders) Ensworth. He grew up in Lee’s Summit, MO, where he graduated in 1948, lettering in basketball. After graduating, Milburn joined the U.S. Navy as a Radio Repairman Helper, receiving an Honorable Discharge in 1952.

Milburn married the love of his life, Mary (Decker) Ensworth and had two children together, Mike and Paula. He was employed by Southwestern Bell as an Installer for over 30 years. He was a member of the Baptist Church and American Legion. Milburn’s many hobbies included fishing, gardening, always looking for a good bargain, watching movies with his pal, Tiki on his lap, and not to mention card games, bingo, or dominoes. But most of all, he loved his family.

He is preceded in death by his parents and wife of 61 years, Mary.

I pray Junior’s Family find comfort & peace in their many fond memories. I am very proud to call him my friend & will miss him dearly but grateful he knows no more pain & suffering. I look forward to setting across the table again to break bread, play dominoes or cards. Until then, find someone & deal em up Pop!

To Paula and family. I hope you remember me from long ago. I want let you know Im sorry for the loss of your father. It sounds like he had a great life.