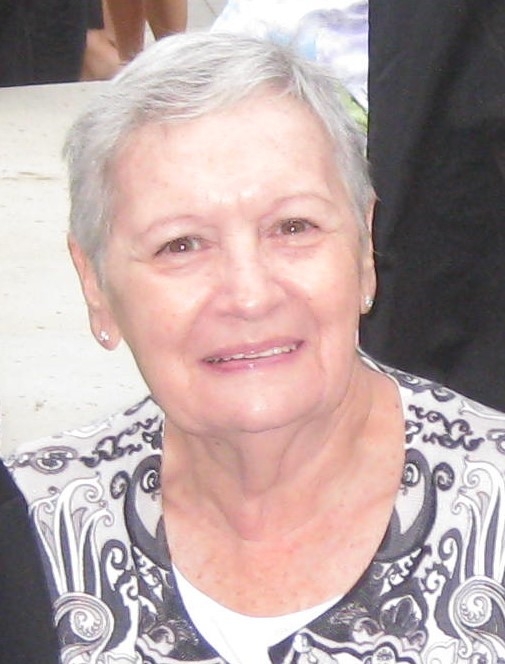 Nellie Pauline Williams was born March 21, 1933, in Lebanon, MO, the daughter of Knova C. Mullins and Nellie Mae Mullins. Pauline graduated from Smith-Cotton High School in Sedalia, MO. She was united in matrimony two times during her lifetime – first, to Emory Williams, Windsor, MO and second to Harold Bingham, Windsor, MO. She was divorced the last four years of her life.

Pauline worked in various positions during her lifetime: a waitress; restaurant owner; cook; hostess; mail postal server; bank teller; and the last approximate 40 years she served as a nanny to many families that came to deeply love her as “Miss Pauline”. During the last four years while receiving doctoring and home health services, she was known affectionately as “Miss Nellie”.

So very sorry for loss, the hardest loss, in my opinion, is loss of your Mom. Prayers for your beautiful family.

I am very sorry.She was my first boss. I was waitress at Williams Restaurant in Windsor.Prayers for your family.

You all are in my thoughts and prayers. May you feel the Lords comfort and peace during this time of loss. I am so sorry. One day we will see one another again. XOXO

We are so sorry to hear of your loss. Pauline was always such a nice lady. Our thoughts and prayers are with you all during this time. May God grant you comfort during these days.

So very sorry for your loss Pauline was very special to me. I’ll always have a place in my heart for her.

My dear cousins, I’m so sorry for your loss. I have nothing but good memories of her. I can still hear her laugh. I know how hard losing her is. Please know I send my love. Sandy

Lana – my heart is with you in this time of losing your mom. My thoughts and prayers are with you for keeping your mom close in your heart as you begin this journey of healing.

Miss Pauline cared for my babies 12 years. 4 babies to rock, 4 toddlers to chase, and later 4 kids approaching teenagers, Miss Pauline was a woman or integrity and outstanding work ethics. My family will forever be grateful for the love she poured into our family! -the Davis family

The staff, parents and students of Longfellow Elementary School hearts and prayers are with our beloved counselor, Lana Williams. We know she loved her mother very much. She shared me amazing stories regarding her mom with everyone. May God continue to bless her and the entire family. Love and hugs, Your Longfellow Family

Wish I could be there by your side Landra. You are
in my thoughts.

Chas, so sorry to hear about your Grandma. Prayers for you & the family to get you thru this horrible/painful time. Love you & your girls. Also remember we have BIG shoulders should you ever need or want.

She was just a lovely lady. Always pleasant, friendly and kind, she was always so good to my family in Windsor. AND, this lady could bang up some fried chicken now! RIP dear Pauline.